I bought this 3D map of Bulgaria. 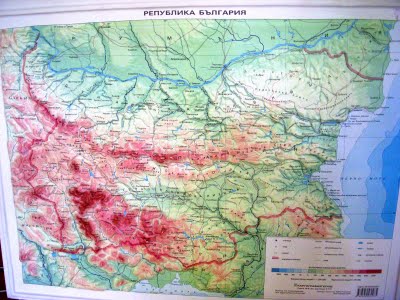 Staying here in Bulgaria there are many aspects I prefer than in my home country. The easy going, relaxed atmosphere is related with non-enforced laws. Jivko asked me if he could drink some beer in the car while driving to the house— I asked it is legal? He said yes, any passenger can drink alcohol in the car. Even the driver may have a beer as long as his or her alcohol blood levels stay under a certain level.

I mentioned the laws in America concerning an “open bottle” in addition, that a person would rather not use a used beer bottle for water in their car because they could be accused for an open bottle of alcohol, and that nobody in the car is allowed to drink. Here in Bulgaria a person can enjoy a beer in a park, beach or wherever. I can produce my own wine or Rakia, which is made from plums and sell it at the local outside market on Saturdays. In America, The UK, and mostly Western Europe these activities are illegal.

These two pictures is of the dog I pet sat along with the parrot. 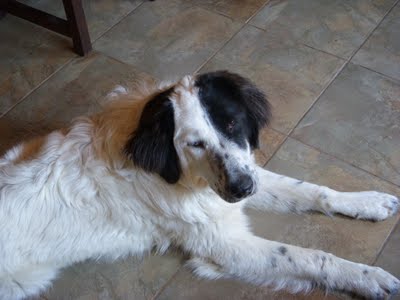 There are several other aspects I like about Bulgaria, an important aspect is that nobody tries to over charge me compared the countries I traveled including Greece.

The longer I am away from the United States the more I am observing the cultural congested baggage that people are stewing in; setting undo amount of rules and laws upon the populace is causing a repressive nature, which, in turn, causes discontentment and the crime rate to increase. 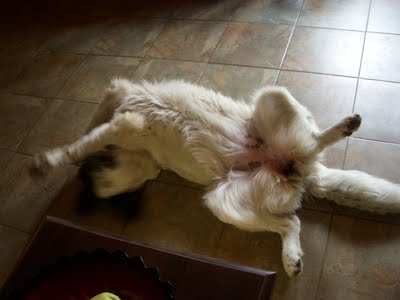 The crime rate seems kind of low here in Bulgaria, but I certainly don’t pay any attention. The only thing I notice is the police will stop people for speeding and check if the paperwork for the car is up to date. None of the police can speak English so they just let me pass.

Within the villages there is no police force whatsoever.