An Update & A Balanced View. 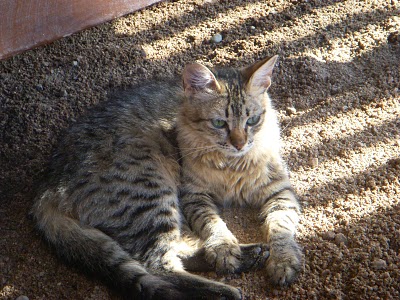 A quick update: I am feeling much better then I was last week. Due to the temperature change from cool Port Said and Ismaillia to extremely Hot Dahab, I found myself extremely dehydrated. I went to the pharmacy and got a re-hydration solution. 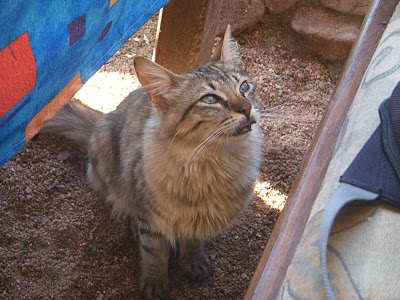 Also, I have been having major digestion pain, I decided to start taking an anti-acid each night to see how it goes. I am feeling so much better, I did experienced a major loss of energy, but back to normal. I have always been on the more acid side and have struggled with digestion problems – stomach pain. Once I got to the house I am staying at, I took the medication and slept for two days and I am back to normal. I will be carrying these packets of re-hydration solution with me until the end of summer. The solitude has been wonderful, having my own space, without slimy male hotel staff around. Arranging my own flat to stay in, will be of most importance, once in awhile when traveling. I am heading to Mount Sinai, I am not to sure how long I will be staying, although there is a good chance there won’t be any Internet in the area. I might not be posting for awhile. 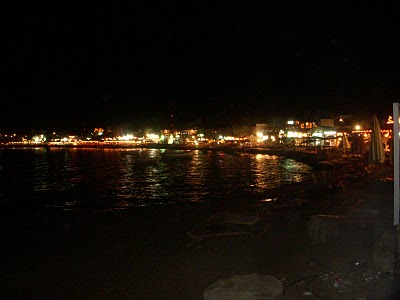 The cats are very friendly here in Dahab.

Here in Egypt, balance, is not necessarily a phrase I would use in everyday life. An extremely overly sensitive, emotionally imbalanced, enslaved culture – programed with an ideology that is attached to the core is what I’m coining it. A person cannot judge the religion of Islam just from the Egyptian strange way of life and behavior of hypocrisy. This is not an absolute generality, there are some very good people in Egypt, even though their programed. Within the book “Why I am a Muslim”, Asma – an American, sheds more of a balanced view on the religion of Islam. Also, when I was in California I read a short biography of Muhammad Ali, the former champ of boxing who lives with Parkinson’s disease, who chose the path of Islam. From living in a free country, a country that respects choice, each author manifests an expression of their path, which has been through Islam within their current life. In Asma’s book “Why I am a Muslim”, her experience is a vast difference compared to life here in Egypt under a traditional Islamic cultural. Certainly with clear education, and an opened mind – a balanced view can be attained.

Cultural rules in a Muslim country have become dominate when you look at issues such as female circumcision, honor killings, and such gross behavior which is based on fear of shame and nothing else. Creating rules beyond scripture, each country creates karmic bonds. Living in the west a man would not be allowed to have four wives, although here in Egypt it is OK, I have met many men that have at least two wives. The Quran says that it’s OK for a man to have up to four wives, although marrying a women – money needs to be paid. For the most part each culture takes what they like regarding religious practice, and the deep inner truth of the Scriptures, regarding faith and love is buried.

Each person in life has their path, although, karma is related on who might attain enlightenment. Very few people throughout the history of mankind have attained enlightenment next to the billions of humans. The only problem is that being positioned within one set of dogma limits their spiritual growth for enlightenment and coming to understand the whole, real truth. Every religion is under powerful deception, which religion in itself is a form of Idolatry. Even so, there should be no judgment – whatsoever – of an individuals path and choice of religion. I personally will always attack religion because of being a form of Idolatry, which the masses of humans are under strong deception regarding Idolatry. This whole world is under the power of the wicked ones. The Almighty Divine Creator does not reside in stone or wood.

Within a free society of choice, many individuals have come to learn what love is – and have stopped strongly judging any type of individual or being prejudice against them. Many people that are dogmatically positioned in a religion, and living in a free country of choice, a balanced view have been manifested because of education. Within countries of slavery, which program the young with an ideology that is glued to their core, this type of culture has a completely different outlook on spirituality. Qualities of the darkness are abundant within the populace of a country that enslaves, of course in the free countries there is a form of slavery, just on a different level. I have mentioned the idea of “love” to many Muslims here in Egypt and they seem at a loss over the subject. They truly believe the only way is living under ridged rules. Rules upon rules are the ways of the lower entities, not of the Divine Almighty. Love is Almighty Divine Creator, for the Creator “God” chose love over selfishness and personified love and the qualities in the likeness of the light.

The ideals that the Prophet Muhammad taught were on the level of the light and love, he did live at a high level of consciousness. The Quran itself teaches much of the ways of the light, although Muhammad didn’t write anything down. Of course, there are also many outdated ideas within the Quran which today are mistranslated; Asma clearly brought out this subject within her book “Why I am a Muslim” regarding interpretation, translation and the historical aspect. Even though the Quran provides some truth – it is only one side of truth. The Bhagavad Gita, The Dhammapada, The Hebrew and Greek Scriptures, The Tao Te Ching – must be studied along with the Quran. A person that is dogmatically positioned in their religion, most likely, will not read these other wonderful set of scriptures.

If a Muslim or Christian – who is positioned – comes across the Bhagavad Gita, they think religion instead of seeking the truth. Granted that each person is on their own path, although the ultimate reality does not reside within religion, which is a form of Idolatry.

The truth resides in Scripture – all scripture needs to be studied. Muslims – that are positioned – study the Quran which only tells one small side of the truth; they believe in Moses and Jesus – henceforth, most refuse to study the Hebrew and Greek Scriptures which is a major part of the truth. Moses and Jesus taught how to treat our fellow man, which Muslims, by their criticizing others, along with Christians and the rest of the world, fail miserably. This is not the case with everyone of course, although very common within religion of the world.

Since religion plays on the ego of feeling special, and playing the victim; it’s OK for people to misuse their tongue and they will just be forgiven; from what their religion teaches – without understanding the laws of karmic bonds, nor the what Moses taught, many people live without any self-control over their tongue. However a person might behave (good or bad), that person will receive their karma, if not in this life – then the next. Each person is of the light or darkness, and the light will live with the darkness until the harvest – for this has been written from the Prophets.

The subject of hell, which Christianity and Islam believe is a lie, not true whatsoever. The concept of two places is true, although, the context of what is taught is a lie. There will be a heaven – a new earth, under the ruler-ship of the king of the light. There will be a hell – the kingdom of darkness which will be on this earth. Two kingdoms with two kings, Jesus is the anointed king of the light. The man of lawlessness has not yet arrived to be anointed for his kingdom, although will arrive shortly. This is what the Prophets taught, including the Prophet Muhammad.

Each area of the world cultivates their religious dogma according to their cultural rules. If you teach a child hate (such as to hate Israel) then that feeling of hate will be implanted within the adult, which has been expressed to me many times by Muslims here in Egypt. Although this is not always the case with Muslims in the west, which Asma also brought out in her book. Asma also brought out the truth of equality which many countries of enslavement fail at. I am convinced with one concept lately – the countries that offer choice seem to have been granted power and intelligent wisdom from above, during the industrial years. Countries that don’t offer choice, regarding religious belief, have been oppressed because of the enslavement of their subjects. If a person is wondering why the countries of the west are so powerful – look at what type of choice they offer – even if they have wicked goals. Like the Quran teaches, The God is all powerful, all wise, all hearing, knowing everything – The Source – The Almighty Divine Godhead has all the control. By using the Phrase “The God” I am referring to the Almighty Divine Creator, which is not a god who lives in a stone house.

The bottom line is that all religion is a form of Idolatry. Nevertheless, religion also serves as a path for many, although once maturity has been attained, a person will be able to cultivate a closer relationship with the Almighty without a religion – it’s the attachment and being positioned which creates an in between. A person that lives under a strong, core religious ideology, might struggle to deprogram themselves. This is clearly manifested among religions that look like they teach the truth; nevertheless, some truth resides in each religion – that’s a fact. Consequently, each religion manifests falsehood and a deceiving form of Idolatry. Each religion is based on rules which masks what love really is. Each religion is based on cult Ideology which plays on the emotions of fear, guilt, and shame.

Reading a balanced view of Islam (in Asma Hansan’s book) after experiencing an enslaved religious cultural here in Egypt, shows that each person is on their own path seeking spirituality based on their own karma and destiny. Many people are meant to be enslaved for a lifetime, which there is a good chance we all were enslaved in our past lives. Oops, I forgot that is a eastern belief – past lives and karma – wow, could it be true? The western religions will never admit it – the scriptures of Krishna and The Buddha. All these enlightened humans were spiritually independent of an organized religion. Being spiritually independent – solo, without taking a position will free a person from enslavement of religion today.