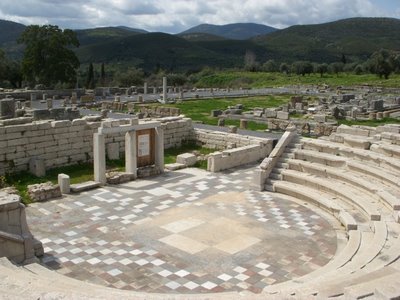 On Friday I trekked up the small town of Mavormati and Ancient Messini. The Taygetos Mountains divide Sparta and Messinian Mani, and Messinia. The route from Kalamata to Sparta requires climbing to the Langada Pass and change buses. Because of this mountain division, the domination of Sparta upon Messinia deteriorated around 370 BCE, after 350 years of Spartan rule. The Theban General Epaminondas claimed Messinia as their capital after he defeated Sparta. 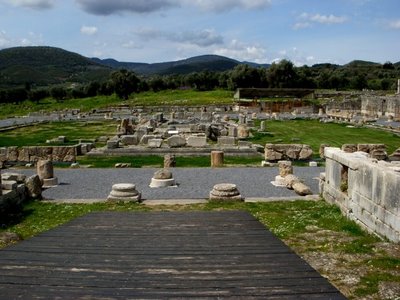 According to Diodorus, the city was built in only 85 days. No doubt, the Messenians were eager to re-establish their capital after four centuries of resistance to Spartan oppression. The fortified city of Messini, with its 9km long enclosing wall, which was part of the strategic barrier against Sparta, the southernmost of a chain of walled cities including Megalopolis and Argos. Ancient Messini became the new capital along with defensive positions against Sparta. Supposedly, a myth dictates that Zeus was born in Ancient Messini and not Crete. Who really knows where Zeus was born? I certainly do not know. 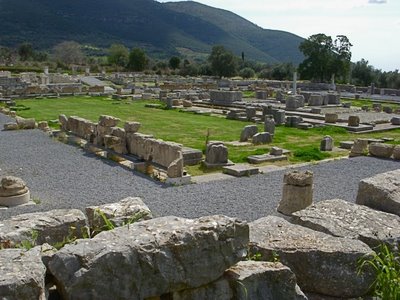 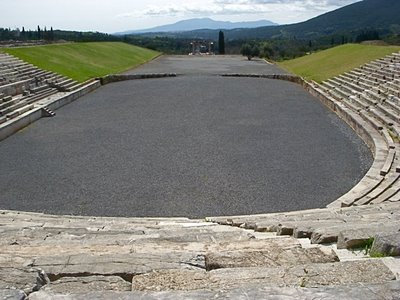 The Stadium with Mavromati in the background. 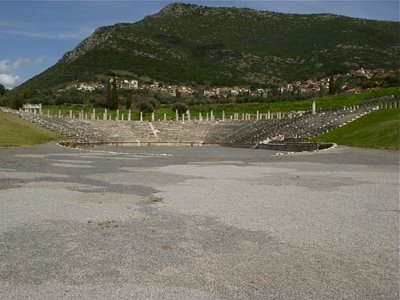 The site is free to visit. The design of the city is of many Roman styled cities I have visited. Ancient Messini inhabited a fountain house, two theater, a Doric style Temple of the deified Messene, an Agoria or marketplace, and a fine looking stadium and gymnasium. The center of the city stood the sanctuary or temple that was dedicated to Asclepios, the god of healing, which the model in the picture portrays. 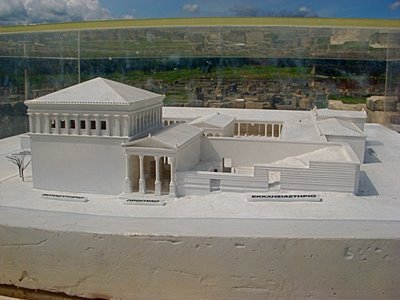 The temple of Asclepios dates from the Hellenistic period and is 71.9 meters by 66.67meters. A sacrificial altar existed within the temple. 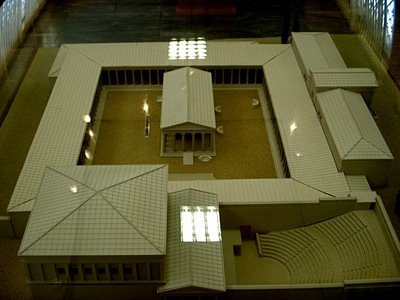 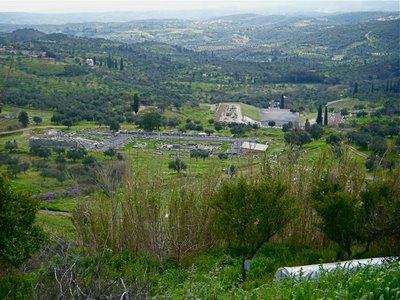 The above picture was taken from Mavromati.