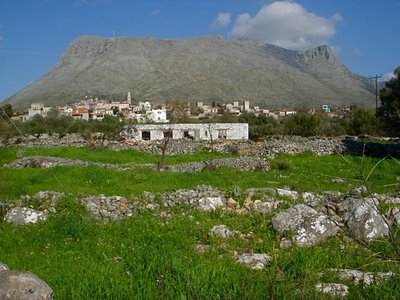 On Monday, I traveled from Kardamili to Areopoli, which is south on the Mani Coast of Peloponnese. Areopoli is named after Ares, the God of War, who correlates with Auman of Egypt, Bel of Sumer, and Baal of the Canaanites. Areopoli is a site of the Greek War of Independence as in Kardamili. Today, Areopoli consists of a stone brick town with the small population surviving on fishing, olive oil production, and tourism. 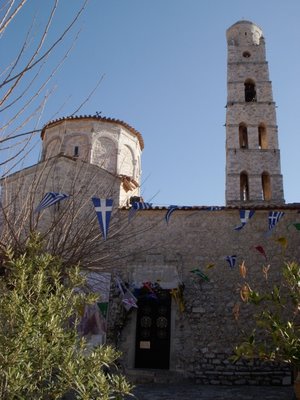 A Maniot, Petrobey Mavomihalis, declared the war the against the Turks in 1821. An army of 2000 Maniots advanced on Kalamata and after a two-day siege, the Maniots took the city. The statue of Mavrmihalis dominates Main square of Areopoli. The town possesses some fine architecture of buildings, tower-houses, and churches built from stone. I consider Aeropoli the stone village, which is the capital of Mani. The hotel I stayed at is an old tower-house that was converted into a hotel. The surrounding area is beautiful, and only about fifteen kilometers exists the most remarkable caves I have visited. 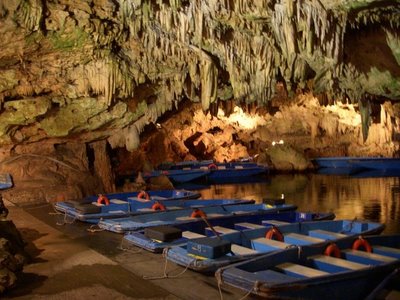 It is said that the length of the Diros Caves is fourteen kilometers. A large potion of the floor of the cave is a lake; the boat ride is 1500 meters through the cave. After the boat ride the walking tour is about 400 meters. 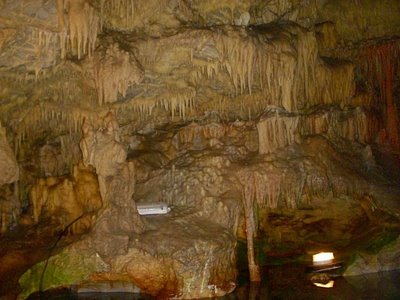 If anyone visits Areopoli, the Diros Caves are not to be missed. 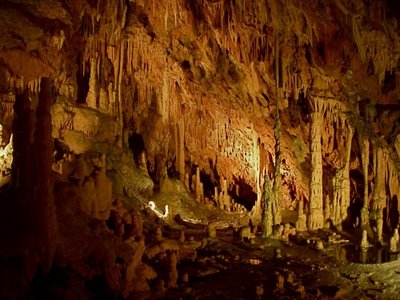 The Diros Caves are a spectacular natural wonder.