Today I arrived in Jerusalem by bus and found the flat, which is walking distance from the central bus station. The flat is basic, but clean and livable, although slightly cold. Jerusalem itself is quite cold in the winter, even though, there’s no comparison to the Upper Midwest of America at this time of year.

Mount Herman in the distance. 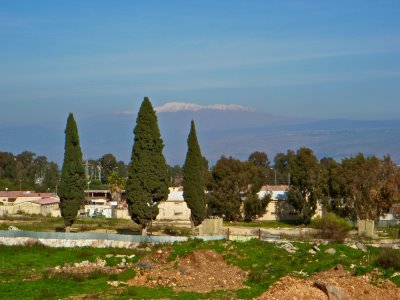 The situation worked out perfect, I took the bus with the bother of the organic family to Jerusalem. The brother pointed out many sites and historic areas on the bus route. I also viewed a part of the barrier wall dividing the West Bank. I decided how I will conclude visiting Israel. I will tour Jerusalem, Masada, The Dead Sea, and possibly Bethlehem, and Jericho, depending on the climate of the Gaza syndrome in the next three weeks.

Once I leave Jerusalem on February fourth, I will head back to Northern Galilee and tour the area, although I think I will rent a car for a couple of days. Renting a car will make it much easier to visit the historical sites. The last few days before my flight back to Athens, I will stay in Tel Aviv and visit the family of the organic farm. In Tel Aviv I want to visit the Apple store called iDigital to view the new Macbooks.

From the backyard of the house I stayed at, The Sea of Galilee in the distance. 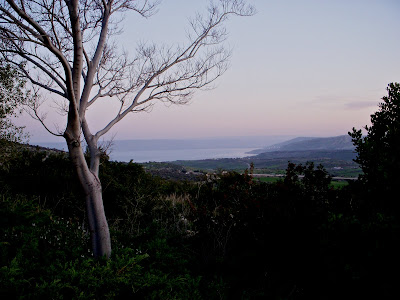 I have three weeks to throughly explore Jerusalem. I will have the flat to myself for the next week, while the flat-mate visits Budapest, Hungary.

Working with iWeb, I’m finding a wealth of tips and tricks on the web. I am in the process of indexing my sites with google and creating meta tags and sitemaps.