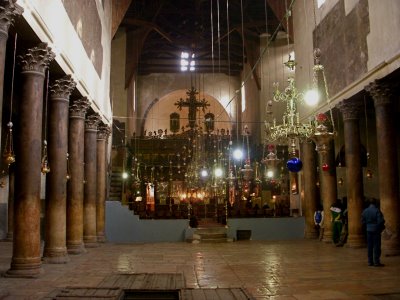 The knowledge of the story of Bethlehem and the birth of Jesus is worldwide, the manger, wise men, Joseph and Mary trekking down to Bethlehem from Nazareth. The Church of Nativity found its beginning early in Christendom’s era—it’s the oldest continuously operating church. In 326, the era of corruption for the followers of Jesus, the wife Constantine the Great commissioned the building of the church. Formally, the worship of Adonis existed on the site of the church, which is the case everywhere in the Middle East—a temple converted into a church, and in many locations, the church converted into a mosque. This site is most likely not the site of the Birth of Jesus. The Orthodox, Catholic, and Armenian clerics divide and divvies the Church of Nativity.

Through the church, a staircase leads down into the cave where the manger and the locality Jesus were born. Because of the corruption in the fourth century, Constantine transformed the cave into an idolatrous shrine. It’s interesting, Jesus taught to remember his death (Passover), not his birth, nor the resurrection. Even so, changing of dogma, bad habits, and self-centered admirations over hundreds of generations cannot change because the depth of deception resides in the abyss. The cavity of deception allows false dogma to prevail and triumph over the ignorant. 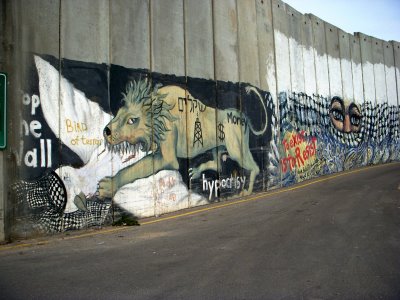 The barrier wall that divides Bethlehem and Israel is a tourist attraction in itself. The driver drove along the wall stopping to take pictures. Entering Bethlehem corresponds to crossing a border into a different country. Questions a person might be asking: is apartheid occurring, are the Israelis raciest, will the barrier wall help produce an independent nation of Palestine? To answer these questions, it is essential to identify and research both sides of the subject without claiming a position—neutrality is crucial. An interesting observation is that Israelis do not trek into the West Bank, people that I’ve met has never been to the West Bank—fear dominates.