Borsa, a small town, is located about 100km south of Damascus. Indeed, the Roman theater is one of the best-preserved theaters I have visited, and possibly the best in existence. An Arab fortress encompasses the theater with a Mott serving as a defense. The Old Roman Town was constructed of black basalt rock. It is said that this theater could of seated 15,000 people that is over half than the theater in Amman. 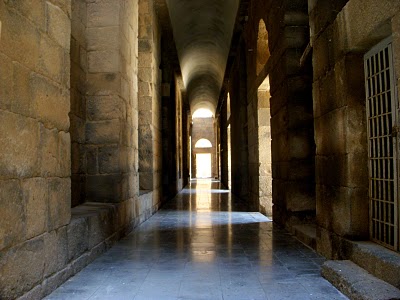 Serving as a garrison for a Roman Legion, a road was built linking Damascus all the way to Amman through Borsa. Borsa became of the capital of the Province of Arabia. The zenith era for Borsa was the time of the second century CE. All of the ruins of Roman Cities I have visited so far have a common lay out. Each city has a colonnaded street, a Nymphaeum, a Roman market, Roman baths, one or two theaters, a Tetrapylon, and a Roman Temple. For the most, a Byzantine cathedral occupied the site of the Roman temple after 323 CE, and in some areas, a Mosque replaced the cathedral after the Muslim conquest in 634 CE. 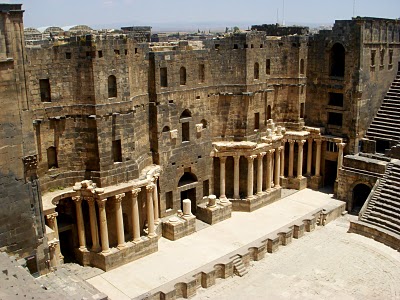 The theater at Borsa is a splendid site to see. Certainly, Borsa is not to be overlooked on your tour of Syria. The ruins of the old city.