The Archives of Traveling Turkey

I traveled Turkey for 2.5 months starting in the southeast, east, northeast, the black sea coast. Then traveled through the interior and up the coast to Istanbul. Turkey was the 5th country to travel.

Enjoy the 67 posts starting from the arrival in Turkey to the departure. I returned one year later from Bulgaria for 10 days with 3 more posts. 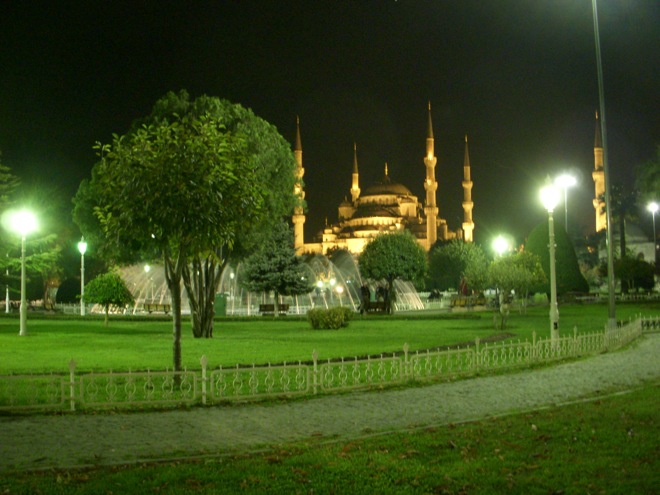 Yesterday I arrived in Konya enjoying some excellent cuisine. I met a nice guy from Belgian that travels a month at a time to different locations. He traveled Iran and loved it, and interesting enough, visited Somalia aside from other locations. Taking the tram into town from the bus station, I met a very beautiful Read more

Many readers might remember when I was in Urgup last year I posted a review on the Ailanpa Cafe & Wine House. I am back here enjoying grandmas home cooked traditional turkish cuisine Read more

A Return to Turkey!

I crossed over the border to Turkey on Wednesday and arrived in Istanbul. I stayed two nights at a very loud hostel and took the 12 hour bus to Cappadocia. The border crossing was comical. The customs decided to check all the bags of the buses, we were held up at the border for two Read more

The Complete Tour of Turkey.

I left Lebanon August 24 2008, I stayed in Syria for five nights transferring through to Turkey. From Aleppo I entered Turkey on August 29 2008. I hired a taxi in Aleppo for 500 SP to travel to Antakya; there was a 500 SP departure fee out of Syria. In Turkey I paid $20.00 for Read more

The big dog—Zeus, the Archaeology Museum is the best of the Museums, except for in Egypt.Today is my one year anniversary from when I departed California, I have admit, time flies—it doesn’t seem like a year. Even so, I am very satisfied upon my progression of traveling. Although, I have only visited five countries—rich quality Read more

I have arrived in Istanbul, at last. The landscape of Istanbul among the water is very delightful, everything I expected, even so, I am not a big fan of large cities, I do prefer the smaller towns. There is some hassle with people selling their goods, although it is much calmer than Egypt. Nobody bothers Read more

I am sure most of you know the story of Troy. Because of the historian Homer and his poetic writing, the war between King Priam and the Achaeans is a story that has existed down to our era.Situated on the shores of the Dardanelles (in that era), strategically, Troy grasped control of the trade route Read more

Heading out of Behramkale, I thought that visiting an island would be relaxing, and since there are only two islands of Turkey, I should visit one of the two. Bozcaada is one of the two islands that are of Turkey in the Aegean Sea. The boat trip is only 3 YTL, which is a big Read more