Taking an excursion to the most eastern area of Syria has been very absorbing. Without a question, the Euphrates River is essential to this area of the Syrian Desert. Upon arrival into to town, the road ended up in a fog, although, the substance was not fog it was sand dust. The visibility was about one kilometer, however, couple of days before the visibility was only two meters. The sandstorms that happen in the summer are unhealthy for the eyes and lungs. Deir er-Zur is a lot like the areas of Upper Egypt when looking at the infrastructure; trashy streets, and dusty – almost identical. Yet, the difference is certainly the mentality. People are very friendly and there not out to take your money. Assuredly, the Syrian people are much more honest than in Egypt and even in Jordan. 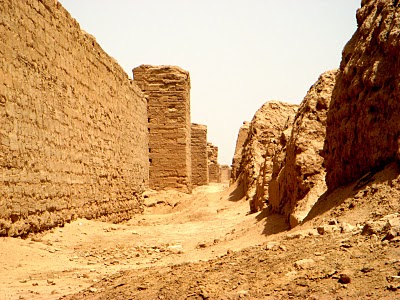 The trek out to Dura Europos and Mari should give anybody a good picture of the rugged land that the Syrian Desert really is – without the Euphrates River the area would be uninhabitable. The one-kilometer walk from the road to the enormous area of ruins of Dura Europos provided a feel of the desert solitude – it was captivating. Obviously, the desert can be beautiful, simultaneously – the desert can be very wicked and dreadful if caught in the wrong situation. Small whirlwinds of sand were very visible racing over the desert horizon. Reading about history regarding the travels of Abraham and other historical figures and empires; the idea of how far they traveled from Mesopotamia to the Levant; the difficult terrain that the desert and the Euphrates River abide in; naturally, a clear picture is attained by taking a jaunt to the east of Syria bordering Iraq. 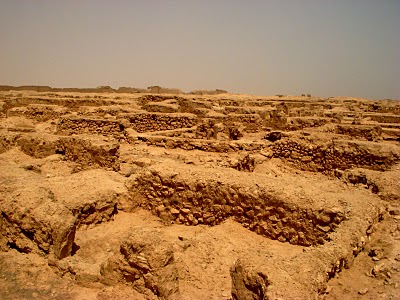 Mari is an area that dates back some 5000 years. Mari was an important city in Mesopotamia controlling the trade route and travel between Syria and Mesopotamia. The Temple of Ishtar was the predominate worship center, which is where they found the women holding the jar for water in the picture that is displayed in the prior post. The Babylonians destroyed the city in 1758 under King Hammurabi. 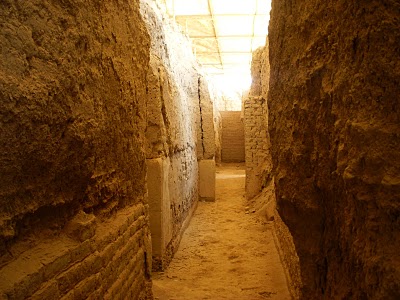 What remains are mostly the foundations within both of these sites. Nevertheless, it was well worth talking the jaunt, and time, to visit these most eastern sites in Syria. Today I am in Palmyra, I will be stay for a couple nights. Hama will be the next stop.