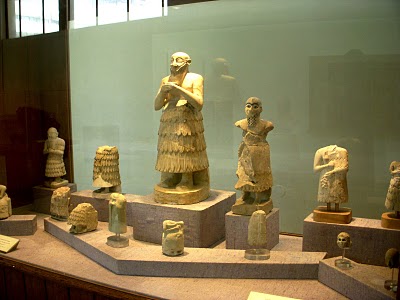 Today I am leaving Aleppo for Deir Er-Zur, I decided not to stop in Raqqa, – the sites in that area are very difficult travel to. From Deir Er-Zur I am hopping to visit Dura Europos and maybe Mari, both sites are close to the border of Iraq.

The French people I have been couch-surfing are very nice people. Saturday night we went to hang out with their friends in the area, as well, on Monday night we went to watch the soccer match, which France was playing. I find in interesting how I met the group that works for the French center in Damascus, and additionally here in Aleppo. The preconceived ideas and stereotyping that exists about the French I find to be incorrect. 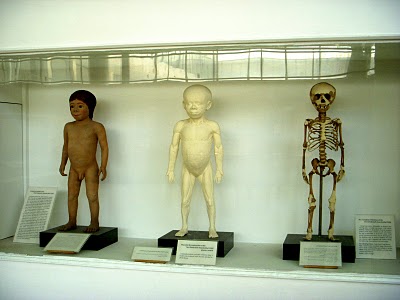 The above picture is a skellton of a Neanderthal boy.

Aleppo is a vast difference than Damascus and the Syrian coast. The level of conservativeness reminds me of certain parts of Egypt. Interesting enough, ignorance and closed mindedness prevail among the conservative lifestyle. From traveling in Egypt for a length of time, I can see right through the stupidity, which is based in fear, guilt, and shame. 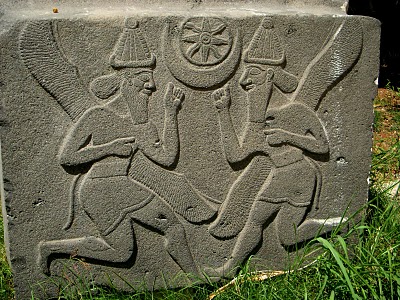 Remember what I mentioned in Egypt about the three? The Almighty in the center with the Anointed one of the light on the right and the darkness on the left.

A clear manifestation of a programmed ideology that enslaves people within their own culture, family honor means everything. People control one another by an uncontrolled noisiness that results in damaging gossip – behavior Moses and Paul taught to avoid. What will people say or think is the concern – stuck in a community without the ability to move away, a person will scrutinize their own behavior and outward appearance. The actions of the female become predominate – the utmost concern. 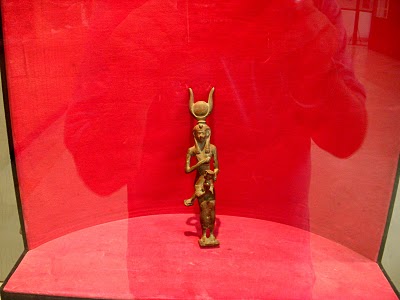 The people I am couch-surfing with has been to Beirut and said that the city is very different with a very opened minded western mentality. 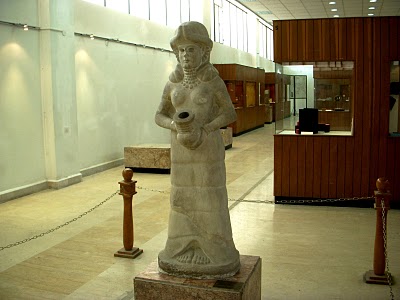 All of the pictures posted are of the national museum here in Aleppo. I was not able to get pictures of the best area; one of the workers decided to tour me around. Yet, the difference here in Syria than Egypt is that the person wont ask for money, even though, he might be expecting a little something – they wont come out and ask. I just say ‘thank you’ many times, I certainly did ask for a tour guide. 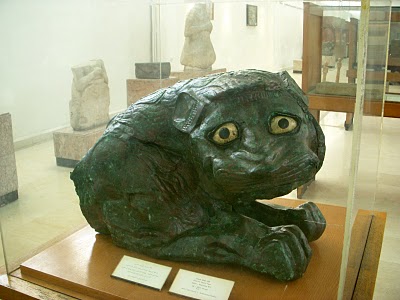 The picture above they found in a temple of Dagon of the Philistines.

I am not sure on the Internet situation in Deir Er-Zur, I might not post until I get to Palmyra.