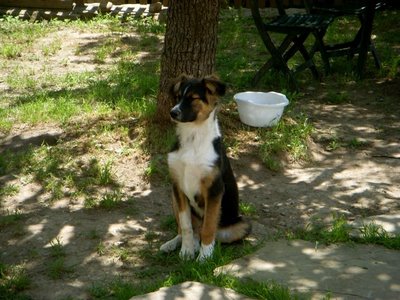 Meet Robbie the puppy doggie. Beautiful if you ask me. He is sitting tall and contemplating why the cats in the neighborhood refuse to play with him.

The couple of the house will be back around the 27/28th, so I will be here for a few more days, which is OK, I did allow a window of flexibility, I am in no hurry.

Staying here in the country side about 15 kilometers from Tryavna, I have observed the largest variety of insects, and flying creatures, along with the most incredible bird songs throughout the day and, interesting enough, during the nighttime. The presence of most creepy crawling creatures and flying insect critters I do enjoy, even the wasps and bumble bees; however, the size of the hornets in this area resemble from the Jurassic era, I have never seen such large hornets. It is best to have a tennis racket in the house just in case, I choose to keep my distance from the hornets.

I have no idea what this interesting flying insect is, however, check out his radar. 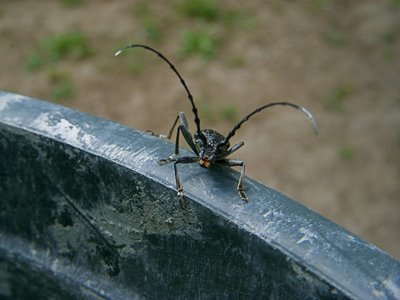 Traveling a post Soviet country, I cannot help from remembering back in 1989 when the Berlin wall fell and the Soviet bloc slowly dissolved. The perceptions that generated from preconceived ideas in America were of fear and danger. I remember the common thought was traveling Poland or The Ukraine that you will be mugged and robbed because the Mafia controls the infrastructure. Possibly, some danger existed, however danger of theft or bodily harm also exists in the large cities of America and can happen in anywhere of the world. 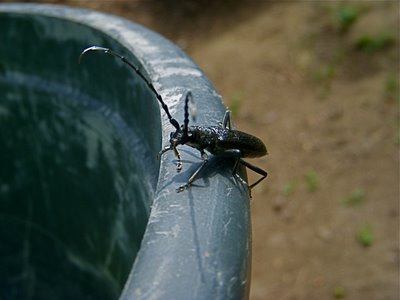 The perception of Bulgaria, Romania, and Russia, from what I remember, was portrayed as supreme on the danger list. Today, I experience Bulgaria as an ultra pleasant country, predominantly, easy going compared to the countries I have traveled. A measure of negativity exists in every country and culture and, indeed, there is a measure of negativity imbedded in the culture here in Bulgaria. Within the former Ottoman countries I have visited, there exists a unique breed of negativity because of five hundred years of oppressive subjection—each country is downtrodden with a different degree of negativity verses positive. Comparing Upper Egypt to Greece is a fine example, as former Ottoman countries. Bulgaria is slowly changing, though, bracing against, but simultaneously, welcoming the western onslaught of imperialism. 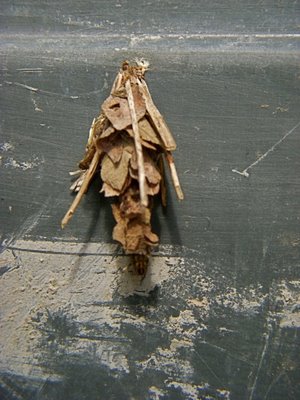 In addition to the subject of perception, oddly enough, the stereotype mentality of the west consists that the women in the eastern countries are abused, and strongly desire to meet a westerner. I have experienced this to be untrue. Indeed, there are dating sites that can provide a wife for someone in the west, I knew a couple of men in Santa Cruz that married Ukrainian women, although both marriages ended up in divorce after a time; however the girls did receive their green card. Of course, there are different forms of abuse within every culture around the world. The attached stereotype image in regards to cultures, counties, cities, and personal reputation is a twisted perception or reality.

The neighborly sheep and their guardian. 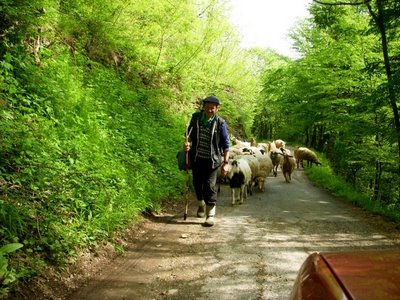 The majorities of women that I have met here in Bulgaria are in relationships and show no interest in moving to the west; compared to Greece, the girls are more unapproachable, though friendly, but the language barrier does play a role. From my experience from the countries I have traveled, from a male perspective, I experienced the Greek girls to be the most friendly, open, and talkative. Indeed, the Egyptian girls are most bold, in addition to the Arabs to be the most traditional, which can generate an attraction in itself. From meeting other travelers from around the world, I found the Polish, and Slovakian women to be the most approachable, friendly, and charming. This is not an absolute generality; this is my own personal experience.

The town of Tryavna in the picture below. 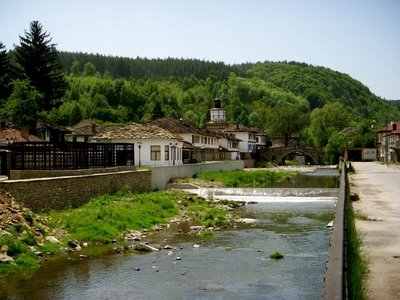 Currently, I am contemplating of returning and nesting here in Bulgaria for awhile, I was offered a third house sitting situation in the autumn, although I will be traveling Romania and Serbia starting in mid July.