Ismaillia – Off the Beaten Path. 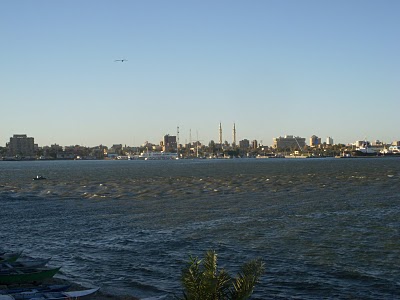 Ismaillia: certainly not a tourist town or a town you hear much of, indeed; a town that might not even make it on the map; nevertheless, it is a town that the long term traveler may find as a paradise in its own way. Sitting upon the shores of Lake Timsah (Crocodile Lake) on the Suez canal, the town was founded by Pasha Ismail in the 1860s while the Suez canal was being built. With a picturesque town center, at least for Egypt; with expansive lawns and elegant colonial streets it makes the stay for the traveler worthwhile. Indeed, there is more money in the towns along the Suez Canal, which makes a difference, although sad to see that money is such an issue in the world. Ultra relaxed, friendly people – what more can a traveler ask for? They do have a youth hostel here in Ismaillia in the network of Hostelling International. Not only is it clean with a private bathroom in my own room; the cost is only 13LE a night which includes a good breakfast. For $2.50 a night, the hostel is basking on the lake with their own beach. I feel like I am at a resort. They have a restaurant and coffee shop in the hostel for their guests. 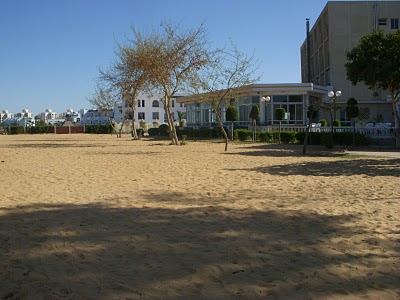 Last night they had a concert for the guests at the hostel. There is a group of older people from Cairo staying at the hostel. Also, there are many students that are in collage, which stay at the hostel while in school, many speak good English. A couple of handful of kids from all over Egypt are at this hostel. Last night we had a good time. They had a band from the town with live drums and a traditional stringed instrument and a few singers. They played traditional music. They also had one guy who danced for all the older ladies. He got a couple of others guys to dance, and – like always, they got me up to dance since I was the only westerner, although, there was a guy from Yemen at the hostel too. Low and behold they were very surprised of my dance-ability, so very surprised they insisted that I danced to every song afterward, entertainment for the elderly ladies and all. We all had a blast. Kind of interesting dancing with men, although this is a part of the culture. I did feel for the two younger ladies that were there, I could tell they would have liked to dance, but the culture will not allow it. It’s strange, in America I would have labeled to the core (the subject of being gay) dancing with men. Although within this culture it’s very normal without any social stigma. Holding hands, arms around each other is just normal behavior for both men and women. Even shaking your hips toward each other is no big deal culturally. Dancing to live drums again was wonderful. My samba dance moves surfaced from stored memory, it felt great, considering I was unshaven, my clothes were slightly dirty, and my hair was standing up.

It is amazing how the energetic entrainment affects an area. Even though there are people from all over Egypt, even Upper Egypt, the energy of the atmosphere which dominates the area will have its influence. Even though many people carry emotional baggage, the majority are very friendly and nice. When I might bring out a negative aspect – there is always the positive not far away. There are many honest hearted people in Upper Egypt – the energetic entrainment just dominates. 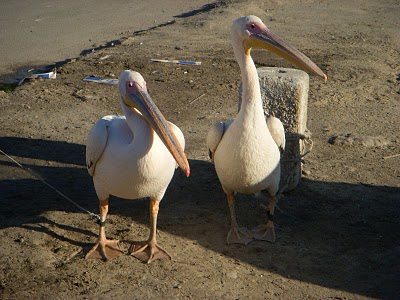 This is what traveling is all about – even though one area might be a headache, such as Luxor, once the traveler moves on and lands on a ultra serene, relaxed, friendly area – the friendly, hassle free area – creates inner joy. The challenging places creates endurance, long suffering, and patience – inner qualities of strength. A different contrast of energies in each area a traveler can benefit from. 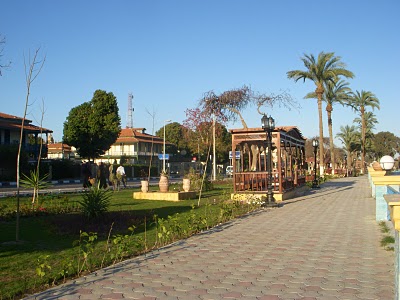 I will be in Ismaillia until Wednesday. At that time I will travel to the town of Suez for two nights. Then off to Dahab and the wonderful land of Sinai.

The last night I was in Port Said I went back to visit with the guy that serves up Ice Cream. Just a very nice, honest hearted guy he is. Certainly a person I could be best friends with. We had normal conversations without the perception that I was just a tourist with money. I spent a good four hours, although he was busy serving up ice cream, the area was a good people watching area. Port Said is a town were the women dress the most liberal, as liberal it can get in Egypt, at least. As an example, some women would wear jeans with a short mini skirt over the jeans. If they would wear a dress that reached their knees only, then they would wear tall nice boots with skin tight slacks under the dress. Of course they would wear a head scarf that matched the rest of their fashionable outfit. 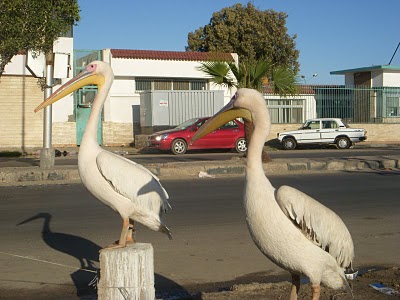 When I was in Port Said I ran into two Japanese travelers, one guy out for two years, although he commented how he didn’t have a job. The other guy was traveling for a year, they met in India and now traveling together. They were walking though the market area where my hotel was in Port Said. We said hello and started chatting. Strangely enough they comment how they liked the street we were on, I was a little perplexed due to the fact the canal walkway and beach was much nicer. They were visiting Port Said as a day trip from Cairo, which most tourists do. I ran into an American guy, down in Aswan, who also did a day trip – he didn’t have much to say about the town. Anyway, the two Japanese guys commented how the other streets by the canal were “lonely” meaning there wasn’t many people around because of it being Friday – the weekend. The two emotions I find many tourists and travelers struggle with are boredom and loneliness, even that the two Japanese guys were together. I have come across this several times with other travelers, this is one reason why people are on the go. When I stay in an area for an extended time (like Port Said or Al Qasr) other travelers/tourists always ask “what do you do”? Wondering what did I do with all my time, again, needing to be in motion to avoid unwanted emotions is really the subject. I agree with what Barney Fife on the Andy Griffith show always said – “you need to nip it in the bud”. I am sure if Opie wasn’t around, old Barney would have said “you just need to bit it in the ass”. Extreme measures sometimes need to be taken when looking to battle the two unwanted emotions of boredom and loneliness. When I was Abu Simbel a guy from Indonesia arrived to work with a person from Sweden doing caregiver work, to my surprise. His bags got lost and were stuck in Cairo because his travel agent created a travel route of a joke just to get Abu Simbel from Sweden, he did originate in Sweden. He was in Abu Simbel for about two hours, I was sitting doing some reading and writing in the garden area and we started visiting and he comment how he was already bored. I look at him like he was nuts, he realized he had a long six weeks ahead of him. When I was at the valley of the kings I ran into an American women who was living in England, visiting Egypt for about one week. She also asked regarding getting lonely while traveling; the answer is that loneliness comes from within – what’s missing? Facing the unwanted emotion and filling yourself with spirituality is the only answer. A person can learn major lessons watching the 1960s black and white show of Andy Giffith with Barney Fife. Nipping it in the bud, there are many subjects that you have to attack at the root – not the branches. Like Barney Fife said “you fight fire with fire – not with a hose”. I was able to take a micro station wagon with six other people for only six pounds from Port Said. One guy spoke good English and we talked about the same subjects of where from, they all ask about if I am married, I do now have the answer in Arabic. The majority of people do ask what will I do after I am done traveling? I express the moment is what matters. All things happen in the moment. Of course, tentative planning is beneficial, although everything takes place in the moment. Faith is the moment which is the opposite of worry or fear of the future, which many people nowadays are affected with. Many common emotional aspects of humans despite culture or language.