The big dog—Zeus, the Archaeology Museum is the best of the Museums, except for in Egypt.

Today is my one year anniversary from when I departed California, I have admit, time flies—it doesn’t seem like a year. Even so, I am very satisfied upon my progression of traveling. Although, I have only visited five countries—rich quality is the result. I can explain the deeper levels of the Islamic culture and the differences in culture from Egypt to Turkey. I have a much deeper understanding of history of the Middle East. If I would have to return to America, I would return extremely satisfied. However, indeed that is not the case, the frontier is awaiting, and there will be exciting travels to experience. 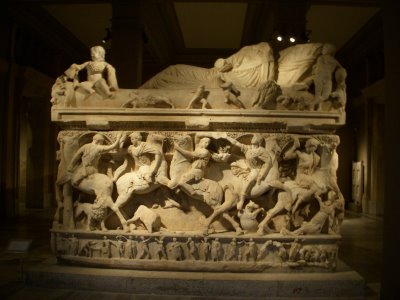 Ironically, my anniversary date is the day I am departing Turkey, and out of the Islamic world (for the most part), this was not planned. I will be around more Islamic countries such as in Palestine, Bosnia, and Albania. Even so, the complete last year has been traveling in Islamic countries—not at anytime have I ever experienced, or felt I was in danger—on the contrary, everyplace I have visited is very safe and friendly.

Quality verses quantity, an article I posted when I was in Egypt provides satisfaction. I have met many other travelers that rush around to other countries, sometimes only visiting the capital city—their words have the tone of dissatisfaction. Nevertheless, everyone has a different style of travel. Avoiding preconceived ideas and expectations are other articles I posted before I departed, which I applied to my mentality and outlook that provides satisfaction. The article Planning, Disappointment, Attachment, has proved worthy wisdom for myself. 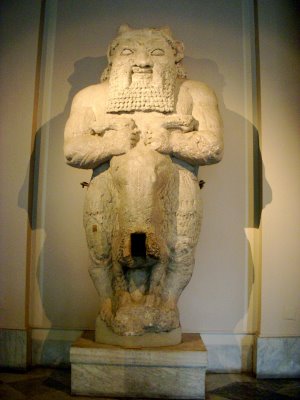 Five countries in twelve months I have traveled, only. Most people try to visit eleven or twelve countries within one year—personally, I am to old to be traveling so fast, might be one reason why I don’t have grays hairs, although I still dream about buying my first cane and rocking chair—that day will arrive.

A few statistics:
The amount I paid for Global ATM transaction fees are Zero, I have not paid a single ATM fee.
I went on one tour in the last year, which was the world war one sites on Gallipoli, it was the best way to visit the sites. After reading Mark Twain’s book, The Innocents Abroad, I have avoided tour guides and tours. I did hire a tour guide at the Temple of Luxor, The Temple of Bel, and at an underground city in Cappadocia, only. I rented one vehicle, in Turkey, in the last year.
I never booked any hotels or transportation in the last year, except for the hotel for my arrival in Cairo.
In the month of January I only spent my interest that I receive from my bank on a monthly basis.
The interest rate bounced from 5.25% to 2.50%, and currently the rate at my bank is 4.00% in the last year.
I attained my budget with a small surplus at the end of my first year.

Within the last year, I did not plan on visiting Syria or Lebanon, the original plan was to cross into Israel from Jordan. Instead, I visited Syria for one month, and house sat in Beirut for two months and thoroughly traveled Turkey by heading East before the touristy West.

I couch-surfed two weeks in Cairo, one week in Dahab (house sat), two nights in Amman, and five nights in Aleppo. I did not do any organic farming in the last year.

I never inquired any type of food poisoning or got sick from drinking the tap water, I did drink tap water in every country, including Egypt. My digestion did loosen up a few times in Egypt from the change from western food to Egyptian food, which is normal, although I was not sick. I inquired two head colds in the last year, only. I did end up dehydrated in Dahab, Egypt, although after taking a rehydration solution I was back to normal. The Obelisk of Theodosius.

The next year, starting tomorrow, I will be starting in Israel for three months. Once I get back to Athens, I am thinking on heading to Crete and then it will be Eastern Europe, although I will not be forming, or setting a time table, I could be in Europe for two years. I have been strategically planning a tentative route, plus I will be changing my style of travel, slightly.

The post of my complete tour of Turkey will be posting tomorrow. I will be in transit to Athens and into Israel for the next week. I will post short updates on my progress, although, I need a break from blogging for awhile.