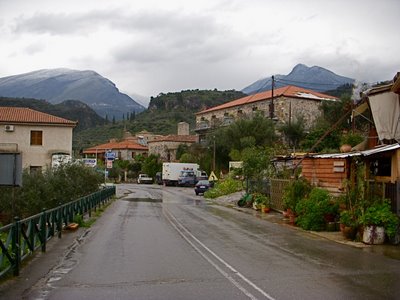 I arrived in Kardamili last Friday. The Poet Homer, around 1200 BCE first mentioned Kardamili as one of the seven towns that Achilles was offered by Agamemnon as a dowry to settle the Trojan War. During that era, Kardamili was the main port for the city-state of Sparta along with Gythio. Local legend dictates that the tombs of Castor and Pollux—twin brothers of the Helen of Troy—reside in the old town of Kardamili. Ruling for two centuries dating back to sixteenth century, The Troupakis-Mourtzinos Clan proved to be the most powerful and engaged in the War of Independence in 1821 against the Turks. The clan ruled from fortified tower-houses in the old town of Kardamili. These tower-houses exist everyplace on the Mani Coast. 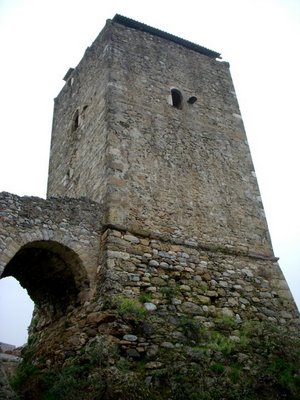 Within the old town, an 18th century church, with a collection of vacant tower-houses still remain, and are well preserved. I experienced the town of Kardamili quite delightful and charming and one that will go onto my chart of favorite towns, but another town that survives solely from tourism. 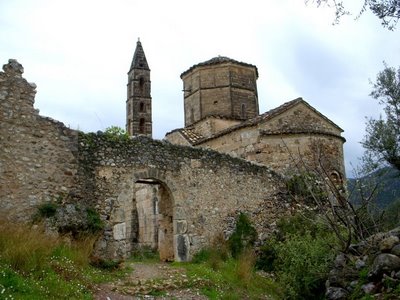 The hotel owner, an old crouched over woman, was quite interesting, she didn’t speak any English, although we did accomplish the bargaining process. She said 40 Euro a night for the room, which had a kitchenette. I moaned and groaned and she asked my how much and I said 35 Euro. She agreed reluctantly; I gave her 100 Euro and asked for my change. We went down stairs and she offered tea, she called her son who speaks English. The old, crouched over woman tried to bargain for a higher price and I said no, she did give me the change with a downhearted demeanor. After about twenty minutes she knock on the door, she started to show me that I had to run the water a long time to receive the hot water, and then asked if I would stay for three days. I said no, but I knew that she was not comfortable with the price of 35 Euro. I was somewhat pestered from her whining and just gave her 20 Euros more, which added up to 45 Euro a night. She was hesitant, but took the money—I will not make a big deal out of money. The next day I stopped at their door and their son was visiting, they invited me inside, and offered homemade wine, feta cheese, homemade organic beef that their other son raises, and a cooked small type of bird they shoot out of the sky with its head attached, and we were all joyful having a bunch of laughs. There were so happy, they let me use an iron, and turned on the heating so I could dry my clothes that I washed in the room. 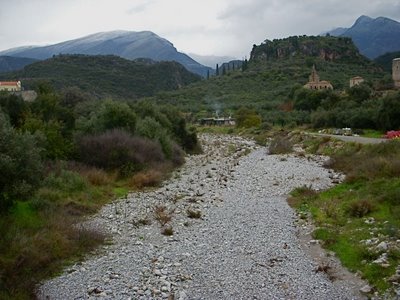 Interesting enough, the day I was leaving I stopped to give them the key, and again, they served me tea and we said our goodbyes; the lady followed me out and give me 10 Euros back and kissed me on both checks. I find it fascinating how people relate to money.