As the saying goes at least, Santa Cruz is Weird. Living in Santa Cruz California since June 10th 1999 is certainly a place to be mentioned. Basically Santa Cruz is a big community with the small town flavor and mentality in certain circumstances. Here in Santa Cruz you can find just about anything and everything. This is a town that is very health conscious, spiritual, democratic, and liberal although it still can be very conservative among certain groups and clicks with rigid judgmental thinking which is only within certain domestic situations.

In many ways Santa Cruz is “weird” which is a matter of personal definition. I may accept certain things as normal that another person might find very weird or even “wrong”. Downtown Santa Cruz is basically one long street called Pacific Ave. Great place due to the street musicians, homeless transits, which the town does have its share, which has created very strange laws. Hippie pot smoking type of group that seems to hang out at the same place. It is also very common to see women holding hands that are in a relationship.

The most comical situation that comes to my mind is when a woman goes topless, this does not happen every day but I have observed this happen more then once. Basically there is no law against it because if there was then men would always have to wear a shirt. If men can go without a shirt why can’t women? The only time they could receive a ticket from a cop is if a store owner would complain because of a disturbance.

One day when I was driving for the sedan company. I was driving a couple from New Jersey, we come up to this intersection that receives a lot of traffic and there was a topless woman giving everyone the peace sign. The couple was appalled, they couldn’t believe it. The most interesting concept that we observed was at that very moment there was a police officer talking to her and then drove off. I tried to explain to this couple that it is not against the law. They thought she should have been put into jail. I guess out here we just get use to these kind of things. I was born and raised in Minneapolis and I just think of the concept of a woman walking around topless downtown Minneapolis or even worst such as the Dakotas or Kansas or other ultra conservative states, something like this would bend people out of shape big time.

I thought it was a great way to freely express oneself. Certainly this woman was OK with her body and very confidant with herself. 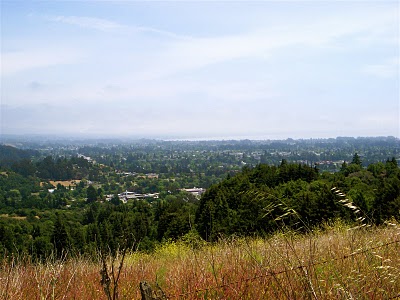 There is also this guy that dresses up as a woman that has been hanging downtown for years. Mr. Pink, the name I call him puts on thick pink makeup and wears pink clothes and even has a pink umbrella. The strange thing is that his blouse had turned brown slowly but surly. Plus he needs to get pink shoes which would look much better. When a person visits Downtown Santa Cruz be prepared for some good people watching.

The as the saying goes in town, “Keep Santa Cruz Weird”.

The only major negative aspect is the collage here in town, which some people would disagree with what I have to say about it, but most people do agree with me in this subject. The collage has a strong influence on the town. The problem is the inflated ego-arrogant people that work up there, which is fueled with false pride. I drove the top people that run the collage and I must say they are utterly arrogant, deluded because of their ego. The collage itself really isn’t that big of a deal. The only thing is the campus is very nice because it is on top of the hill and in the redwoods. When I first moved here I was astounded by the level of arrogance that is in this area, and how the collage is the influence because of their strange ideology. Now days I just ignore it, but those negative qualities of the town stems from the collage. 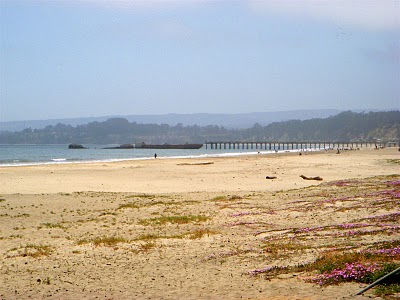 I have to admit Santa Cruz has been good me in many ways. The first two years was very challenging. This area will test a person, basically you make it or break it. Learning the depths of the culture of California and Santa Cruz and cultivating some very good friends was of great value. Who knows if I will be back here someday or not. I know one thing I highly doubt I would ever live east of the west coast.