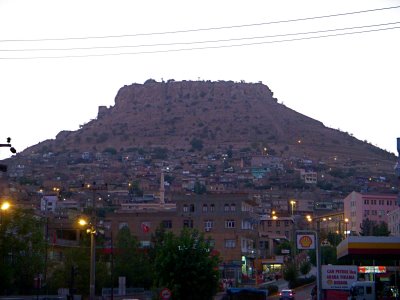 Mardin is situated on the slope of a high hill where the eye can gaze into the distance of the Mesopotamian plains. The populace of Mardin began under the rule of the Hurri-Matani Hittites and experienced the directive of all the major kingdoms of history. Today, the dominating castle serves as a military base. 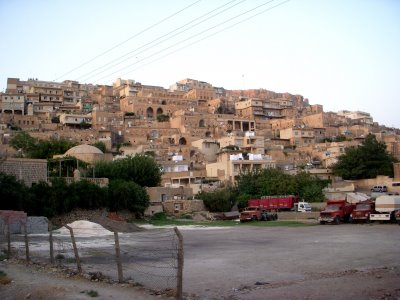 Many buildings and some mosques in Mardin date back to the twelve-century. There are several sites scattered around the area including a Monastery that dates back in history, although I am not that interested in doing any extra excursions, mostly because of the expense. Mardin is mostly Turkish with a blend of Kurdish and Christians. Mardin resides with a relaxed energy compared to Urfa, although conservative 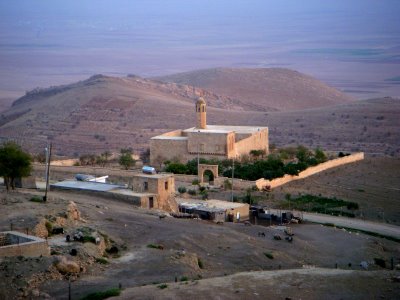 During my visit in Urfa, I ascertained concerning the traditional conservative lifestyle of the Kurdish Muslims here in Turkey. Not all Kurdish are Muslims, nevertheless, Urfa exists under a strong dominating culture somewhat similar to Upper Egypt. The discrepancy and a subject that rubbed me the wrong way is the subject of horror killings. This particular area of Turkey will murder their daughter if she is seeing a man without any approval, and especially if she has sex before marriage. The family of the guest house expressed that if a bother or father of a girl finds out she is seeing a man, even as friends, the family will kill the man she is seeing. Murder is justified on the grounds of honor verses shame. However, the culture does not view it as murder. Consequently, the darkness will dominate the culture. Murder and supporting the behavior allows the darkness to exert control over the populace. The cultural behavior is much like Upper Egypt according to the separation of the sexes, marriages taking place without the mates being granted time to get to know each other, rules upon rules must be observed among the culture. 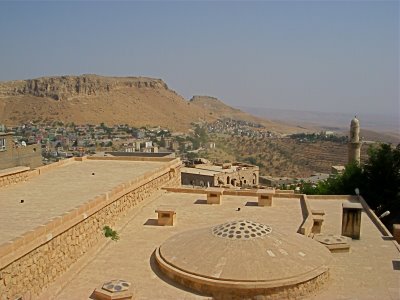 Please note: The Egyptians would rather settle a dilemma then pursue such an extreme measure of murder, the families would most likely force the couple that had sex to marry. Honor killings do exist is certain parts of Jordan. This behavior of honor killing/murder occurs only in certain parts of Turkey.

In Urfa, separation and divorce are unheard-of, even if the newly married couple doesn’t like each other after one year or so of marriage, they are stuck because of the shame that the populace will execute upon the couple. Honor and reputation dominant the behavior of the populace of the town, consequently, freedom of expression is stifled and repressed; boredom and depression dominate the demeanor of the populace.

It worked out well that the person from France arrived the same time I arrived, I would have not wanted to stay at this guest house just with the family; the energy is stagnating. They are a couple that is very dedication to their religion, which is OK, although—the few hosts that I have experienced that go through the motions of their religion causes an atmosphere of judgment, and an egocentric mentality. 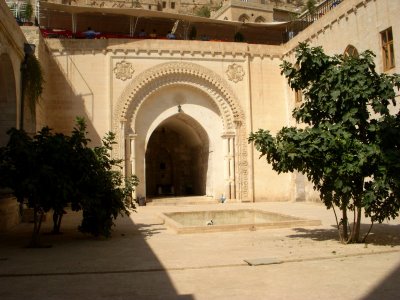 The mixture of supporting murder and worshiping their god (lower entities) that is a form of Idolatry is a detrimental combination that causes separation from the Divine Spirit.

After the couple of the guest house observed my reaction to the action of the populace murdering to preserve their honor, and when the French guy (who expressed to be an Atheist), and I revealed that every religion is convinced they are correct and what if his religion is wrong—the next morning he had nothing to say to me, and was very cold, I left and departed from the town. Even so, the town of Urfa is worth visiting; the town itself is nice with an amiable park. 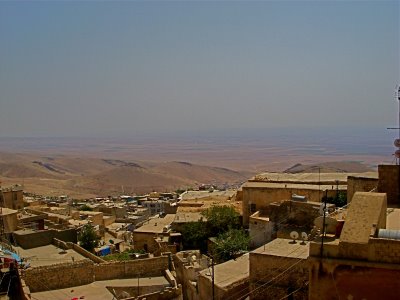 Taking to people of a culture that their honor predominates over their natural love of their children, and controls every action—the revelation of the bottom root subject of honor verses shame—shames them, and boggles their mind once they comprehend that you understand the depths of the subject. The husband even started asking my what if I would live in a town and people would start gossiping about myself—I told him I do not care what other people think. For the person that has a concern what other people may think—that person subjects himself or herself as a salve to the mind of the ignorant. 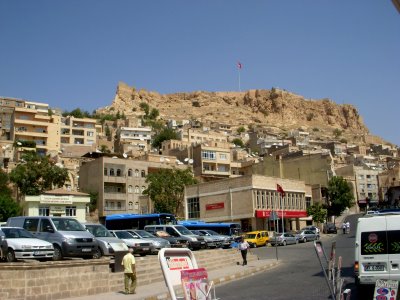 The cave that they claim Abraham was born in is within a Mosque behind glass. People pray and honor the stone and cave. The energy of that Mosque I experience to be strange, indeed stone is a form of Idolatry that the populace is severely deluded and mislead into conjecturing they are entreating the Divine Spirit—the world religions of the Common Era are deceiving the masses of humanity. 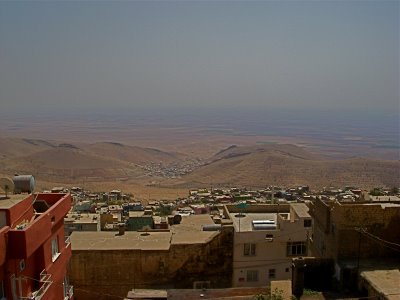 The two kids below decided to latch on to me and tour me around Mardin. Today I arrived in Diyarbarkir, I will be staying for a few days then to Tatvan and Van that are situated at a higher elevation. 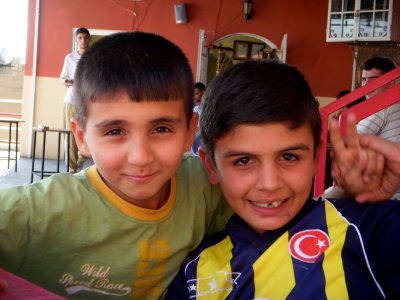