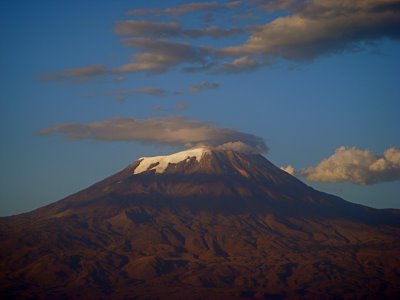 I arrived in Dogubayazit yesterday from Van, I took a minibus and met some nice people from Iran on the bus. Dogubayazit is sitting at the foot of Mount Ararat. A beautiful mountain as you can see from the pictures standing at 5,165 meters. Turkeys highest mountain that is a dormant volcano; the last eruption was on June 2, 1840. Snow caps the top of Ararat year round, ice has formed on the summit. 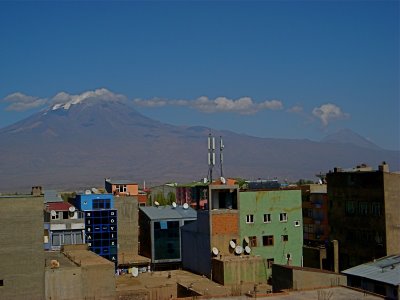 I have uploaded shutterfly with over 100 pictures of Turkey. I am staying at a nice hotel that has a comfortable roof top area. Additionally, the person that runs the hotel had a older Lonely Planet addition of Turkey and he gave it to me, much more detail than the slightly worthless Middle East guide. 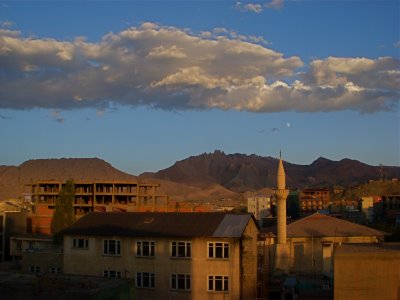 The person at the hotel who speaks good English took some time to visit about the deeper context of the culture. The younger generation, indeed, yearns for change—the older generation is fearfully resistant. The younger people will protest, which a few years ago they would refrain from protesting against the controlling style of the parents and culture. A culture embedded in slavery can only change slowly. Dogubayazit is another town that the men are out in the streets, at the cafes and restaurants—the women are at home, although all the men that I have talked to said the women like being at home. From Egypt to Turkey, the men always commented on how the women get fat and ugly from staying at home, the result of suppressing free expression. If a person cannot freely express oneself, they will age, and grow old quickly, expressing a demeanor of sorrow and grief. The women that cover—gain weight and grow homely at an accelerated pace than women that don’t cover. Indeed, women have a need to be pretty and express their beauty that adds to a healthy self-esteem. Nowadays, it is sad to observe humanity using this freedom of expression to satisfy self-centered, ego-driven desires—balance is the formula. This world is at a severe imbalance that choice between the darkness and the light will be mandatory. 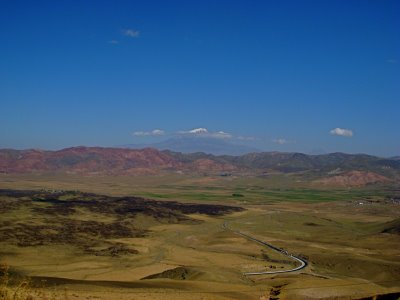 The men that originally submitted rules into the Islamic culture were wicked cruel people. The revelation of a few bizarre rules of Islam are staggering. After a man has sex with his wife, he is required to take a shower. If there is full insertion, he must take a shower, it is mandatory for a Muslim. I am not too sure, how a person could have sex and not fully insert. If a woman is sitting in a chair and she gets up, the man is required to wait for a “time” before he sits in the same chair. If a man even touches a woman, their arm, or hand, the man is expected to wash the area that touched the women. These rules are not necessarily applied; much of what the Quran says, people do not apply. The point of the matter is the teaching itself, strange rules that was put into effect. 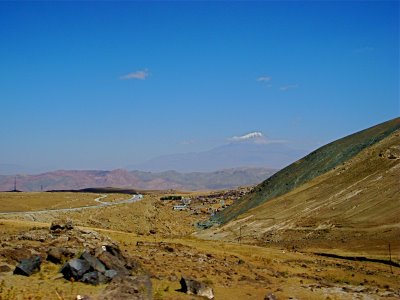 The Prophet Muhammad only had daughters and many wives; these rules did not originate from the teachings of Muhammad. The egocentric, wicked men of the darkness that produced these bazaar rules must have hated women. These strange rules depict the female as dirty—a teaching that results from Idolatry mixed with potential murder. The Quran teaches that if the wife of a man does not listen, after three times he can beat her; the person I visited with, commented, it is common that women get abused, although spouse abuse is common in the Western world, too. Within small towns of Southeast and Eastern Turkey divorce will not occur, even if the abused wife goes to the police. 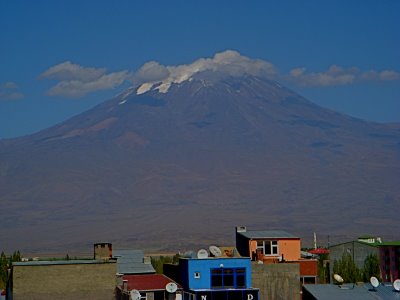 Out of the five pillars of Islam, one pillar that is never mentioned is the giving of alms to the poor. A wealthy family will give a portion of meat to the poor during the feast in December; this feast does serve as a justification. In every town, there are poor people on the streets begging for money. The Muslims do not observe the ideals that Muhammad taught. The men that wrote the Quran were of a lower level of consciousness that formed a controlling religion. Muhammad taught concerning the community and that everyone is to be equal, that situation is not a reality in the Islamic world. The Western Catholics and Eastern Orthodox pursued a dogma beyond what Jesus taught that resulted in Idolatry and murderous rampages that caused a blood-guiltiness. The rotten fruit of the world religions can never recover from their Idolatrous situation.

The result of over a thousand years of repressing sexuality is clearly manifested in the western world. The hippie era of the 1960’s popped the top off the pressure cooker. There are countless of people that have issues with sexuality because of religious repression. The porn industry is a multi billion dollar a year business—sex sells. The bizarre attitude concerning sexuality is getting worse. Sex in itself is not to be condemned—the peculiar, eccentric attitude behind the natural action of sexuality is what creates karmic bonds. At a paramount level the world experiences sexually transmitted diseases, unwanted pregnancy, and bizarre situations that individual’s inner desire of lust crave—responsibility is vital concerning the subject of sexuality and the reality of life. The Islamic world is deeply fearful of the change the younger generation yearns for—the repression of sexuality, and separation of the sexes, triggers men to be continually preoccupied about sex—computer pornography supplied with masturbation activity is common around the world with both genders. The repression of sexuality produces a lack of free expression concerning sexual relations, some couples are fearful of judgment to express a desire or fantasy. The repression of sexuality from the time of the fourth century CE has caused monumental problems for humanity.

The power of the darkness is crafty concerning the deception and lies that exist in the world. The darkness of the lower entities induced the deception concerning sexuality among the dogma of the world religions—crafty and cunning—humanity believing a subject that is opposed to nature. Ego-driven power-tripped maniacs of humanity that fostered an imbalance of nature for the benefit for the power of the darkness has injured humanity.

Striving for balance and moderation is indispensable—a positive attitude will conquer the negative. Wisdom can only supply the answers to normal sexuality in a world that is imbalanced.