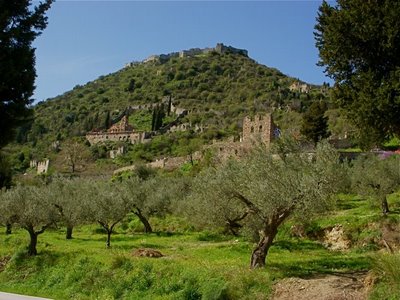 Mystras resides six kilometers from Sparta. Mystras is a former city that is built upon a high hill, consisting of a lower city, an upper city, and the castle at the top of the plateau. In 1249 CE, the fortress found its foundation; the Franks built the fortress. The Byzantines defeated the Franks and made Mystras its capital. 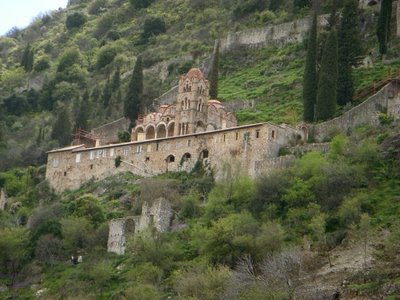 The population grew to 40,000 inhabitants, during the time of the Venetians, but the Turks recaptured Mystras in 1715. In 1770, the Russians burnt the city. Ibrahim Pasha burnt the rest of the city in 1825. Restoration began at Mystras in 1950. The climb up to the fortress is quite grueling; even so, there are many churches, buildings to explore, and spectacular views that create a good rest at the top of the fortress. The little village of Mystras is charming compared to Sparta. On the bus from Sparta, I met an English guy who lives in Qatar working for the news network of Al Jazeera. We both did the climb together, which worked out well. 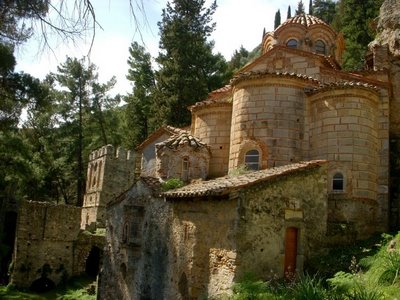 Mystras was declared a world heritage site in 1989 and one of the biggest sites on Peloponnese.