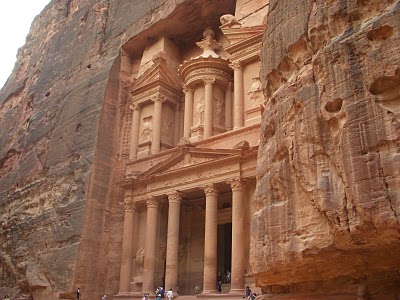 Petra is certainly a wonder in itself, the structures are cut right out of the sandstone rock, indeed the kingdom of the Nabataeans were very hard working and creative people. They call it the Rose Stone City. The picture above is of the treasury, although each of these structures are only of a couple of rooms, most were used as temples, tombs, storerooms, stables and such things. 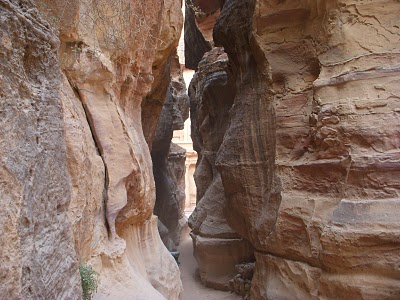 The area of Petra is a very large area which you have to walk through the As-Siq to get there, even though the walk through the Siq is wonderful; the Siq also provided as an ideal natural protection from a enemy invasion. It wasn’t until 106 CE, that the Romans, who annexed the area in 106 CE. At the end of the Siq you arrive at the treasury which is the picture above. 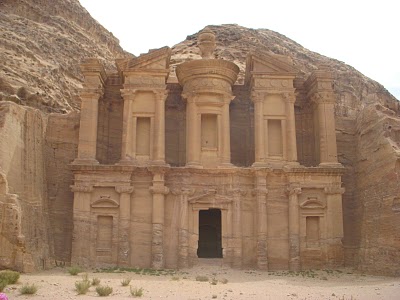 Today I went up to the Ad-Deir, which is called the monastery in the above picture, which is a climb of 800 steps, although I got a good deal riding a donkey. I really didn’t want to tire myself out, Petra is a major hiking area. Tomorrow I will go up to the High Place of Sacrifice. There was also a place of sacrifice not to far from the Monastery. Very impressive how they climbed to give their sacrifices to the gods. 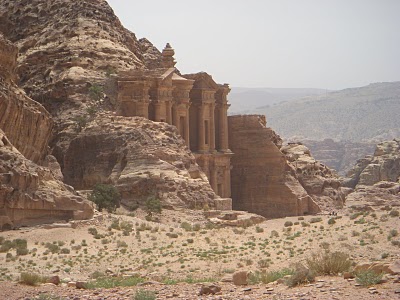 The Great Temple of Petra is quite impressive in itself. Kind of similar to the Egyptian Temples, although there was a few major differences. They built a theater in the temple area, there was also a roman bath on the side of the temple. In the below picture you see a gate into the walkway, just right of that you can see the remains of the Great Temple. This picture shows the main area of the city. 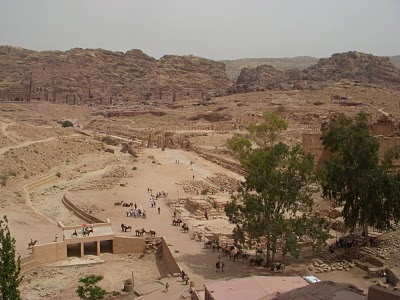 It was very hot today, nevertheless, I did start at 6:30am, the walk from the hotel is all down hill, and I mean all down hill into the site. I walked back up to the ticket office, which then I got a taxi to the hotel, this taxi guy is also going to drive me to Dana when I leave Wadi Musa. From Dana I will most likely go to Karak or make a stop in Tafila. 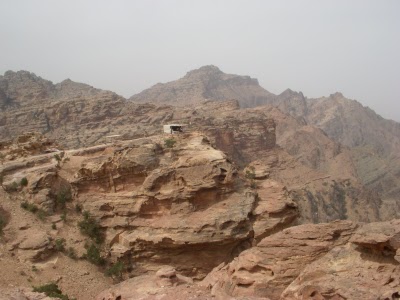 Wadi Musa is not all that bad of a place considering the amount of tourists they get here. Certainly a person does not get bothered like in Egypt. It is considerably noiser than Aqaba. One big difference is that the public likes their government. Having a good economy helps greatly in the comfort of the populace. There are a few things I see common among the Arabs, you always have to bargain, and they don’t always tell the truth when it comes to business. Of course they don’t see this as lying or cheating a person, but it is. Many of the Internet cafes here in Wadi Musa have their own private cubicles, give the men more privacy to watch porn, LOL. Observing the bazaar mentality regarding sexuality in the world, I am very happy and chose to transcend the whole subject. 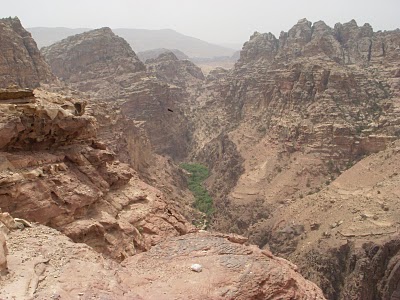 The Bedouin here in Petra are very different then in Sinai. It is very interesting, the different energies among the Bedouin people. Mark Twain had some strange things to say about the Bedouin, henceforth – he did have the influence of the 1800’s and as a white man reagarding the Indian which was not so positive. 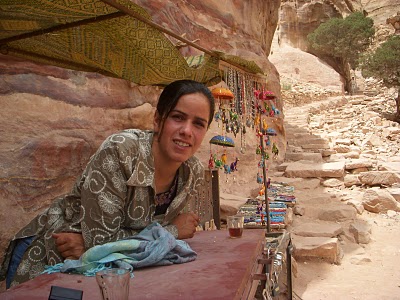 A very nice lady, she invited me to have some herb tea on the way down from the Monastery.