The humidity here in Beirut has lowered in the last few days. On a semi-overcast day, I decided to go walking along the seaside and take a few pictures. Reflecting over the last eight months has been meditative process. Related to the traveling subject – The Pyramids of Egypt is the most influential, outstanding site. The areas I found to be superlative is the White Desert, the Nile River, and the Pyramids at Giza. Additionally, snorkeling in Dahab or the Red Sea is an experience that’s unforgettable. Petra is indeed outstanding, but the next highlight I found to be enthralling are the castles in Syria. More castles will be visited once I am in Turkey and Eastern Europe. 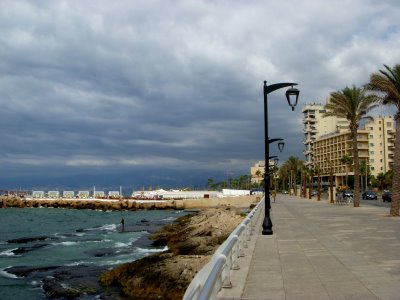 A problematic circumstance that is clearly manifested among humans is boredom. From my observation, boredom is the predominant issue among humanity. Humans don’t like, nor enjoy, experiencing boredom. Boredom produces a low self-esteem; boredom is debilitating to self-confidence and self-assurance; boredom correlates with loneliness that are two fascinating subjects, and the reality of the two should be considered. 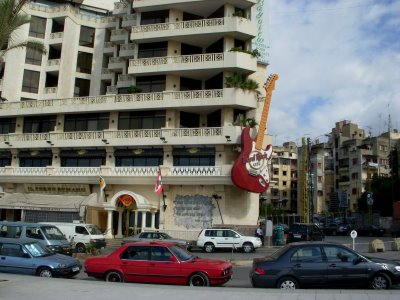 In the West, the situation is slightly different from here in the Middle East. Many different activities can provide a person with an active lifestyle that is challenging and purposeful. The need and desire for an active purpose in life is a natural phenomenon. Realistically, humans enjoy feeling useful, pursuing a purpose; thus, work provides this need. Before electricity existed, humans had to work to live. Wood was essential for the winter, bread needed to be cooked each day – manual chores, nowadays the situation is different. However, personally meeting people that do work everyday, ten to twelve hours a day, boredom dominates their intellect, and the power to troubleshoot is reduced to diddly-squat.

This is the subject that I have found to be an absolute phenomenon: observing a person that has lost their joy, motivation, and purpose – who has become passionless concerning everything, a person who experiences everything as boring. This deeper context of boredom is a subject that a person will want to avoid sinking into, sinking into a merciless pit that will ensnare the person. A person who is lethargic concerning life, their mentality slows to a halt. The intellect is severely damaged by becoming passive, living without the motivation to read a book. I have personally experienced people that live utterly bored concerning everything. In the presence of one or two people that are utterly bored in life, the atmospheric entrainment is so powerful; my own intellectual capacity was affected. Consequently, boredom breeds addiction; addiction to nicotine is a predominant activity here in the Middle East. In the West, there is a strange focus on liquor, although not with everyone. According to my observation, there are a high percentage of cultures that display a peculiar attitude concerning liquor. The western ideology generates alcoholism; an easy boring lifestyle contributes to its cause. Boredom creates bad eating habits, caffeine-drinking habits. Boredom creates a vast variety of habitual human behaviors.

TV, video games, and the Internet has provided an avenue to pacify a person’s boredom. Television manufactures a passive mind if used immoderately. Video games have proven to be a major culprit in the cultivation of a non-participative mind. The Internet will depend upon the user. If the Internet is use to educate, the user will benefit. Reading, studying, educating, and meditating on the intellectual data, are predominant activities that causes a diversion for the brain from becoming passive, lazy, indolent, lethargic, and idle. Boredom has such a strong grip on the populace that reading is boring. Because of idleness and passive activity, the brain – the interconnecting neurons are damaged into a position that the person’s inquisitiveness is handicapped. Creating new neurons and improving the intellect of the brain is challenging, the person who experiences the deeper context of boredom – change may be impossible.

One tactic to conquer boredom is that a person has to be OK doing nothing; naturally, action is always in process, even if a person is sleeping or meditating. Nevertheless, coming to grips and accepting that us humans don’t always have to be doing something can be an aid to accepting the energy and context of boredom. Continually challenging the brain will reinforce the intellectual capabilities that contradict the deeper trap of passive boredom.

As a neutral observer, I have found this subject to be fascinating.