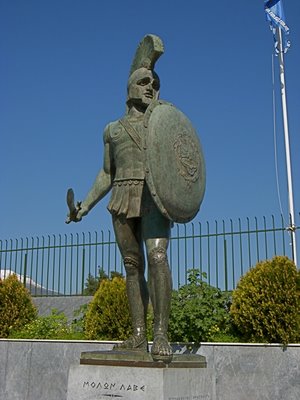 The city and region of Sparta is most popular from its history. Today, Sparta is nothing to speak of considering the energy of oddity that it possesses. Even so, most people will find themselves in Sparta to visit Mystras. The engulfment of Sparta’s history relates to the military and the infamous hoplite. The most popular battle happened in 480 BCE when a few hundred soldiers prevented an entire Persian army from conquering and dominating Greece. 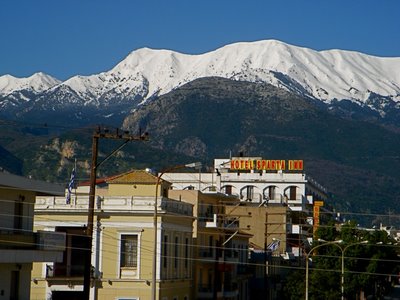 The Spartans fought ruthlessly based on self-sacrifice that caused a merciless ideology. Every Citizen of Sparta was considered a hoplite. The hoplite training began at birth that lasted until they were sixty, which the men lived in the barracks until the age of thirty. Newborn babies that did not pass the test of fitness were left on the mountain to expire. Even though, the life of the Spartan slave proved to be a life of harsh cruel labor. The word “Spartan” defines as: “showing the indifference to comfort or luxury.” 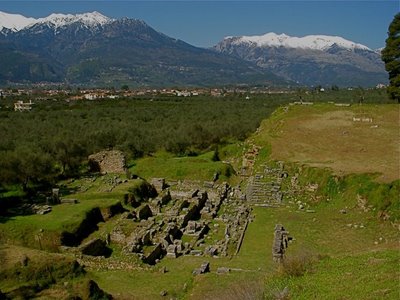 The decline began in 371 BCE with the battle of Leuctra. The long drawn-out Peloponnesian wars were conducive to the decline of Sparta, too. Helen, who made-off and eloped with Paris of Troy was from Sparta, which sparked the long Trojan War. 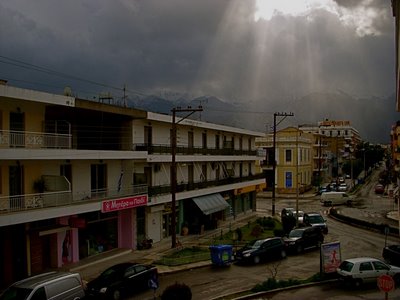 I experienced the energy of Sparta a complete contrast to Kalamata, and especially the Mani coast. My inner chemistry was slightly shocked from the change of energy. Interesting enough, at the bus station I met a nice woman who is working as a teacher in Sparta for one year, but is from Athens. She expressed how she dislikes living in Sparta, and we agreed concerning the odd energy. The energy is comprised of anger and discontentment; there is an uneasiness that exists within the city limits of Sparta. 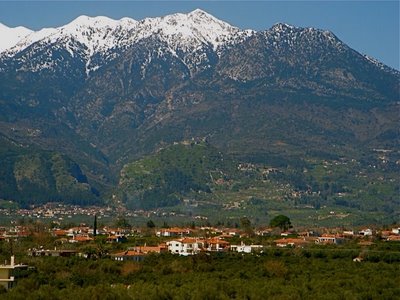 Although from the pictures you can view that the surrounding area with the snow capped mountains of the Taygetos Mountians are a beautiful site to behold. The view from the mound of Ancient Sparta is outstanding, including the view of Mystras from a distance.