Tartus and the Island of Arawad. 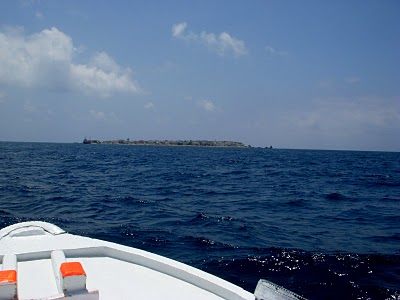 I just uploaded many pictures on shutterfly.

My stay in Tartus has been very interesting. I noticed that there is some strange energy here. It feels very controlled. Finding someone to get into a meaningful conversation has proved to be impossible, compared to Egypt.
Indeed, people do not seem happy, there are no smiles on people faces. Certain people look at me with suspicion and spite. Nonetheless, when I do meet somebody, they are very nice and do welcome me, however – the conversation is short. Despite the fact that people look angry and miserable – nobody speaks out with any complaints. Economic strain, boredom, and changeless circumstances – clearly, a manifestation on peoples faces. 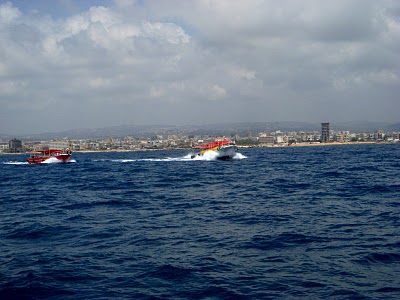 Here in Tartus, the neighborhood I am staying is two blocks away from the sea. From my observation, the ratio of women that cover is two to every ten. Most women dress the way they like – very western. Regardless of attire, openness relates with freedom of expression and speech – that is something that seems to be repressed. In Damascus, although a big city, people would converse in good conversation. The heat of the weather could play a factor within this context of subject, although I really don’t think so, economics is playing a key role. 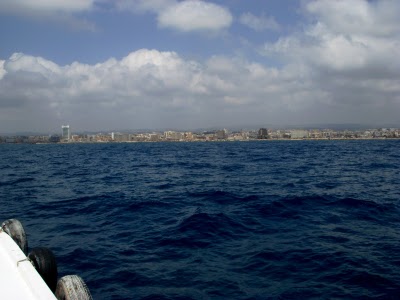 One complete difference I notice is that in Egypt people used an outward religious appearance in an extreme way; there is a lot less outward appearance based on religion here in Syria from the places I have visited.

Three Kilometers from the shore there is an island named Arawad. This island does have its history with the Canaanites, and the Egyptians occupied the island for a while. Today the island is all cement with graffiti masking the walls of the buildings. Very small maze of streets with no cars whatsoever, lots of kids in the town terrorizing each other in the narrow maze of walkways. 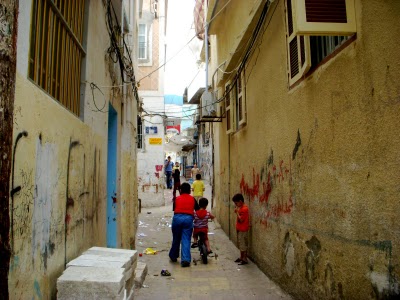 Unquestionably, a person with certain karma could be strategically born on this island, which I definitely observed. The town of Tartus is quite nice in many ways. There are some parks and of course the sea. There is an old town, even though, nothing really to write about that is worthwhile.

Tomorrow I am heading out for Lattakia, for a couple of days. Today I got my visa extended; it was a painless process.