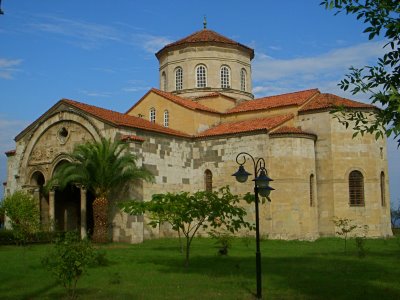 The Ana Sofya Museum is the top tourist site in Trabzon. Originally titles Hagia Sophia or church of the divine wisdom, the building was built between 1238 and 1263. Like many other religious building there was once an temple and then a church built upon the foundation and converted into a mosque once the Ottomans ruled the area of Trabzon. 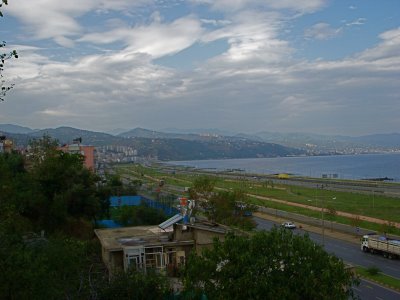 The building itself is impressive from the inside, and the view of the coast is spectacular. The watchtower was built in the fifteenth century. Trabzon has a great tea and coffee shop called Stress cafe; three different levels, the top level of the building is used for live music in the evenings. I met two nice girls from Izmir that is in Western Turkey, they are sisters and the older sister went to school in Trabzon, and has been living and working in Trabzon for a total of eight years—her sister flew out for a visit. A complete contrast from the culture in the southeast of Turkey. I mentioned about the culture in Yusufeil and in the southeast and they wouldn’t want to live in a restricting culture such as Urfa. We had a nice conversation and a few pictures were taken. Today I arrived in Giresun.