The Castle of Salah ad-Din. 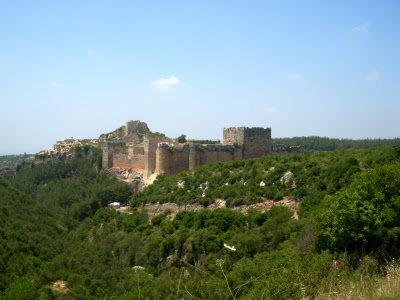 The Castle of Salah ad-Din, bears unique witness to the building of defense systems during the Byzantine, Crusader, and Mamluk eras. Surrounded my two deep wadis and the eastern road which use to be a moat; The Salah ad-Din Castle was an ideal fortress that moved T.E. Lawrence to write, ‘It was I think the most sensational thing in castle building I have seen’. Naturally, this castle stands to overawe anybody’s perception. 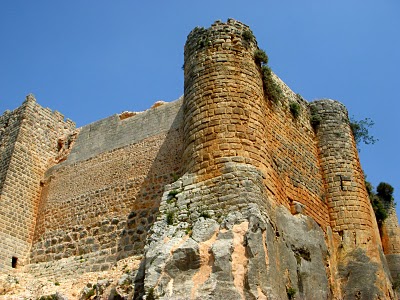 The eastern face sits on top of a cliff high enough to induce some vertigo within someone. The small drawbridge crossed in this section, which there was a moat, today there is the road. The upper courtyard was the area of the palace, bath complex, and mosque, along with two large water reservoirs, the largest in the below picture. 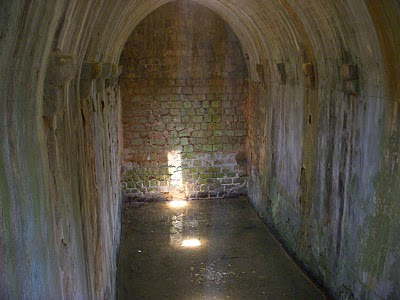 The drawbridge in the picture below.

Pointing down to the lower courtyard a chapel and the tower gate is recognizable with the walls of defense. 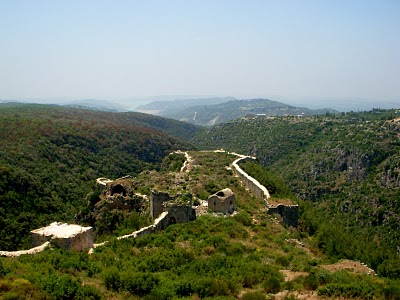 From the lower courtyard, you can view the Tower of the Daughters that is on your left. Now it is a nice café with a great view. 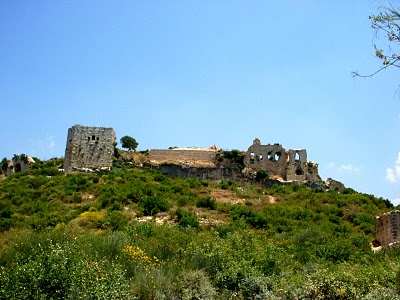 Traveling the Crusader Castle trail has been very interesting; observing the mass building projects that occurred during that time can astonish anybody. Understanding the religious battle during that time should explain the tension between religions today, even though there is tolerance.

The Castles of Syria are enough to impress the least interested person of the group, undisputedly, a travel trail to take into consideration. From Jordan to Northern Turkey there are Castles a person can scrutinize their eye upon and explore.

A view of the lower courtyard of the Castle. I uploaded the rest of the pictures on Shutterfly. 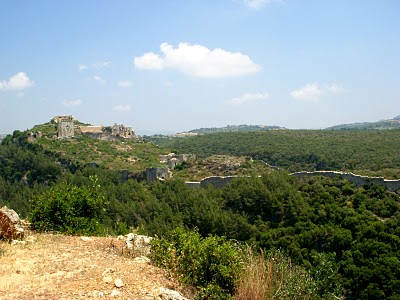 Quick update: Today I hooked up with a couple from Warsaw, Poland. We went to the Castle mentioned above. Very nice people, there is a good chance I will visit Warsaw once I get to Krakow in 2009. Friday I am planning on heading to Aleppo by train. I do have a couch-surfing situation set up with a couple of people from France. I don’t know how long I will be staying in Aleppo, although, once I leave I will head to Hama which is a good base to see Apamea, the dead cities, and maybe a couple of other sites. After Hama, I will head to Raqqa or Palmyra. Palmyra is the top site for Syria. Everything has been going well. I did have a slight head cold for a few days, but no big deal. The heat is on for the summer, everyday it has been 90*F/32*C. I am getting use to it, although sweating in the heat causes to wash clothes more frequently. It’s a toss up between the heat and cold, I ignore the weather for the most part – sure can’t change it.