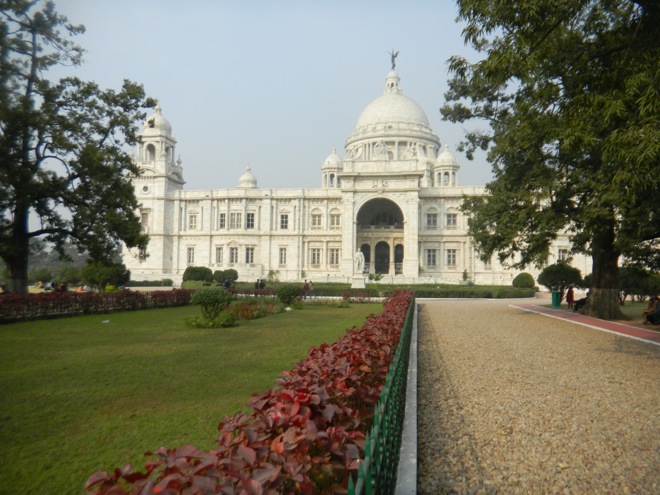 My last stop in India is the Capitol City of New Delhi. Within each city of Bombay, Calcutta, and Delhi resides a tourist/backpacker area—I consider these areas as backpacker ghettos. Any city you choose to initially fly into will most likely be the city you dislike the most. Many travel bloggers write negatively about Delhi, yet from my perspective Delhi is a nice city for India outside of the backpacker ghetto. They have a great Metro system and large indoor modern malls. Most of the streets are wide and basically clean compared to the scum-holes of other towns. Many people here in Delhi are educated and intellectual. Initially, I flew into Bombay and I experienced the city to be a smelly dump. I very much like Calcutta, I think it is a clean and friendly city except for the backpacker ghetto of Sudder Street.

The Backpacker Ghetto in Delhi is Paharganj, all the budget hotels are in this area and close to a Metro station. This area is slightly a dump, yet after six months of India the location of Paharhanj is a moderate shit-hole after living in Varanasi for three months. Paharhanj can be a daunting, chaotic dive for the new-comer to India. There are many tourist hawkers and poor people who thrive in the tourism in Paharhanj—most of these people are not from Delhi.

In Calcutta the backpacker ghetto is Sudder Street which is near the New Market. This shit-hole of a street is to avoid. There are some nice budget hotels outside of Sudder street. The area of Sudder street consists of many tourist trouts and hawkers that offer the tourists drugs and everything else. However, away from Sutter street, Calcutta is a nice city and one of my favorite cities here in India. Many West Bengalis are very friendly and intellectual. The only problem in Calcutta is that most store owners will try to charge the traveler three times the going price. If the shop is not based on a fixed-price, it is best to avoid shopping in Calcutta.

In Bombay the backpacker ghetto is Colaba. There are mid-rage hotels near the airport (suburbs) in Bombay, but much more expensive than in Colaba. These tourist ghettos were created for the budget traveler. These areas are loud, tourist trout infested, trashy, and can be smelly. Outsiders are “foreigners” here in India and are charged more for many museums and tourist attractions.

I experienced Bombay as the worst, however the humidity did play a role with my arrival and perception. Yet, the worst odors were in Bombay. Calcutta is my favorite of the three big cities of India.

The Indians have a strong attachment to their country and culture. Since the culture is shame based the false pride is extraordinary high. Many can be embarrassed from the trashy streets, rip-off artists, the high rate of stupidity and utterly poor people. Yet, the false pride keeps people deluded and attached—this type of cultural attachment is common all over the world.

Previous post: The Dynamics of Budget Travel in India