The Flight and Entry Process—Israel 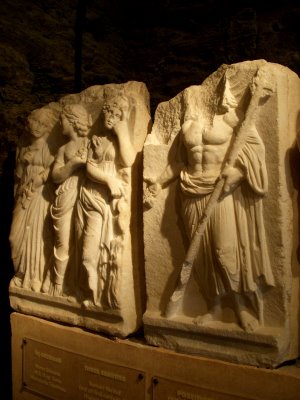 Flying out of Athens on Cypress airlines, I had a layover in Larnica on the island of Cypress. First, I was a little bummed out because I could have taken Olympic Airlines direct to Tel Aviv, although the stop over in Cypress was time well spent. Larnica is a beach town on the island of Cypress, although very touristy and extremely expensive. To my surprise, the driving is on the left side of the road, I observed it as a head rush, I did think of renting a car for the extreme head-rush, although I passed on the idea. However, the short visit was amiable, I did eat at a Chinese restaurant for the first time since I was in Sinai, even so, I wouldn’t be interested in traveling Cypress, and I am more interested in Crete.

Taking the subway to the airport in Athens was interesting. The train stops at certain stations, and everyone has to get off and transfer onto another train. The first transfer, there was a Greek man that got off the train and started to flip out in a nervous condition, I calmed him down and said we are transferring trains, only. The time was 10:00 in the morning and his flight was at 11:00. A few stops down the rail we had to transfer trains, again, although this time the train to the airport was 20 minutes away. This time the man really started to flip out, he couldn’t conjecture the situation, and he flew up the stairs to the street to catch a taxi to the airport. I prefer the non-stress situation of leaving early for the airport. Flying to Israel is easy from Cypress, only 50 minutes in the air. The security process was interesting, first the girl at the passport control asked what did I do in Lebanon, and I explained my situation and she stamped my passport with a white piece of paper. The white paper was a note for the next security person to question me, many of the same questions—how long are you going to be in Israel, what did you do in Lebanon, why are you traveling the Middle East, do you know anyone in Israel? After her questions, the supervisor questioned me with more detail, although she was quite a cute girl and good at questioning. One concern was about how did I make my money to travel for so long, the bottom line answer, I told her I am willing to log on to my account and show her how much money I have—that took care of that issue. The issue of Lebanon was more important than going to Syria, to my surprise. Once I showed her my couch-surfing contact and my contact of the organic farm, she said to get my bags. I proceeded to get my bag, and they brought me into a room with an extra large x-ray machine and checked my backpack and computer, and that was that, I entered the country of Israel.

A quick note on the Israeli stamp: there are six countries I cannot enter with the stamp, although I will not be going to those countries, and my passport will be full of stamps within this next year. I will need to receive a new passport, so the Israeli stamp in my passport is unimportant. 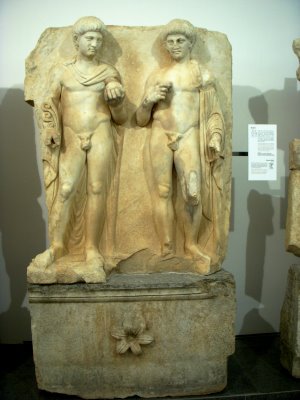 Tomorrow I will be heading south to Be’er Sheva; I have a couch surfing situation set up for two nights. I will visit some places in the South and make my way to Masada, and then up to the organic farm for the month of December. The above pictures are from different museums in Turkey.