The Last Farewell – Cairo – The Pyramids. 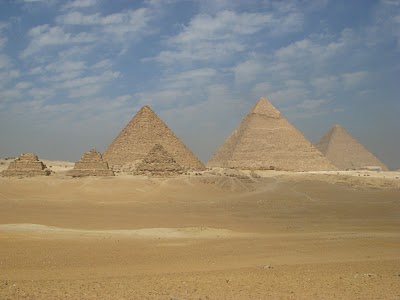 Today I went to visit the Pyramids for the last time. I was able to go into the second pyramid with the limestone cap. A great alternative if you don’t want to pay out the high cost for the great pyramid. Although the great Pyramid is worth going in. I decided to walk around the eastern cemetery where very few people walk. People within this culture allow themselves to be affect from the smallest movements. There was a small group of Egyptian tourists, who of coursed asked, where am I going and why? This is common, any little movement out of the ordinary, people question, “why you do that?” Considering that this is a controlled culture, the sensitivity, nosiness, and busybodies are a disease, because of a lack of self-control; it has been really an eye opener. After awhile I saw them on horses entering the area. Curious minds will lead a person, that’s a fact, sometimes it kills the cat. As I point out some negative aspects, keep in mind there are good and bad people in every cultural. 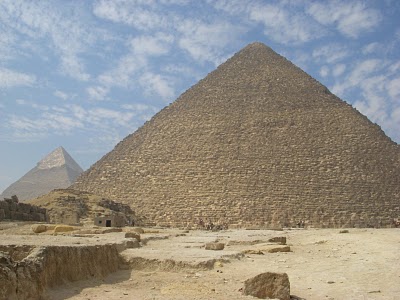 I decided to rent a camel. The Arab found out I was very difficult to deal with, kind of. I am just keeping people to their word and preventing them from going to hell, ha ha – taking into consideration what they believe. The Arabs that rent camels and horses are very dishonest. I told him the price before hand and made sure that he promised to the idea. What they do is once they get you on the camel they start flapping their beak. They try to change things, add for a higher price; they ask if your happy. I tell them no, I’m not happy. I really laid into him, also, due to the fact all he talked about was money, like the majority. Once we got up to the are to see all nine pyramids, his buddy runs over and gives us a soda and says no problem, sounded like it was free to me. Of course once your done with the soda he burps up the price. He, of course, asked for a high amount which I told him before he gave it to me, “no I don’t want it” I offered one pound and totally laid into both of them and ended up paying nothing. The nerve of them and their dishonest business practices. I told them “today you are learning a lesson”. One thing I have noticed, people are big liars and they don’t keep to their word – living without any integrity. I am not referring to everyone, there are some very good people, for the most part. I am referring to those that work in the tourism business. I will be heading out of Cairo this weekend to Port Said. I have set a couch-surfing situation the last week of March in Dahab. I will have a place to myself for about eight days. The culture on the Suez and Sinai will have small differences like all the other places, along with a common culture because of the Quran, which dictates the cultural.

I just posted about 300 pictures on shutterfly.

Staying a length of time has allowed an observation into the core, beyond the outward appearance. The outward appearance certainly looks pretty. The consequences of a indoctrinated, inner core programing of an absolute ideology is astonishing, considering that millions of people of entire countries are affected.

The Coptic Christians live with the same, strong, programing ideology, which they live the same lifestyle, just a different belief system, or as they think. Both religions believe that the other will go to hell. The deep inner core belief is what matters. It all looks pretty on the outside, but what I have observed through a listening ear, is that both core ideologies hate the other and whoever is different.

I liken it to the deep south of America before the civil rights movement of the 1960’s. The deep south didn’t want to be bothered. They truly believed their backwards, wicked ideology of hate for the black man. Culturally threatened, easily, causes their emotional baggage to flow over, which resulted in anger and murder.

People with strong, core attachments – living in ignorance – position themselves under the power of the ideology and culture, which creates hostility when threatened. Ego involvement is at the forefront living as the special, favored people, all others that don’t believe – their way – are judged. Ego-driven positionality, attachment to one’s patriotic nationality causes dire complications when considering peace – nationally and domestic. Domestically, respect is essential, which your common person of the light will naturally manifest, unless their brainwashed from the propaganda of the world media.

Nevertheless, I have met a wealth of people, good and bad; some gravely stuck in their karma, some with bad physical aliments because of karma. Some people that are just down right bad from the heart. Some people with a very good heart, although most are affected because money. They are very money hungry. I have seen people kiss their money. The result of separateness from true spirituality. Hence, this is common all over the world.