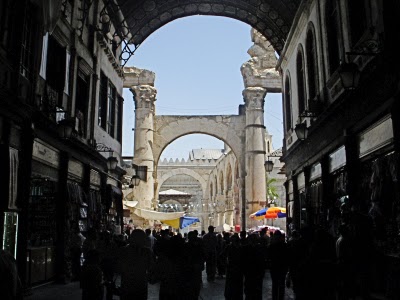 For the last few days, I have just been hanging out around the neighborhood, not doing all that much. The person I met (Yansen) who plays music in the picture in the prior post is Kurdish. The other day I gave him a call and went to his house. He and his brother invited a friend from Eastern Germany and another Kurdish friend who plays this stringed instrument professionally, what a wonderful treat to listen to such wonderful authentic Kurdish music. His friend is an excellent stringed instrument musician with an incredible singing voice. We all ate dinner together and played music, a wonderful time it was. I have a strong interest in the Kurdish cultural, which I will be exposed to a majority of Kurdish people in southern and eastern Turkey. The Kurdish are a delightful people with rich culture, although they have been mistreated according to the historic record, sad to say. 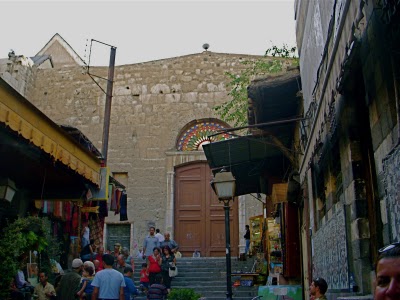 Tomorrow, Yansen and I are going to this town about an hour away from Damascus called Ma’alula, an area where the people still speak Aramaic, the language that Jesus spoke. Ma’alula is the only area that preserved the Aramaic language for the last two thousand years.

The room I am renting is walking distance from the old city of Damascus. The old city is the oldest continuously inhabited city in the world. The Aramaen, Greek, Roman, Byzantine, and Arab rulers have left their mark over the centuries. Walking through the old city can be kind of an irritation with many annoying shopkeepers lining the streets. One difference I have observed is that when I explain that I am traveling a long time, and if I buy something I have to carry it – they do listen much better than in Egypt. I would not say that the shopkeepers are more aggressive than in Egypt, but they are much more aggressive to sell their commodities than in Jordan. It seems like people might be prone to more anger, regarding business relations, due to the poor economy here in Syria. 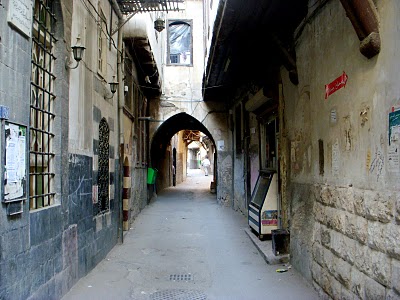 The Omayyad Mosque in the old city is really a site to see, dating back to 705 CE. The mosque was converted from a Byzantine cathedral, from which the Temple of Jupiter, a Roman temple, occupied the site. I should have some good pictures of this mosque soon.

Syria certainly has a reputation of fine cuisine, and indeed, this is a fact. Syrian entries outshine the rest of the Arab world. Being able to experience many different cultural foods is a sure delight. 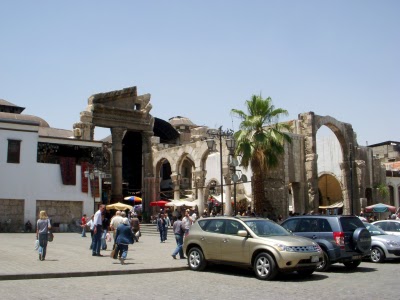 One of the most challenging situations I have been facing is the change of climate from one place to the other. Going from, cool Ismailla, to hot Dahab in Egypt, was a sudden shock to my system. Traveling from extremely hot Aqaba and Petra, to the cold nights at Dana was a shock. Damascus is very hot, which will be getting hotter as the summer progresses. Northern Jordan was mild to cool. The difference has been another shock to my system. Transferring from the cold to the hot is more of a challenge, for my system, then from the hot to the cold. I don’t mind hot weather, although I have always lived around moist humid weather, next to the dry desert type of weather. I am very thankful I will have a place to nest for a couple of months during the hot season. 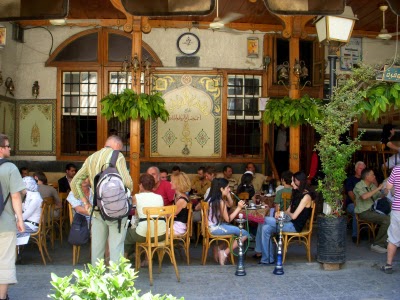 The subject of prejudices, discrimination, and inequality continues to surface through the tongue of the populace. Within some States in America, domestic discrimination still exists between the Whites, Blacks, and Native Indians. A prejudice between different cultural groups, skin colors, and nationalities, is an ongoing issue with the majority of people I have been in contact in the countries I have traveled so far. Attaching oneself to an ego-driven patriotic nationality is a delusion that the darkness craves and hungers for with a strong appetite of lust. Without a deep respect of differences in cultural, the masses of people, though tolerant, live under the low level of consciousness of pride. Consequently, the action of love is rooted out of the heart. The ego-driven emotion of feeling special dominates the populace. Many people have asked me what culture do I think is the best. There is not one best or greatest culture in the world. Each culture has its special qualities and ways of life. Indeed, some cultures are more enslaving then others, such as Upper Egypt. Nonetheless, a preconceived bigotry of the other individual, race, or culture, is of the darkness not of the light. A preconceived prejudice along with positioned judgment is a detriment to spiritual growth. Cultivating an appreciation for each culture around the world, and understanding that we all are human – can prevent a person from sinking into a pit of darkness that could prove to be a snare.