The Pyramids – The Last Wonder.

Well I guess I can say, after looking at pictures and TV shows for the last 20 years of the Pyramids of Giza, that I have seen the Pyramids with my own eyes. The last of the ancient wonders of the world and the biggest hassle a person may experience; the Pyramids are magnificent. For all the time I have taken studying history, sitting in book stores looking at pictures, nothing compares until you see the Pyramids with your own eye up close. Remarkable. Awe-inspiring. Mind blogging. How they ever built them is beyond me. Almost 5000 years ago, the people were very strong. Through Kensiology muscle testing, the idea that the builders were human – tests as true. 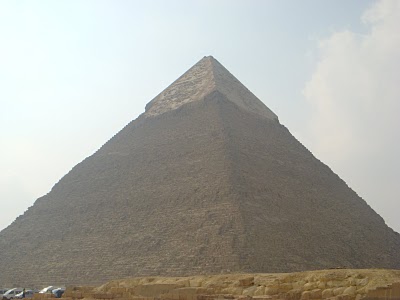 I tried to take a bus, but what a slow hassle, so I approached these taxi guys who were sitting by the Ramses Hotel. I asked how much to Giza one way, first I always tell them, they they charge to much; then I said to them with a very firm voice, no shops, no stables, no bull-shit. Take me right to the ticket gate and no place else. The one guy said, “OK no monkey business” he said I was one tourist who was clever. The only reason I may seem clever is because I did get suckered once when I first arrived, which was OK, really no big deal. 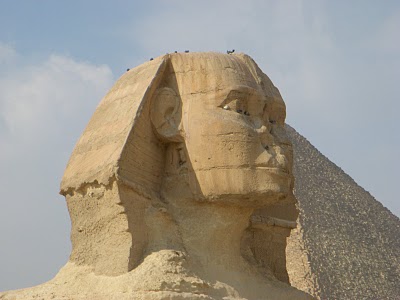 Also they way they have it set up is very clever on the Egyptians part. Certainly if a person does not know how it is set up they are prone to become mince meat. Just before the ticket gate there are stables and gift shops; do yourself a favor and avoid everyone. Go to the ticket gate and if your bringing your taxi guy with you it is only 2 extra pounds for the car. We went in and he drove up the the top to get pictures of all three pyramids. Then stopped at the third smallest and then he stops at the Great Pyramid and the seconded one with the limestone cap. He was fine waiting while I explored. After checking out the Great Pyramid we headed down to the sphinx. Keep your ticket you will need it to enter the area of the sphinx. Again the Taxi guy is OK waiting. Getting through the gate was only 25 pounds with a student ID, I was generous to the Taxi guy because he kept his word and was honest. 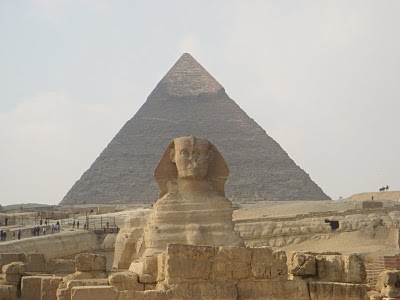 Once your through the ticket gate, the hassle begins. Everyone will approach you for camel rides, horse rides; they want to take your picture for money, sell you everything you can image. I Played it cool, they ask ” are you happy” I said ” as long as everyone leaves me alone”. You can say “I don’t want to be bothered” it’s a game remember. I wanted to buy a red Bedouin scarf because the one I bought in Siwa is black. I do know how to rap my head and also use for my head so I don’t get bit, I also knew the going price. He started at 100 pounds, I let him know that he’s nuts and walked away, he brought it all the way down to 20 pounds which is the going rate. They bother you on a continue bases on the even once your through the ticket gate. 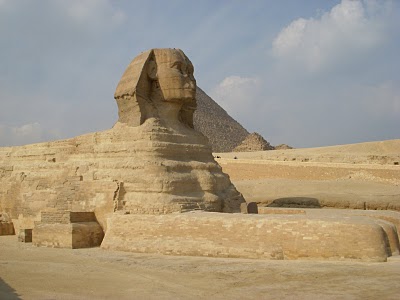 It is remarkable, The Sphinx. 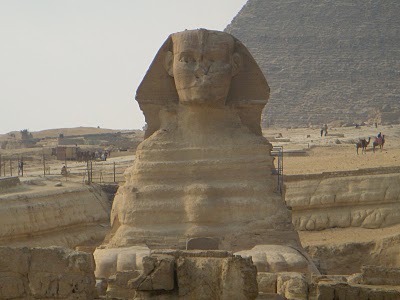 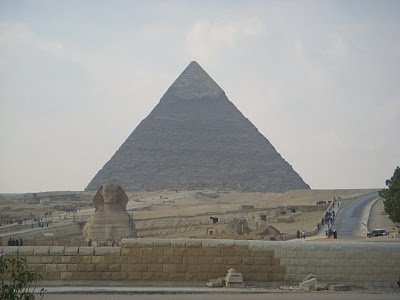 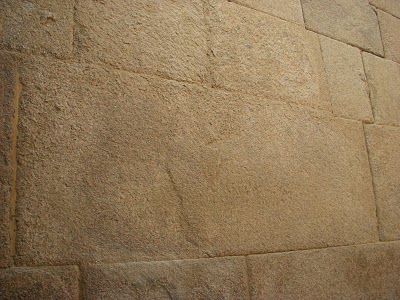 This is granite red stone, which all the granite they brought up from Aswan, this one stone filled my camera lense. It’s huge. 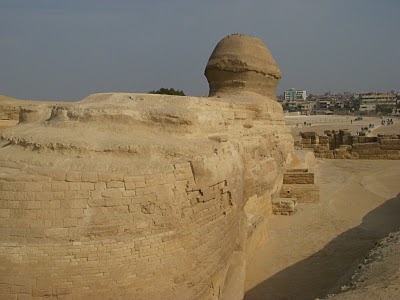 The back-side of the Sphinx. 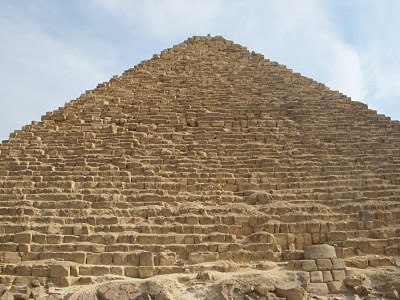 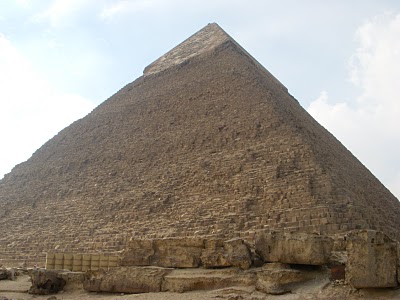 The Second largest Pyramid with the limestone cap. 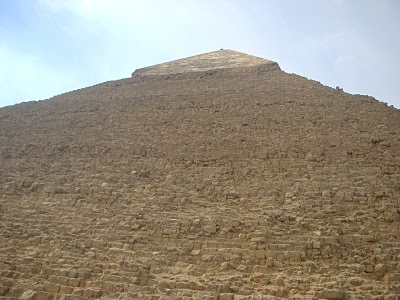 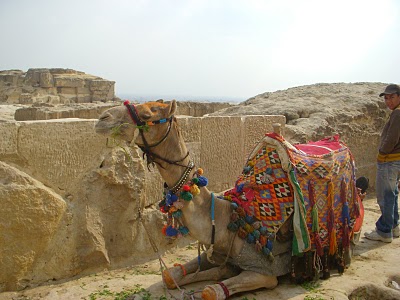 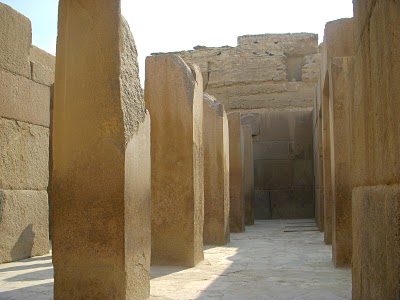 A red granite temple, this is the temple area you walk through to get close to the Sphinx. 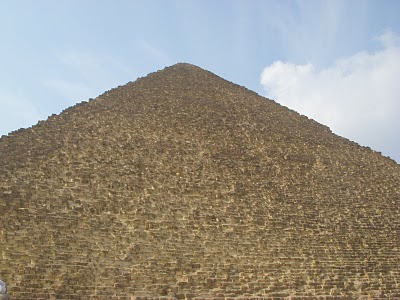 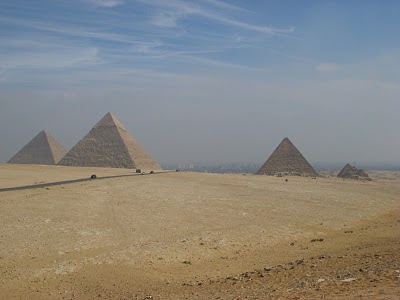 All three in the from a distance with great pyramid on the left far distance. 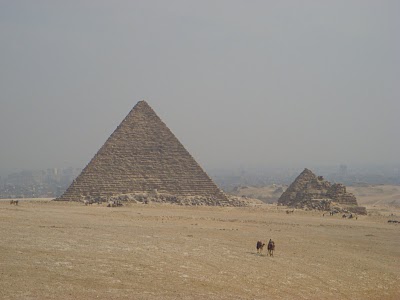 The smallest of the three pyramids. 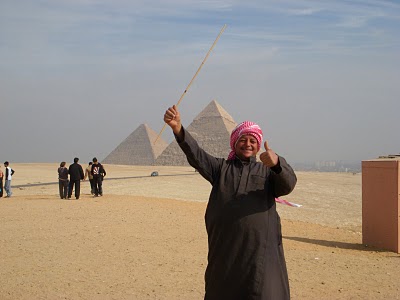 A bothersome person who wanted money, I did not let him take my picture. 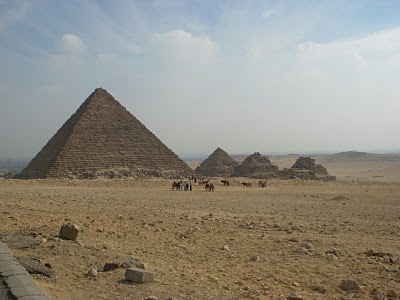 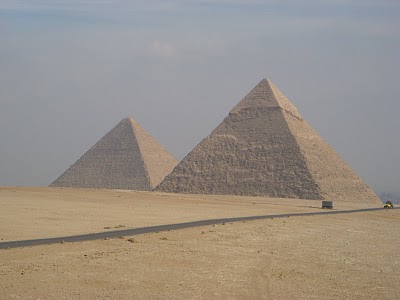 One reason I started in Egypt was because of the only standing structures of the seven wonders of the ancient world.