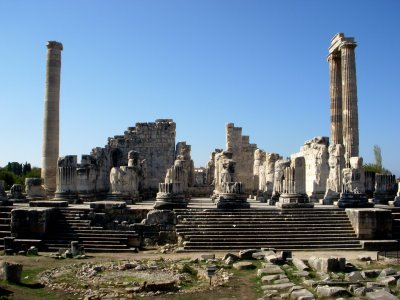 During my stay in Selcuk, Gram the English guy, and I took a day trip to Didyma where the Temple of Apollo once existed. 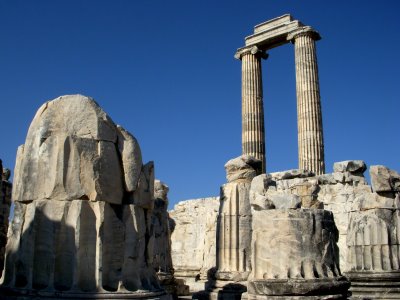 People didn’t live in the area of the Temple of Apollo in Didyma. Only the priests who specialized in the oracle lived around the temple. 120 giant columns were erected to hold the porch, similar to Karnak in Egypt. Behind the porch is the great doorway where oracle poems were written for the people who presented a question. 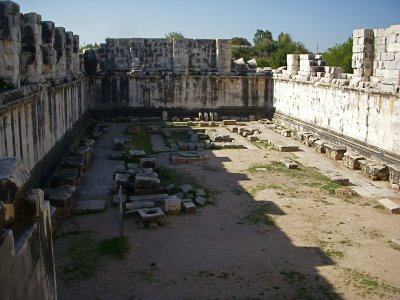 Two ramps down to the inner room where the oracle sat, after drinking from the sacred spring, the oracle was spoken within the inner area of the temple, and prophesied concerning the question presented. Apollo stood alone in many aspects compared to the other gods of Greece, the temples of Apollo are always connected with an oracle. Zeus, Athena, and Dionysus seem to portray the three gods such as Amun, Mut, and Krones in Egypt. 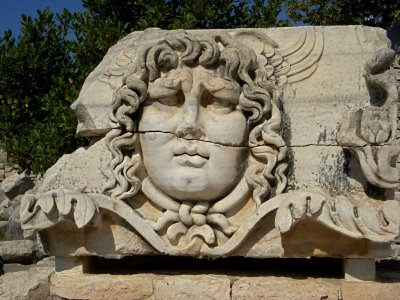 The head of Medusa, the half serpent and half women, her hair were of snakes. Whom Medusa caught eye contact with turned to stone.