The Temple of Bel – Palmyra. 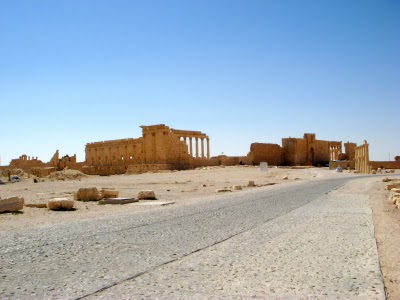 The Temple of Bel is the largest temple area I have viewed since Karnak, although there is no comparison, Karnak in Egypt outweighs all other temples due to its immense size. 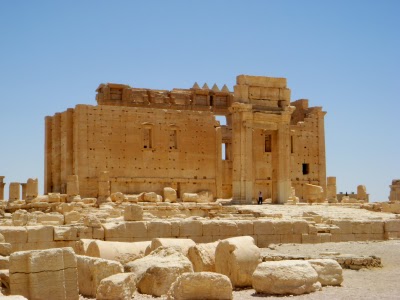 The name of Bel is another name for Baal, just a shorten version. The name Bel was used among the gods of Babylon, and Sumer, which Sumer was the first city-state civilization dating back to 3500 BCE. Studying mythology, a person will notice that Baal/Bel is a god that has disguised his identity. Perceiving the correlation by comparing the mythology stories should clearly teach that, not only Baal but also his two colleagues are alive and wicked. 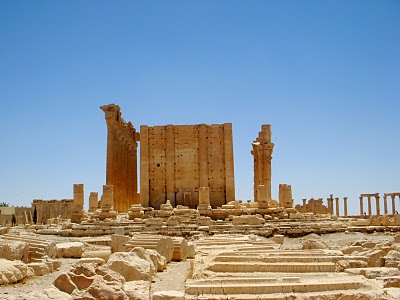 I decided to hire a tour guide at the temple entrance that proved to be invaluable. The detail that was taught was astonishing similar to the gods of Karnak in Luxor. They are the same lower entities that humans worshiped as gods as they do today through religion. 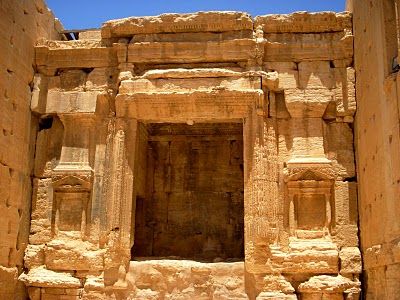 The above picture is of the left side of the holy of holies of the temple area. You can see two niches on each side of the main niche. The side niches were for the consort of Baal (fertility goddess) and the baby moon god. A statue of each god was displayed in the large niche. Remember back in Egypt the three temples at Karnak and the three shrines in the Luxor Temple of Amun, Mut, and Khons. Consequently, these three cohorts are who rule this world including the three predominate religions of the west. Indeed, these three (trinity) were the first three spirits that were demoted into lower entities. 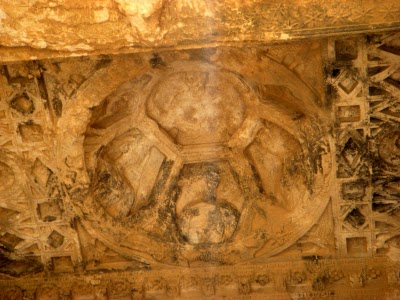 The top of the ceiling of the main niche was designed according to the planets and the twelve signs of the Zodiac. On the right side of the inner chamber of the holy of the holies was a singular large niche that they kept a statue of Baal. Once a year, as in Babylon and Egypt, the public had a celebration that was in April. April is the first month of the Zodiac, which was the beginning of the year – springtime (Easter); Ares correlates with Mars, which correlates with Baal among the gods of “myth”. The master of the darkness claims to be first, which is a lie. 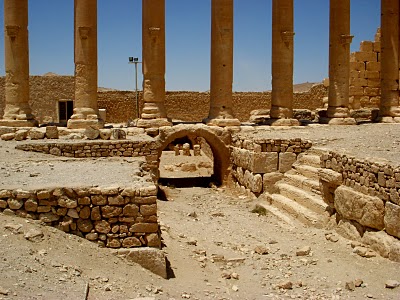 Each spring they would bring in animals of sheep, goats, maybe some bulls and sacrifice them for a banqueting meal. The guests would enter on a side entrance of the temple grounds, and feast after the high priest would bring the statues of gods out of holy of holies for the populace to view. The celebration was a processional feast such as in Egypt and in Babylon; Murdoch is Baal during the times of the Neo-Babylonian Empire that destroyed Jerusalem in 586 BCE. 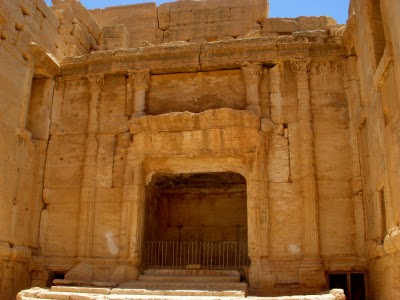 I have found it very interesting how this area of the Roman Empire embraced Baal, next to Zeus or Jupiter; considering that Baal, originally, was the god of the Canaanite region of the Levant. The home temple of Baal is in Baalbek, an area that I will be visiting in Lebanon. The Israelites stumbled – severely – they utterly failed by embracing the Canaanite god of Baal, the master of the darkness. 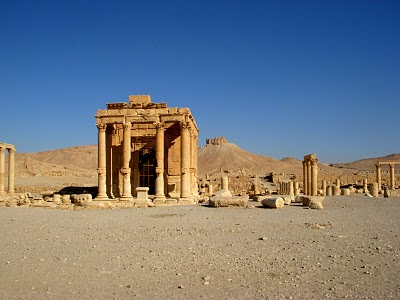 In the area of Palmyra, additionally, there stands a small shrine temple named Baal-Shamin. The temple area was a large compound that enclosed the temple shrine. Today this temple stands alone. 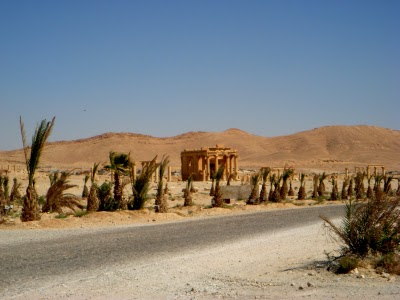 The third temple that is present in Palmyra is the Temple of Nabo, the Palmyrene god of Destinies that was built in the first century. The temple of Bel in Palmyra has been the finest preserved temple I have viewed since Egypt. Even so, the temple in Petra is well worth the extra exploration, too.