The Temple of Horus – Edfu—Egypt. 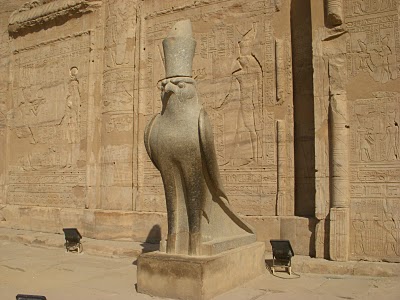 The Temple of Horus is very much like the Temple of Hathor, and also, is one of the most completely preserved temples from the Ptolemaic times – after the time of Alexandria the Great. The temple was started around 237 BCE and completed almost 200 years later in 57 BCE. Same type of design as most other temples and very identical to the Temple of Hathor. 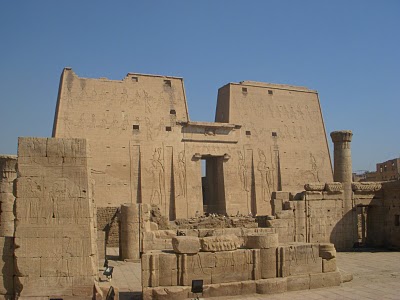 The huge pylon which dominates the temple, the huge great court is beyond the pylon. 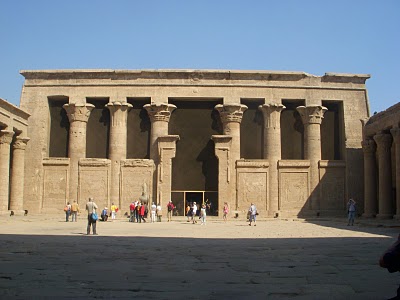 Visiting the temples of Edfu and Kom Ombo can be kind of a disturbance because of all the tourists. All the tourists are coming from the cruise ships, there are a lot of big cruise ships on the Nile cruising from Luxor to Aswan and back. I didn’t spend much time at these two temples, although I have viewed many temples to the point they are all looking the same with the same layout, kind of. Temple fatigue I may be experiencing. 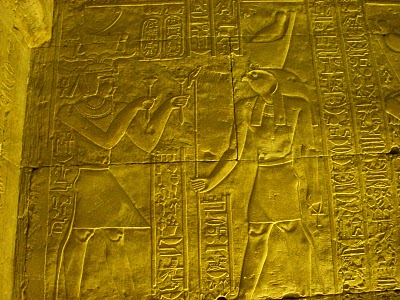 Nevertheless, I there are only three more temples to check out, Abu Simbel which is the Great Temple of Ramses II, The temple of Philae here in Aswan, and Abydos which might be difficult to get to. At this point in time Abydos and Tell al Amarna might be a challenge to visit when start to head north. The idea of heading north may prove difficult because most tourists go straight to Luxor or Cairo. 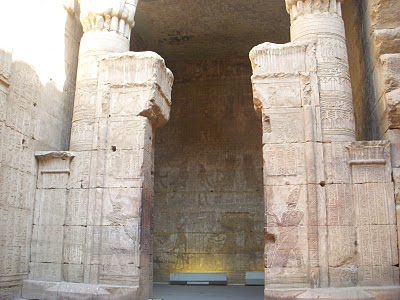 The same layout as the temple of Hathor. 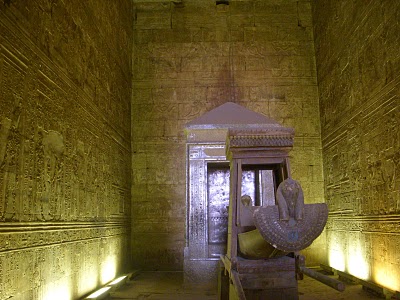 This is the inner room, the sanctuary of horus. There use to be a gold statue of the so-called god inside the polished-granite shrine that you see in the back of the picture. In the front of the picture what you see is a modern reproduction of the wooden barque in which Horus’ statue would be taken out of the temple in procession during festive occasions. Notice the two falcon heads of Horus, very much like the Ark of the Covenant of the Israelites, the same idea. 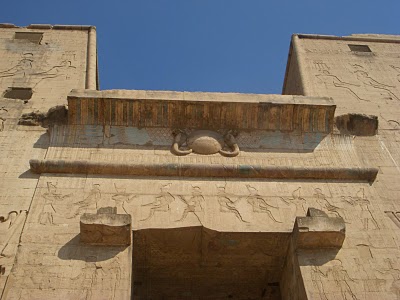