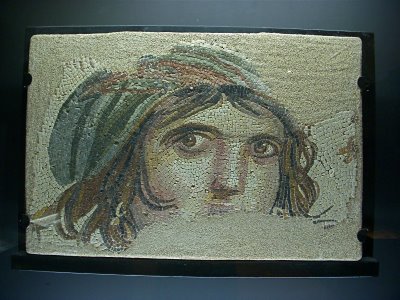 The history of Anatolia dates back to the Hittite Empire before the start of the Iron Age of 1200 BCE, the seas people conquered the Hittites after 1200 BCE. The Hittites was a tribe and the son of Canaan, thus Canaanites. Gaziantep is a province that was continuously inhabited starting from the Palaeolithic age. The Empires of the Assyrians, Persians, Romans, the Byzantines, Abbasid, and the Seljuk Turks dominated the land until the Ottoman Empire that lasted for 500 years. The fortress dates back to the Byzantine age, although the origin is unknown. Surprising enough, Karamus, a district of Gaziantep close to the Syrian border is the setting of the Legend of Gilgamesh. 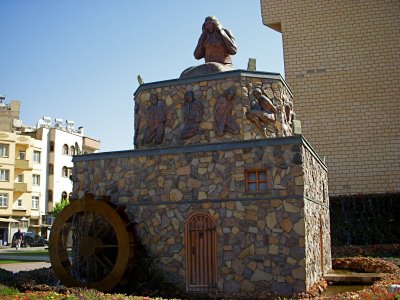 Antep is famous for the baklava capital of the world. The best-made Baklava exists here in Antep. In addition, Antep is an area that produces a mass amount of Pistachios. The pistachio baklava is mouth watering. There is an influence from Aleppo when considering the tasty cuisine. Aleppo is a special place and known for its incredible cuisine. Antep is a very progressive, lively, friendly town. Today is the first day of Ramadan, the month of fasting for the Muslims, which correlates with the Christian Lent before Easter. Food regulations have always been a highlight as rules of the lower entities. The only reason Moses wrote down food regulations for the Israelites were to set them apart from Canaanite behavior. Here in Antep some people still eat and drink tea, not as many, but a few. There are a few places open to eat around town. In Egypt and Jordan—those countries are much more serious about Ramadan.

The museum here in town is well worth the visit. The mosaics that are displayed are well preserved. The two pictures below are of a relief of the Hittite god Tesup, the same god as Baal, Amun, and Mars. The statue is a statue of Mars. Indeed, this world was engulfed with objects of Idolatry. Nowadays, Idolatry is in the form of religion that blinds the mines of the children of the light. 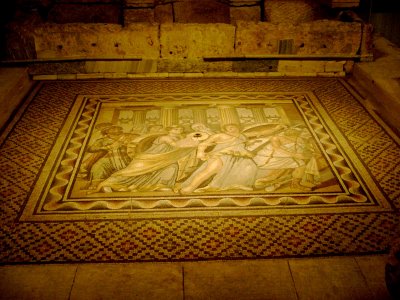 I will be heading for Sanliurfa tomorrow. The expense in this region is comparable to Jordan except for the transportation cost. 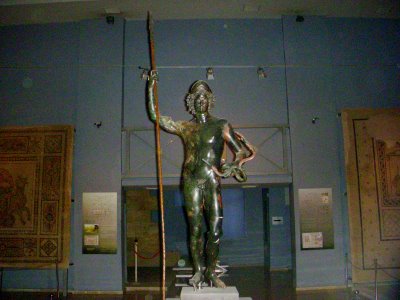 At the Museum I met some people from Cypress, there were on a weekend tour. They asked if I visit which side of Cypress would I visit Greek or Turkish. I told them that I enjoy all people and sides and cultures; they couldn’t understand why I was alone, although, very common mentality of a group. 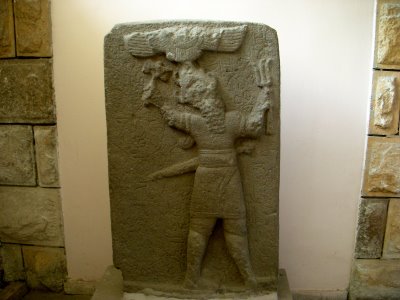 From my observation and a listening ear—people would be happy if only their nationality and religion existed in their country. Deep down, each nationality, tribe, tongue, and ethnic culture do not like the other nationality, and this has been an ongoing issue with the majority of people I talk with. I personally enjoy all cultures and peoples; one area of energy may get under my skin and disagree with my spirit, although I don’t relate that to the inner spirit of the people. The Energy is an affect from a cause that produces an atmospheric entrainment that the populace is frail against; enjoying other cultures is a spice to life.