I just had a few things arrive through the mail and your looking at one of the items, which is my business card. Having these cards will just make life easier, without having to explain my story repeatedly that incites jealousy within the majority of other travelers. I can just hand out my card that points in the direction of my blog. In addition, I received a sweet, little nine inch, Native American Flute that is keyed to A minor and made from cedar. This little flute will be ideal to carry, as well as a sure joy to be playing again. Everyone likes music; a comfortable atmosphere can be created instantly with an excellent sounding flute. I received some needed clothes, too.

The mail forwarding service (Access USA) I decided to sign up with is very convenient and reliable. The package of documents I had sent to Dahab arrived promptly and this package too, although kind on the expensive level, this one time delivery of merchandise is OK, though. 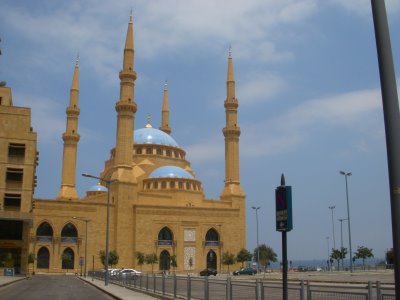 Being away from America for a length of time has allowed a different perception concerning the culture. I have been watching the ABC evening news lately and some of the situations that take place are perplexing.

Traveling in Egypt for five months opened my eyes and forced me to question how did westerners become profoundly anal in respects to hygiene. The morning news shows, along with the general media, is obsessed with feeding the public on health matters that has created a paranoia atmospheric entrainment that is a clear manifestation while visiting with westerners and watching the news. Furthermore, another characteristic I have observed is a dogmatically positioned frame of mind that people automatically subject themselves beneath are toward peculiar, uncanny rules, even people that don’t have any religious belief. Rules that have been implanted deep in the structure of human behavior. Rules accompanied with an over sensitivity to the normal behaviors of others; rules that are senseless, meaningless; rules that restrict freedom, peace, joy; rules that enslave. Once a person comprehends the action of love the rules of the world are senseless – I am not referring to the laws of the land.

I am not person to watch the news; the way the American news is presented causes false ideas concerning, subjects, emotions, belief, attitudes, and theories taught that implant and produce a fearful perception of reality and the outside world. For some reason an immense amount of people in America believe that the Middle East must be dangerous simply because America invaded Iraq – a factual lie. The media advertised a story that I read on the Internet; a man from Minnesota posted his vote to sell on E-bay as a joke. Low and behold, due to the numerous amounts of laws that exist in America, that the majority of the populace is unaware of – offering to sell your vote is illegal and the man was charged a felony. The law was passed during the prohibition era. On the TV news, a bicyclist had an argument with a driver in a car. Some how the bicyclist ended on the roof of the car and the driver drove off recklessly. The man driving the car was charged with “kidnapping” along with other charges. What type of democracy is America trying to achieve? The is the picture of George the so-called Saint slaying the Dragon, whoever imaged that concept is beyond reality.

Traveling Syria that is a police state with a dictatorial government – it is easily observed that the government exerts its control over the public. Breaking the law has disastrous consequences. Is there a difference between different countries relating to the heavy-handed police tactics and charges of improper accusations? From personal observation, there is not much difference; the difference is the implementation of the operative force that has been created. The appearance and guise of mentality, disposition, character, temperament, and propensity, is strikingly similar among the police forces of the world. Indeed, laws are essential for the common good of humanity; nevertheless, injustice, oppression, maltreatment, and despotism is the darkness this world’s reality is expressing. The world leaders are striving for world peace, which will be an absolute false actuality.

This world is heading for the time of the Man of Lawlessness that the Apostle Paul spoke of – the world of the darkness will be of control, oppression, and slavery.

Here in Beirut I have been visiting people of the different groups, Shiite and Sunni Muslims, and different Christians. They all express that they have many friends of the different groups and that living together is a way of life. The common people express tolerance, especially the younger generation. The young girl at the coffee shop was raised Shiite, although I would have never of guessed; very modern life style she lives and is very friendly toward me. The other day my taxi driver said he was a Shiite in Hezbollah. I do not support the organization of Hezbollah, nor do I support the Zionists. However, I would have never guessed that this taxi guy was of Hezbollah, I originally asked if he was Christian. He said he likes American people, but not the current American government. Politically, there are corruption and power struggles, though the government here in Lebanon has been formed.

Ramadan starts September 2nd, I will be in Turkey at that time. I have been thinking about participating by fasting, just for the experience during Ramadan.