A few days ago I visited Akko (Arce). A colorful history surrounds Akko dating from the nineteenth BCE. Situated as an important port, Alexander the Great established a mint here in 333 BCE. The Egyptian Ptolemites took control of Akko after the death of Alexander. In 200 BCE, the Ptolemites lost Akko to the Syrian Seleucids who struggled to attain the area until the Romans. In 636, Akko fell to the Arabs until the Crusaders and the stories continue with exciting history down to our Modern times. 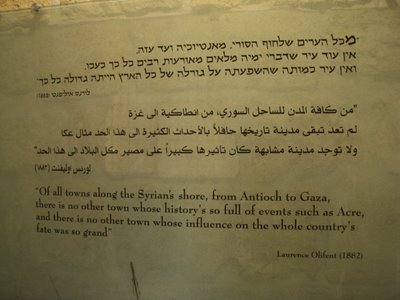 The Templar Crusader Tunnel travels from the port to the Templar Palace, the tunnel—its lower section is hewn out of natural rock. Its upper part is built of hewn stones that are covered by a semi-barreled arch. The tunnel spans a length of 350 meters. The tunnel was discovered by chance in 1994. 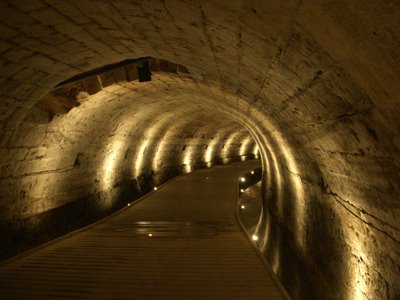 The old city of Akko is predominantly Arab, many residents have long ancestry living here in Akko that did not flee during the war of 1948. Now the Arabs are Israeli citizens. Akko reminded me of Aleppo in Syria, there are many aspects of the Arab cultural I enjoy, and my lifestyle has gleaned certain aspects from the culture as in the Israeli culture. I found that the Israeli Arab Muslims are not much different from Arabs elsewhere, friendly, welcoming, good food, tea, and they always provide an excellent market. 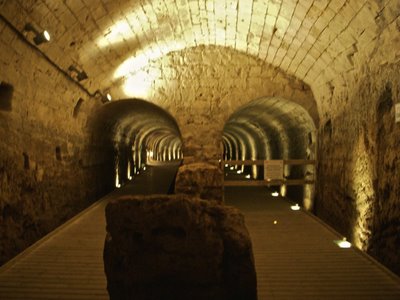 The complicated issue that exists within this region is astonishing. Simplicity is alienated, and complexity and colorization predominates.