Last Saturday I went to Baalbek for a day trip, a two-hour ride into the Bekaa valley over the Lebanon mountain range. The temple at Baalbek is the most impressive temple of the Middle East. The town of Baalbek is a popular seat for Hezbollah. The rumors dictate that the area may be unsafe; I experienced this to be false. The town is just as amiable as other places I have visited. There are Hezbollah flags everywhere, although it’s unnoticeable if a person is a party member. The outward appearance of the town is conservative, though people are friendly. I joked around, saying I was looking for Bin Laden, everyone laughs at that idea. The Temple of Baalbek is rooted in Canaanite history. The Canaanite tribes settled the whole Levant from Sinai to modern day Turkey. Baalbek is the area that the primary temple of Baal was located. Today the Ruins of the Roman era exist. The temple of Juniper sat above the great court or sacrificial courtyard. The temple of Bacchus is the temple that is best preserved, and originally dedicated to Venus. Within the inside of the temple of Bacchus, you can view a niche on the left side, and the right side of the center. The patron god was in the middle with consorts on each side, the identical concept as in Karnak in Egypt and the temple of Bel in Palmyra. The three gods represent the three top rulers of the lower entities. Christians have suffered from the deception of the trinity for over 1000 years concerning this falsehood; some denominations have remained appended to this dogma. The six Roman columns that stand are the tallest columns in the Roman world, standing at 22.9 meters with a girth of 2.2 meters. There were 54 columns total surrounding the large substructure of 300 meters of the temple of Juniper. The quarried stones that form the foundation are the largest stones in the world. The stone blocks were quarried, transported, and placed precisely in position to create the foundation of the entire temple. One of the stones weighs 1000 tons measuring 19.5 meters by 4.3 meters. It remains a mystery to the historians and scholars to the construction, as in the construction of the Pyramids. In the modern world, humans have become weaker than formerly. Closely analyzing the armor of the knights, and soldiers in history, should explain for people that grew up within a certain lifestyle would become adept (strength level) because of the lifestyle. The Bedouin that climb Mount Sinai, and climb in the steps in Petra everyday, are much stronger than the westerner because of the strenuous everyday activity. Hence, if a person works in a quarry from a young age that person will be a person of strength, compared to the person that sits and watches TV and plays video games all day. Within the Bible, Moses wrote that when the twelve spies went to spy out the land of Canaan, they observed the sons of Anak and called them Nephilim, which the Hebrew definition refers to giants—the ten unfaithful, fearful spies, said they looked like grasshoppers compared to the sons of Anak. In addition, when King David faced Goliath, Goliath is said to have a shoulder span of seven feet. Understand the information as you like; nevertheless, the tallest man that exists today stands at eight feet and four inches tall. Comprehending that in history there were humans of very large size, including of immense strength, this information can explain how mind-boggling structures were built. After the conquest of Alexander the Great, Baalbek became known as the City of the Sun, known as the Heliopolis. Throughout the Roman era, Baalbek remained as the most important Temple in the Middle East. The rituals and the practices at the temple of Baal can shed some light on the demented behavior of the darkness. During the Canaanite epoch, the temple of Baal was the focus of all types of sexual and licentious forms of worship. The tablets found in Ugarit describe sacred prostitution, and bloodlust for human sacrifice. Baal’s consort Astarte, also known with names as Ashtoreth of Sidon, Mut of Egypt, Venus of Rome, Aphrodite of Greece, and Ishtar of Babylon—appear to have captivated people to the town of Baalbek. Eusebius, a historian, wrote early in the 4th century:

“At Heliopolis in Phoenicia, the cult of Venus has given birth to luxury habits. Men and women clasp together to honor their goddess; husbands, and fathers allow their wives and daughters to prostitute themselves publicly to please Astarte.”

Bacchus who is the same entity as Krones of Egypt, or Sin of Sumer, the moon god, enjoyed the entertainment, too. They drank, indulged in habits of luxury all night; drums, flutes, singing, and dancing accompanied the festival, a case of sex, drugs, and rock and roll. Baalbek endured a long time averse to the rise of Christianity, even so, Christianity became just as polluted with idolatry and falsehood of Ashtoreth and Baal. The lower entities receive mass amounts of energy from this type of human behavior. 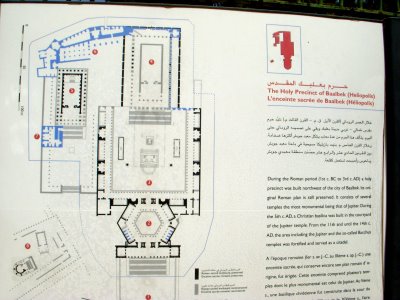 Moses commanded the Israelites to avoid the Canaanites lifestyle of the darkness, and to drive the Canaanites out of the land, which they failed. Instead, the Israelites preserved the Canaanites, and enslaved them because of laziness and selfishness. The power of the darkness engulfed the Israelite lifestyle—attaching to the worship of Baal by sacrificing on the high places, setting up forms of Idolatry in households, in the courtyard of the temple in Jerusalem, and around the country. The results of idolatry lead to arrogance, selfishness, greed, oppression of the poor, fornication, prostitution, adultery, and even human sacrifice that happened during the era of King Manasseh. Jeremiah promptly prophesied the results of failed Israelites: by blending, intermarrying, and cultivating a heart condition of the Canaanites, the two entered the exile in Babylon and returned as one—the whole world has been affected in a negative manner because the Israelites failure. Thus, the form of religion would slowly change to serve to disguise the truth from the time of the sixth century BCE. The behaviors that King Saul was rejected from Divine favor would become paramount in the world: arrogance, selfishness, greediness, irresponsibility, jealousy, impatience—ego-driven emotion such as feeling special, and playing the victim—qualities of the darkness that are predominant qualities of this world. Understanding the significance, and seriousness, of the historic value of the change in ardent worship from Before the Common Era to the Common Era, can aid a person to understand the predicament of this world today.

Conjecture what you like, although I find this type of historical information stimulating.