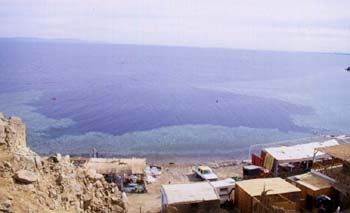 I went snorkeling in a place called Blue Hole just a few miles from Dahab. A very spectacular under-sea world. The fish in this area are truly amazing with all sorts of different colors. I thought Hawaii was good, this place is great. Snorkeling is so peaceful and pleasant. The coral reefs are the best in world next to the Great Barrier Reef. You can get more information on Blue Hole at this link. 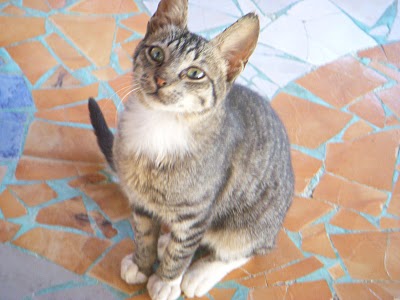 Absolute Divine Glory is under the oceans of the world. The different types, colors, shapes, and sizes of sea life. A vast kingdom exists in the underwater oceans. Understanding the depths of personality of the Almighty Divine Creator, a person can certainly study nature. Major wisdom resides in the behavior of animals, birds, and so on. Thousands of years ago it was taught that humans can learn from studying birds. Raising Parrots for awhile when I lived in Ohio, I can personally say – what was written is the truth. The under-sea world was not created for the enjoyment of man, that’s for sure. 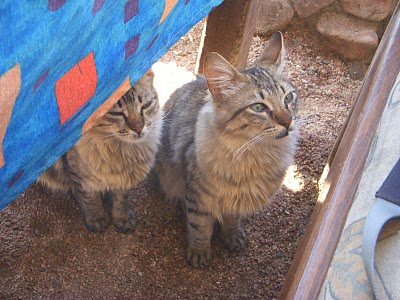 A Quick Update: I started to house sit/couch-surf, which the place I am staying at is a very nice, small, comfortable place. I will be staying at this house until next Tuesday. At that time I think I will be going to Mount Sinai and stay at a camp within that area. I am not to sure how long I will stay for. From there I will head to Nuweiba. While I am in Nuweiba I will try to get a good deal to go into the desert. From there off to Jordan, which I am ready for a new country, although I did create a firm foundation traveling Egypt for up to six months.

The Egyptian life is very difficult for the majority, although there are other counties that are worse, which most Egyptians can’t understand this because they have never traveled anywhere. Even if I tell them that some people in America are homeless, and live on the street, the concept really doesn’t hit a cord within them, all they can see is their life. Although, the blame cannot be put on the public alone. Their government does not help, which includes the wealthy people. It is a sad state of affairs, although becoming overly sympathetic is not the answer, which is an unhealthy emotion. This world is the way it is, and its suppose to be this way, which points toward a purpose.

Dahab is not the place it use to be; in the last five years it has changed from what many people have told me. With many resorts, hotels, shops, like everywhere else in Egypt, Dahab has been turned into a touristic diving haven filled with arrogance and greed. One major problem is the Egyptian men that work in Dahab. There are no Egyptian women working in Dahab because most people travel to work here for three months at a time. This culture does not trust women. Little does the small minded Egyptians know that women are much more loyal then men. From all the different cultural men I have met, I can say that the Egyptian men are the most emotional, basket case type, of people. Afflicted with a deranged mind because their old, out dated culture – living separate from the Almighty True Divine because their religion prays to a stone house, change is impossible. The biggest problem traveling in Egypt are the hotel staff.

I have found the men (the general masses) here in Egypt to be the weakest people emotionally; with the common characteristics of becoming jealous, envious, intimidated easily. Living in contempt for the other because of their slavery due to karmic bonds. Due to the fact that the Quran does not teach the truth regarding karma these people will never grow in life. Tormented with negativity, they succumb, automatically to the behaviors of self-centeredness by mocking others, ridiculing, laughing, criticizing, judging, gossiping about others to their injury – without any understanding of the depths of what love is: slavery, confusion, a low self-esteem, addiction, the separation of the love of the Divine is the result. Being demoralized through the work-place is a part of their karma. Working all day for pennies is also their karma. Karma which cannot be undone within this life – only if they pursue what is good in this life the person may be granted good karma in the next life. Due to the fact that their scripture does not teach the depths of what love is – they just add to their bad karma through treating other people like dirt by the misuse of the their tongue. The Quran doesn’t revel the curses and traps that the misuse of the tongue can cause. Moses, The Prophets, Jesus, The Apostles, The Buddha, and Krishna all taught about the misuse of the tongue and the karma it can cause. I am sure Muhammad, who lived at a high level of consciousness, taught about the misuse of the tongue, although the writers of the Quran seemed to have missed this point.

A country, where people (the majority) don’t listen; sure, they play the Quran all the time – everywhere – but they don’t listen; they are unable to catch the truth that the Quran teaches – they only hear. More concerned about an outward appearance and “covering the body”, because of their shame based culture – lying and cheating the traveler is a common everyday behavior. Their own scripture teaches that a person is suppose to treat the traveler/tourist with goodness, not deception. Most people, that work in tourism in Egypt, from my experience – lie and cheat regularly.

Although many or your common local people are very good, nice, honest people. The Egyptians (not all) that work in Dahab are sickos, although it is not as bad in Dahab then in Luxor. Henceforth, the Egyptian men that travel here for work in Dahab are ruining the area with their demented mentality, even though many people are more opened minded; the syndrome of tourism exists. The emotionally weakest type of men I have ever met so far, at least.

Each person is placed within a womb according to a person’s karma. From my experience in the last four months there are many reasons why a person is meant to live in Egypt. Enslaved to the core in a culture which provides the lower entities a place to thrive and attach to the demented mentality of this culture. A lower entity was a spirit who became so corrupted from the darkness in the spirit world that they were demoted to a lower entity. There are billions of lower entities which can only receive energy through the negative emotion of others, worship from humans, and self-centered attention, such as being attached to an item in a museum. Museum comes from the term – a place sacred to the Muses, or the shine of the Muses. A house of lower entities that are attached to items, sucking the energy from through the eyes of the public.

Many religions are the same on the subject of giving worship to the lower entities. Judaism prays to their master toward the western stone wall in Jerusalem. Christianity prays to a wooden or stone cross, Islam prays toward Mecca to a stone house. Idolatry in a purest form, although the masses of humans are thoroughly under strong deception. Even though, religion around the world does provide a path for many, the result is not only rebirth for the person who is attached, but karmic bonds are attached to the behavior of the country. Every religion breaks the first two commandments which Moses wrote down by praying to stone, wood, metal.

The Almighty Divine Godhead gives the world over to negative desire, boredom, loneliness, a demented thinking. Clearly a manifestation here in Egypt that the public, are not only enslaved under their culture because of the old cultural rules of the Quran, which is fifteen hundred years old; the most serious problem is that they are bowing down and giving acts of worship to the lower entities by praying toward a stone house, which they feel “God” resides.

Moses wrote about the curses of the practice of Idolatry. Today, the karmic curse is a clear manifestation for people and a country that pray toward stone, this includes people with an attachment to a religion of Idolatry.