When viewing the below pictures of Idolatry keep this story in mind – Genesis Chapter 31:30-35.

And now you have gone away because you longed greatly for your father’s house, but why did you steal my gods? Jacob answered and said to Laban, Because I was afraid, for I thought that you would take your daughters from me by force. Anyone with whom you find your gods shall not live. In the presence of our kinsmen point out what I have that is yours, and take it. Now Jacob did not know that Rachel had stolen them. So Laban went into Jacob’s tent and into Leah’s tent and into the tent of the two female servants, but he did not find them. And he went out of Leah’s tent and entered Rachel’s. Now Rachel had taken the household gods and put them in the camel’s saddle and sat on them. Laban felt all about the tent, but did not find them. And she said to her father, Let not my lord be angry that I cannot rise before you, for the way of women is upon me. So he searched but did not find the household gods. An Update: Lately, I have been just doing a lot of nothing. I found a wonderful coffee shop that has a basement that is very cool, and with super fast Internet that I have been visiting on a regular basis. I have been eating at home and the budget is going very well. I will be going to get my visa extended in a couple of days. I have found it an interesting change slowing down, not moving around. Certainly, I am thankful for what has been provided, although Beirut is not a city I would want to live in long term. 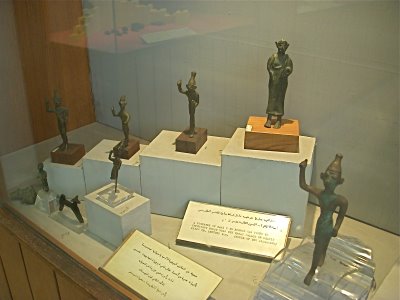 When I was renting the room in Damascus a women moved in from Bulgaria, although has lived in California for the last ten years. She e-mailed me and said she will be in Beirut for a couple of weeks. We have plans to do a couple of day trips together and hang out on the weekends. The house I am staying at has cable, which is better than the satellite most people have in the countries I have traveled. I am not one to watch much TV; I do like movies that are based on a true story. To compliment a movie based on a true story, I will do some research on the Internet to get the full facts of the story. Each person is living their life according to the path that is destined for them. Some people are meant to make a difference in the world or have an influence upon other people. Having an impact on another person’s life, helping a person to improve their life conquers the darkness in this world. The racially divided problems that this world teaches are based on lower entity dark influence.

I was visiting with a man in Jordan from the Sudan; he was an Arab and said he was white. I looked him and inquired about what he meant because his skin color was black. In the Sudan, the Arabs in the north and the capital are considered whites. The Christians in the south are considered blacks. The Africans, who don’t believe in the god of Abraham, are considered unbelievers and a lower nature. The skin color of the people of the Sudan is black. I was shocked. In Upper Egypt, the Nubians believe they are the original Egyptians from the age of the Pharaohs; thus, they call the Egyptians the whites. Nobody likes the Palestinians, people from Egypt, Jordan, Syria, and Lebanon never had anything positive to say about the Palestinians. One nationality not liking any other has been a common theme.

Surprisingly, there have been some good movies lately based on racial problems in America. Notably, a movie called The Freedom Writers. A white female teacher was hired to teach English to high school freshmen that were very racially divided. Not only Black and White, but also Latino and Asians were mixed in the class. From the classroom of students, none of their family members had ever graduated from high school. This teacher single handedly changed their perception in life. She worked two extra jobs to buy books, and provide some field trips, because the school would not provide properly for the students.

The teacher taught the students about the holocaust and had the class read the Diary of Anne Frank. Each student in the class wrote Miep Gies letter, the person who hid Anne’s family, and Miep Gies flew out to meet the class. This female teacher deicide to have the students’ journal about their personal thoughts. This class of kids who were racial divided in the beginning became friends and turned the class into “family”. This class was able to stay together with the same teacher for English all four years of high school, and they all graduated. Here is the best part of the story – this female teacher helped her students publish a book – The Freedom Writers, which is a compilation of all their journals. I found it to be an amazing story of breaking down the barriers of racism.

Visit this link for the web site of The Freedom Writers.

Beirut is a town that was divided in civil war for fifteen years, the Maronite Christians on the east that created a side called the Phalanges, and the Sunni Muslims on the west. A green line was created that divided the city, interesting enough; the street of the green line is where many bars and nightclubs are located today. Three hundred thousand people died during the fifteen years of civil war.

The Shiite Muslims played the game differently by taking hostages and blowing up the headquarters of the American military in the early eighties, although excluded from the Sunni and Christian power struggles. The Israeli involvement and the Palestinian refuges caused major problems for Lebanon. The Phalanges were Israeli allies.

Today the political situation is different here in Lebanon than during the civil war years. The trouble that happen a couple of months ago surprised the public from what people have said. In Lebanon, there is a strange mixture of groups that form the government. A mixture of religious, and sectarian strive is what has been created in the government. Now Lebanon has a president but they cannot agree on the cabinet.

The populace is stressed out, rising fuel and food prices, a dysfunctional government; the demeanor of the public portrays bitterness and dissatisfaction – indeed people here are not happy. Suspicion is at the forefront, although on a different level than in Syria.

From my experience, the country with the best sense of humor is the Egyptians. In addition, the most religious, traditional, along with the most strangest demented thinking, including the availably of drugs and prostitution resides in Egypt. On top of all that, the Egyptians are the most friendly and open to conversation regarding conversations of depth. Go figure.

People in Beirut are friendly but they are very busy like in the west. Politics is the subject. Occupied with their own life, stressed out because of the inflated economy, people are busy trying to makes ends meat. Relating to the stranger is completely different here and in Syria, compared to Jordan and Egypt. There is much more suspicion among the populace here in Beirut. People in Egypt and Jordan are much more willing to visit openly and have an interest in the traveler, than in Syria and here in Beirut.

To my surprise, the dressy outward appearance has been unexpected episode. The basic dressy appearance of men is pointed dress shoes, dress slacks; button up white color type of shirts. Among the conservative and traditional areas, the men dress more in a religious fashion. Long trousers are the norm even in 95-degree weather. The subject of being dogmatically positioned is an emotion in itself, an emotion that is directly related with being compelled to neatness. The emotional reality of humans that are dogmatically positioned is automatically compelled to want to look good before others – a person that is an observer will notice this among the world of religions. A low self-esteem, along with the ego that plays its game, is an issue regarding the outward appearance of an individual. The superficial feature among the public here in Beirut is a complete surprise.

Nevertheless, Beirut is the Paris of the Middle East and is a great town in its own way. I have found the city to be very safe, of course, anything can happen at anytime. Life is all about the moment.