The ascetic is one who sees the hereafter, while the worldling sees only the stable. But the chosen ones of God, who have knowledge, see neither the hereafter nor the stable. Their eyes are fixed on the first principle, the source of all things. When the chosen one sows wheat they know the wheat will grow, because they see the end from the beginning. So it is with barely and rice and all things-seeing the beginning, their eyes are not fixed on the end. They know the conclusion from the start. Such men and women are rare.

—The Selections From Discourses of Rumi. 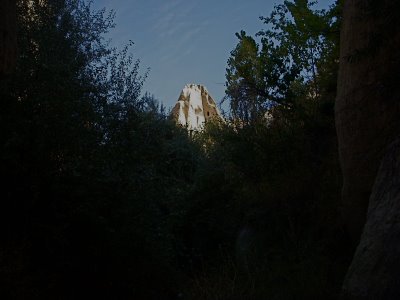 The majority of humanity are short shortsighted with the dread of death before their face. Supplied with knowledge—the rare, blessed individual can see clearly from the minds-eye—the conclusion of the earthly reality into eternity, although not only eternity, but the Indescribable Divine Source.