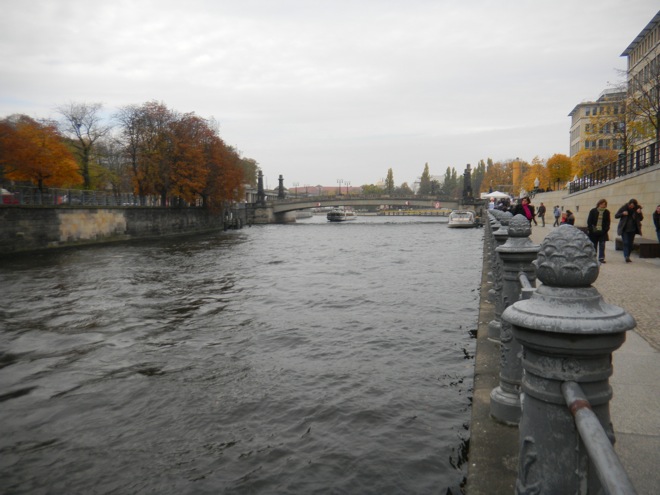 The Departure out of India proved to be pleasant because gradually I became very tired of the ultra-loud, dusty, and dirty streets of India. Sorry to say, but India is a garbage dump. The clean and quite infrastructure of Berlin is a welcoming site compared to dirty and smelly India. And, after being in India for 5.5 months, Berlin is a very nice city. The place I stay is ultra quite and clean.

I flew Aeroflot the Russian Airline through Moscow. The service is basic and both flights had low turbulence. For some odd reason I had heat-flashes on both take-offs and landings. I do not have any fear of flying, I have always enjoyed the air time—at cruising speed I was fine. The Moscow Airport was very quite with little informational boards. The Moscow airport has free wi-fi and lots of pretty Russian babes with high-heals, and some with fake boobs.

The Delusion of the Indian Culture:

Ironically, many educated Indians in Delhi are very deluded under their false pride and arrogance concerning the negatives aspects of their culture. Shame based cultures and personalities are afflicted with False Pride. Each prime Emotion such as Shame has a parallel emotion. Shame parallels False Pride with the sub-emotions of Arrogance, Haughtiness, and False Self-Assuredness. All the sub-emotions of Shame and False Pride describes the interactions of the majority in India.

Most Indians strive to talk your ear off of what they think they know. Most people try to make it look like you get ripped off, this is the prime reason why many people will ask how much something is that you bought, and some people will insist that you paid too much. It is another tactic that deludes in individual in a false sense of esteem. Some low-educated people will automatically assume you smoke, drink, and do drugs since you are a Westerner. Yet, the Indians like a Westerners who present themselves as clean and smart.

The Negative Emotional Cultural Based Personalities:

The emotions that relate and parallel with shame resides on the bottom of the Map of Consciousness. The shame based cultures and personalities progress slowly compared to fear based cultures. As a culture or personality rises out of a shame and guilt disposition, the powers of the darkness must use fear to control the culture or person. This the prime reason why fear is continually induced in the West. However, shame based cultures also experience strong fear, but within a different level of context. The Western induced fear is mostly based on preconceived ideas that are fabricated by the media. Cultural programed Individuals that are dogmatically positioned to the core experience damaged problem solving abilities. I have never experienced such strong cultural programing that completely has damaged the trouble-shooting capabilities within the Indian populace. I have continually tested people to “think-outside-the-box”, but to no-avail—the families continually control the thoughts and actions of the family members for fear of an independent individual that could shame the family. Individual decisions are void within most Indian families, the entire family will discuss the issue and make the decision; henceforth, the individual culturally programed struggles with independent decision making and effective problem solving.

There are some independent men that are single after 30. I have a friend in Bombay that I met in Puri that lives a bachelor life, he visited Varanasi and we met twice—he agrees that India is a shame based culture. This person lives an independent lifestyle and is able to maintain it within the cultural of India, but lives in the big city.

Arriving in the West many old familiar dynamics are observed—anxious minds that are trying avoid their loneliness. Unhealthy eating habits that consist of a lot of bread. A fearful apprehensive disposition that creates a timid dynamic that can cause paralyzed will. Yet, the fear based cultures of the West are much more progressive and emotionally healthy and the low consciousness level of the shame based cultures. This is the prime reason why shame based cultures are very noisy—a lower level of consciousness prefers noise and crowds that acts as a pacifier for loneliness and boredom. Lets face the reality that the entire world struggles with boredom and loneliness. Yet, each culture deal with the two emotional dynamics according to the cultural programming and the entrainment of the atmosphere. Avoiding loneliness is the prime reason why the Indians get married and have kids. With a 1.2 billion+ populace in India, their will continue to have kids because of the cultural programing.

I will not be returning to India any time soon, if I do return it will not be for a couple of years. For now on visiting shame base cultures will be limited to three months.