I rolled into Diyarbakir on Friday from Mardin. The hotel in Dirarbakir is the nicest hotel I have stayed at so far in Turkey for 20 YTL a night, the room is comfortable with air-conditioning; I have gone without AC since I left Beirut. I will be departing for Tatvan tomorrow. Diyarbakir is a pleasant, relaxed, conservative, mid-size city. An old fortified battlement wall surrounds the old city. The Kurdish here in Diyarbakir may seem rough around the edges, although they are very a friendly, kind people. Interesting, when I was in Antakya and Antep, when I mentioned about traveling to Diyarbakir, the Turkish would comment that people in Diyarbakir steal and are non-friendly. A pitiful world, people living with strong attachments concerning their own patriotic nationality—ingrained differences that produces inner hate. The lack of appreciation for the other culture is an ongoing theme from the onset, even from westerners that are traveling; there is a small percentage that avoids this negative thinking. The minorities, such as the Kurdish, Bedouin, Nubian, and in Siwa, retain a strong identity that aids to the survival of their culture. For the tourist there is not much to see here in Diyarbakir, although for the long term traveler the city is hassle free and a nice place to camp out for a few days. I met a nice Kurdish girl that works at this coffee shop (the picture above) she doesn’t speak much English, although she was nice to sit down for some tea with me, and offered me tea on the house. The same questions arise; what is your job and are you married.

I stayed only one night in Mardin. In Mardin, there is only one budget hotel; the room was clean, though the bathrooms were on the medium. There are many squat style toilets in this part of Turkey. I call them shit holes; nevertheless, the shit hole is OK if it is not fumigated from a century of excrement and urine. The shit hole is more sanitary if the modern toilet is filthy, although I have not been confronted with a grubby modern toilet—amazing. In addition, this hotel had a plumbing problem and the shower was shut down for a day. On top of those small details, the speakers of the Mosque were about two car lengths away from the hotel windows. Surprisingly, I slept through the Morning Prayer call. However, Mardin is a beautiful, friendly place to visit. Being granted the opportunity to observe and experience the traditional, conservative culture that is based from the Quran—the lifestyle and belief system is a complete contrast from the majority of the Western world. However, because of the 1000 plus years of the iron fisted rule of Christianity, not very long ago the Western world was as conservative and traditional, and many towns and states are still conservative, including the negative mentality among the populace. The dramatic change in America occurred slowly through music. Ray Charles wrote rock and roll lyrics and used the gospel rhythm; the religious populace viewed his music from the devil. Elvis Presley shocked the conservative straight-laced white population in 1956 with pelvic movements that the religious Christians viewed vulgar. The influence of the Beatles caused a cultural change that progressed into the hippy, sub-cultural lifestyle that freedom of expression was sought through drugs, sex, and music—an expression of peace and love was displayed at the concert of Woodstock in 1969. The older white, straight-laced Americans viewed the hippy lifestyle as misfits that are worthless and failures. That generation yearned for freedom of expression—the disco era of the 1970’s defined a way to express oneself through music and dance. 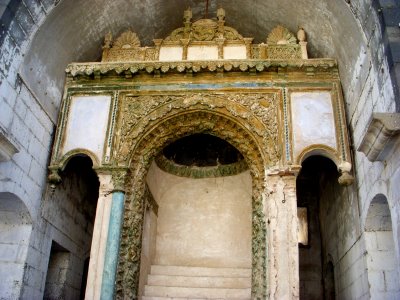 The control of religious behavior suppresses freedom of expression, guilt and fear are attached to the inner belief system of the individual that causes depression, a low self-esteem, and egocentric behavior such as judging other people. The power of the darkness is crafty and benefits from human depression and negative emotions.

Feeding the inner spirit properly is essential to good health. Dancing, music, reading scripture, the company of nice women feeds my spirit. What feeds your spirit?