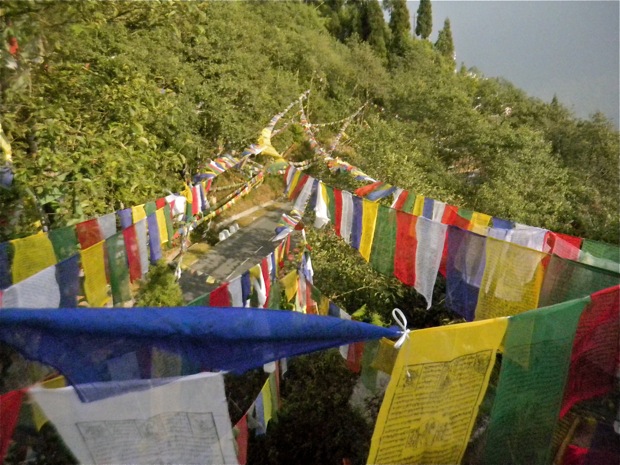 I will be departing soon from Varanasi and India itself. Most of you know I will be heading to Berlin for about 5 weeks. Then I decided to camp out in Macedonia. The last time I only stayed two weeks in Macedonia. Orchid is very cheap, beautiful, and excellent food; I might also visit Bulgaria during this time. After I will swing through the states via two nights in Iceland on my way down to Central America for the fall and winter. Going through the homestead will allow me to reorganize my technology. For now on, choosing a country will be selective according to the quality of food.

Indian food is the most problematic situation for myself. Mostly all restaurant food is spicy and acidy, and can cause a gout attack. Here at the home, since the last gout attack 6 weeks ago, I have been eating my own food, but still have had some digestive problems. It must be some of the raw food, although I have been eating raw food from the start of my stay and did not experience any problems for the first 5 weeks. Today I am going to the Apollo Clinic for a stomach check. The last country where the food was the worst was Albania. India produces good food and most travelers enjoy the different styles. Yet, for my chemistry it is not healthy.

I was able to find a cheap flight to Minneapolis this year. And, decided to travel Central American into South America this fall and winter. Visiting the United States will allow me to buy new tech equipment. The computer I am using currently I bought in December 2009 in Sofia. This unibody Macbook with 4GB of memory is a major workhorse. Yet, it is heavy weighing in around 5 pounds not including the cord. I also bought a 2nd generation iPod Touch in Athens, and bought a new camera in Berlin last October.

My plans are to buy the 11 inch Macbook Air which only weighs 2.3 pounds and the power pack is lighter. Also, I am thinking on getting an unlocked iPhone. Decreasing in screen size from the 13 inch to the 11 inch is a sacrifice, but the small Macbook Air is extremely mobile. I will of course configure the memory to 4GB. The iPhone can weed out a lot of cords and weight. I can sell my camera, Nokia flip phone, and iPod touch on ebay, and replace everything with the iPhone. Also, the iPhone will allow me to check email, websites, and other programs through the phone network when I cannot get a wi-fi connection. The iPod touch is a great music player and game player, but since most wi-fi connections are locked, the iPod will remain limited.

The iPad 2 is very tempting, too. There are a few things that the iPad 2 can do for a traveler. First, the iPad is large enough to read paid PDF’s from Lonely Planet, books and online magazines. The iPad is lighter and smaller than the Macbook Air 11. Make sure you buy the AT&T when buying the iPad 2 with 3G because the sim-card inside is unlock, the Verizon is not unlocked. Having 3G would be ideal when there is no wi-fi, but not all countries are supporting the iPad 3G service. Pictures can be taken with the iPad, but carrying around an iPad without a backpack is not wise in some countries, plus I try to avoid carrying a day-pack in the first place. I know I will be selling what I have on ebay and buying new tech gear.

I am also looking at getting a lighter pack from MEI Travel Packs, but the same size.

Previous post: The Shame Based Culture of India and Backward Hospitality