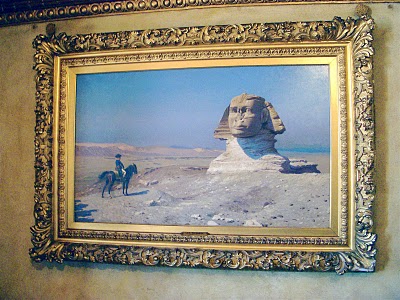 Two weeks to go and I have everything sold except my truck (I started to write this post 9/30/07). The lady that bought my bed for her daughter is interested in my truck. At the moment she is in need of transportation and is willing to wait until November ninth for the sale. Selling things on Craigslist; everything sells better by offering delivery with a charge. Two of the items I sold the buyer didn’t even come over to look at what I was selling due to having good clear pictures of the item, they said they will take the delivery.

I sold a lot of things through Craigslist this past year and everyone showed up and was honest in doing business. California is an interesting place, there’s a deeper level of culture which is based on honesty. I found that being honest yourself is what you will get back in return.

For an example, the selling of my bike. The person that I sold my bike to was a woman that lives in town, although her father came with her and wrote me a personal check. Him and his wife was traveling from New Hampshire for the last year on a road trip. The check was from New Hampshire, which takes much longer to clear from the bank. I am very good at picking up the intentions of a person. Although, anybody could write out a bad check, which if a person pursues the issue, a hassle is created.

If something like that would happen, I would just forget about it. The reason is because when someone steals, it is on their head, not mine. Moses said “Do Not Steal”. Of course the check cleared – I am just giving an example. The woman that bought my bed lived in San Jose. She didn’t even look at it and said on the phone that she would pay extra for delivery and the set up of it, I needed to make two trips, forty miles one way. The thought always runs through the mind; is the person for-real? Again, it’s being honest toward them is the trick. Breaking down the bed, loading up the frame is a major job in itself, then driving over the hill to San Jose would be taking a chance for many people. The point of the matter is intuitively sensing the person’s intention, manifesting your trust for them, and of course offering a good deal. Delivering the bed to the women in San Jose worked out great, her daughter is very happy.

E-bay is another great resource I have used by selling things this past year an a half. I started to sell things back around March 2006, it has been a major process which having time has been the key.

Everything are going according to the time table, I am entering into the lifestyle of a nomad on October sixteenth 2007.