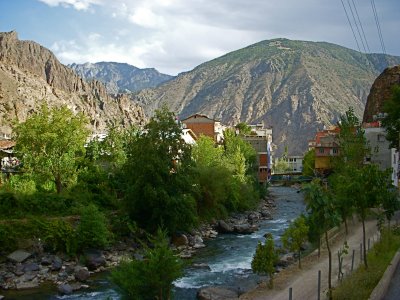 The first three pictures are of Yusufeil. 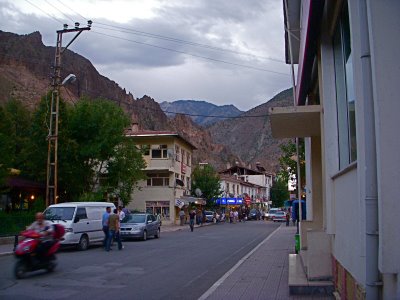 Today, I arrived in Trabzon. I decided to skip heading to Barhil because of the lack of transportation up the hill from Yusufeil. I took a Domlus (minibus) to Artvin and transfered onto a Pullman bus to Rize and stayed one night. 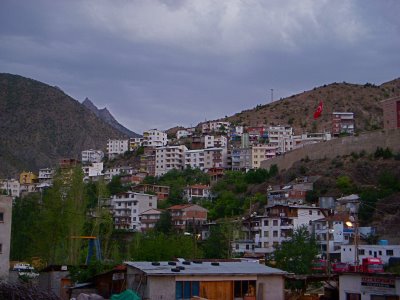 The drive was spectacular—as we got closer to Artvin, the landscape continued to get greener. The area from Artvin to the Black Sea resembles a rain forest. This is the greenest scenery I have viewed since I left California. Artvin is built on a hill into the mountain. A very scenic amiable view from the mountain top with low clouds (the picture below). Some of these pictures have a slight glare from the bus window. 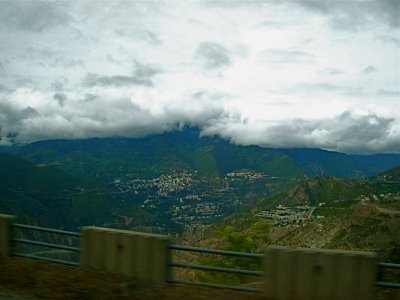 While I was in Yusufeil, I met a few guys that spoke good English. Within a small town, the culture can be much more difficult than a mid-size city. There resides 80% men next to 20% women in Yusufeil, meeting a woman for a man is very difficult, a large percentage of men are single. Among the small towns that I have visited the percentage of men dominate compared to women. The guy I visited with explained if he saw a women that he might have an interest in, he would tell his father, and the family would arrange a visit with the woman’s family. If the families agree, the two would get to know each other on the phone and within family until an engagment. 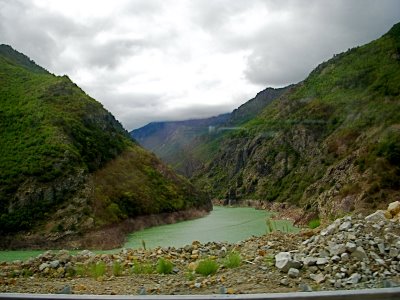 Once the two are engaged they could have tea or dinner together in town. The honor verses shame subject is a continual issue. I explained what I learned about some Kurdish towns, and they explained that if a guy is engaged to a Kurdish women and breaks off the relationship, the man would have to go hide in a cave, because the father and brother would kill him. He explained that if a shameful event occurred in this area of Yusufeil, an honor killing could take place, although since people live by the rules, an honor killing is rare. 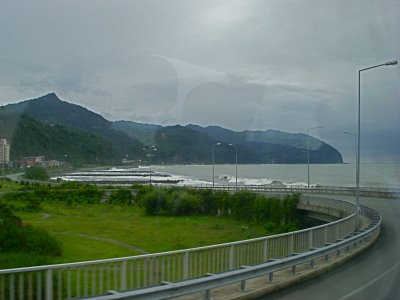 This person expressed that the tourist season is ending and the economics are difficult for the locality; ramadan starting early did not help, he expressed. I expressed an idea about leaving to find work in a big city, or moving to an area where he could meet a women, he said that moving is against the culture—this man is at the age of twenty-seven. What I find interesting is in the West, or at least in America, if a guy stays at home after a certain age he is viewed as lazy and irresponsible. The perception here in Turkey, concerning a man staying at home is the complete opposite compared to America. 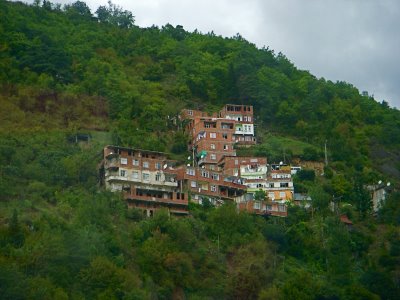 I could deeply feel the controlled cultural and economic strain, including major boredom, upon this sector of small towns of Yusufeil. Each person is born within an locality, a culture, and with a religion or without, according to their unique personal path, and karmic bonds. 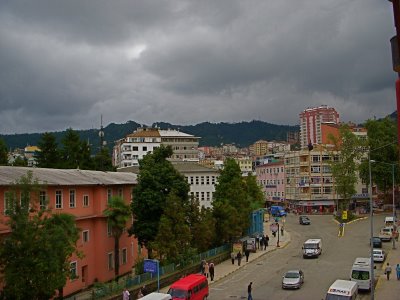 The above picture is of Rize.