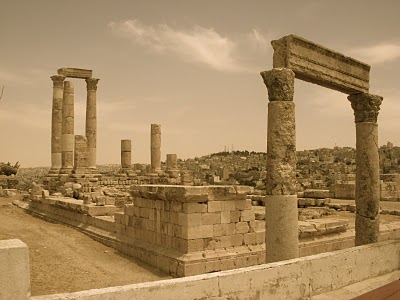 The area of Amman that was first inhabited was of the Ammonites which was descendants of Lot and his Daughter. Rabbath-Ammon was the powerful capital of the Ammonites which was on one of the highest hills just up from the city center of Amman. During the Roman period Amman was called Philadelphia, and was also a seat of the Christian Bishops during the Byzantine rule. Originally built on seven hills, now Amman spreads across 19 hills. 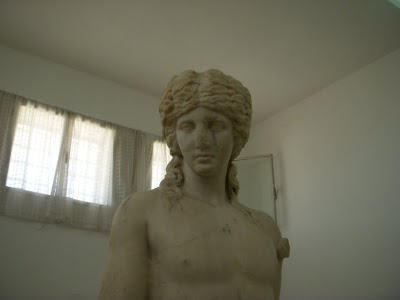 Today the area that was first settled is referred to the Citadel. A major defense system it was, which allowed Rabbath-Ammon to survive so long. There is not much remains from this time of history, nevertheless, in the museum they have I found to be very impressive. The museum houses items from the stone age, pre-bronze age through the late bronze age and into the Iron age, The museum has some very impressive items from the Roman period. Also, they have a section of the Dead Sea Scrolls, which I found interesting. 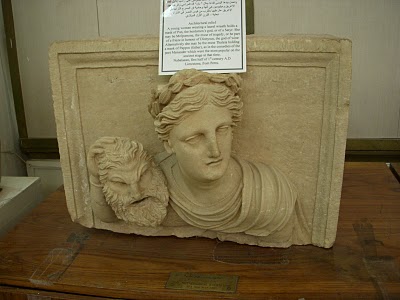 After the time of Muhammad the Umayyad Empire began to rule and built the Citadel upon the hill which still stands today. There are not all that much for the tourist to see, most people said they only stayed three days or less in Amman. For the long term traveler – Amman is a great place to hang out, and certainly hassle free. 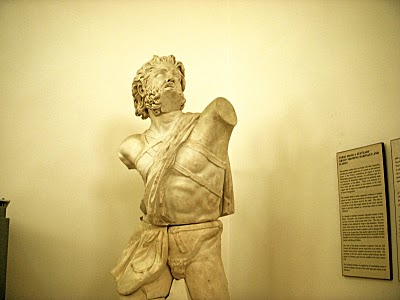 Indeed, connecting with the locals provides satisfaction and is very rewarding next to just being focused on going to the sites. In Madaba the two days that I went to some sites in a car, I found to be very exhausting. Basically, something I’m not interest in doing everyday. I would much rather take a bus and go to one site a day. Certainly time is the factor for many people. Having time can be a luxury, although for some it can also be a curse.

All of the pictures above are from the Roman Period. I just uploaded about 100 more pictures on Shutterfly.