Budapest is a hidden gem at the edge of central Europe, close to where the Iron Curtain once used to delineate the border between the free Western world and the oppressed East. When you visit Budapest nowadays, however, you’ll be hard-pressed to find any signs of the destruction caused by the Communist regime. The Hungarian capital is much more likely to remind you of Prague, Vienna and, generally speaking, the luxury and elegance of the Austro-Hungarian Empire of yore. The most apparent signs of the empire’s past greatness are Budapest’s eight famous bridges, which arch gracefully over Europe’s greatest river, the Danube. Join us as we explore three of the most beautiful bridges in Budapest, and feel free to learn more about the remaining five yourself.

Memories of Elegance Past – Margaret Bridge:

The Margaret Bridge was ‘born’ out of a design competition, which was initiated in May 1971. Some 43 applicants sent in their best design – they hailed from England, France, Germany, and Austria and were some of the day’s best-known and most skilled architects. The bridge was the second permanent one in Budapest to be completed after the renowned Chain Bridge. 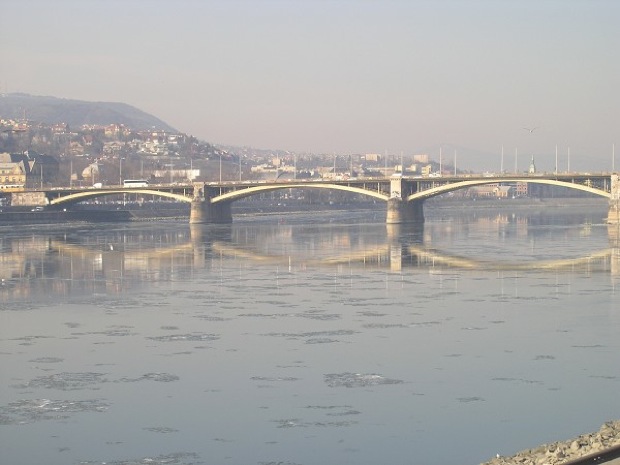 It was built twenty years after its inauguration and links the Szent István Boulevard with Margit Boulevard, while also touching the Margaret Island. The Ernest Gouin design is elegant, unobtrusive in appearance and reminiscent of the era’s Parisian style – a genuine example of the French Neo-Baroque style. The bridge was heavily affected by the bombing of Budapest that occurred during World War II and today is in dire need of renovation. However, works on the bridge have been postponed, as they would heavily affect the free flow of local urban traffic.

Built following an 1894 design competition, the Elizabeth Bridge reminds one of the beautiful wife of Austro-Hungarian emperor Joseph I, Queen Elizabeth. It spans 290 meters of the furrowing waters of the Danube and was built simultaneously with the Liberty Bridge, which, at the time, was known as the Franz Joseph Bridge, in honor of Elizabeth’s husband. Crossed by trams today, the bridge was not initially designed for this purpose, and the first tramway lines graced its surface in 1914, more than ten years after the bridge was first inaugurated. The bridge we see today is, in fact, a wholly different structure from the original one, completely destroyed during the World War II devastation of Budapest. Hungarian rulers decided to rebuild the bridge during the 1960s, more than twenty years after it was destroyed. It is well known to locals and tourists alike as the most elegant bridge in the Hungarian capital, thanks to its graceful shape and immaculate white color.

The Chain Bridge is iconic for Hungary’s capital for a variety of reasons. For one thing, it is the first permanent stone bridge built to connect Buda and Pest and the second one to run across the entire width of the Danube. It derives its name from the iron chains that sustain the road-bed, which, in turn, are held by two 48-meter classical river piers. 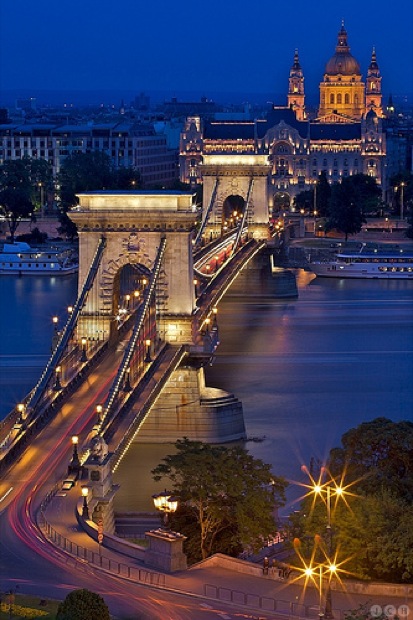 Another striking feature of this bridge is the lion-shaped capstones, adorned with the country’s coat of arms, a crown and a leave wreath, which stand on the portals at both ends of the bridge. Due to an increase in traffic flow, the ironwork was replaced and enforced between 1913 and 1915, a period which also saw the renaming of the bridge into the Széchenyi Chain Bridge. Today, the 380-meter long bridge hosts two traffic lanes, as well as pedestrian areas. It is beautifully illuminated at night and, together with the Parliament building, is the most representative image of Budapest.

Previous post: Nomadic living is the best form of relaxation