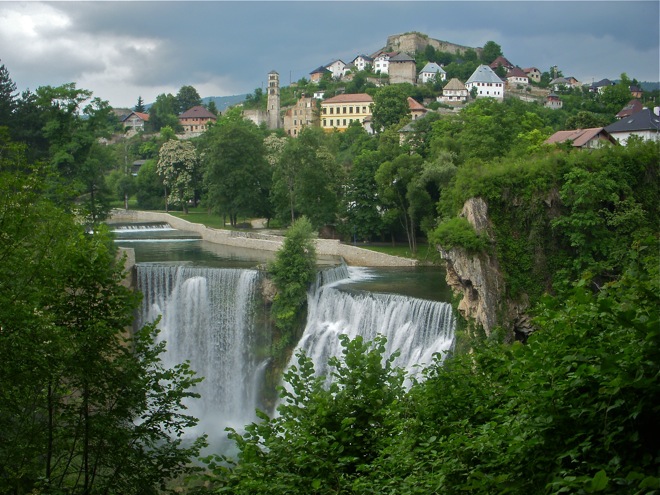 The small town of Jajce is a travelers hidden gem where the Pliva river plunges 21 meters down into the Vrbas river. Off the beaten track for western tourists, but popular with Bosnian visitors, Jajce’s fortified castle and old town sits above the delightful powerful waterfall that is surrounded by the rising Balkan mountains. The Old Town of Jajce

As the tourist trail of Sarajevo to Mostar and next on to the Croatian coast dominates the minds of holiday-makers, Jajce is a hidden gem that is slow, quite, exceedingly beautiful, and consists of decent historic sites for the long term traveler. An inexpensive stay that is coughing up only 8 Euros a night for a comfortable room, private bathroom, and a shared kitchen, yet in an obscured building with 9 rooms that is a ten minute walk from the center; I will slumber a couple extra nights, but without the valuable Internet. I am the only person at this building, except one family that stayed one night. The Old Walled Town of Jajce

Jajce is located in the Federation of Bosnia Hercegovina, but on the edge of the Republic of Srpska. Jajce is a mixture of Serb, Croatian, and Muslim, but during the war mostly the fighting were between the Serbs and Croatians. The Croatians and Serbs don’t consider themselves of Bosnia, such as a Bosnianik. Banja Luka is in the Republic of Srpska, predominately Bosnian Serbs. 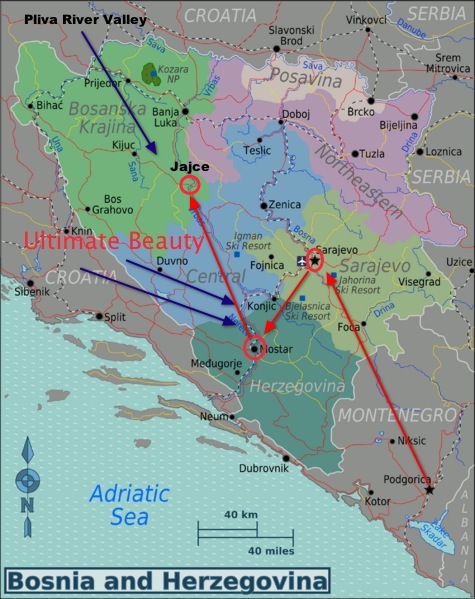 I contacted some Couchsurfers in Sarajevo and it looks like landed a flat for August, the woman is leaving for 45 days and said I can rent her flat for 30 days for 300 Euros. I am going to head to Banja Luka and sweep around the Northeast and head back to Sarajevo to check out the Flat. I will have another post about Jajce with some nice pictures of the Waterfalls.

Next post: Jajce and the Waterfalls, A Short History and the Weather Report.