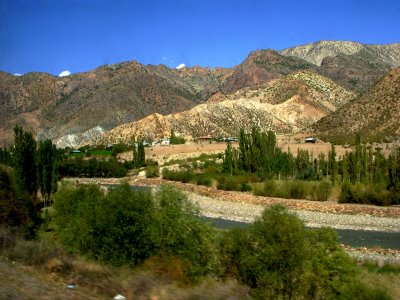 I arrived in Yusufeli from Kars on Wednesday. The ride through the Georgian Mountain valley is spectacular. The road follow the Oltu River through gorges and valleys. I took a bunch of pictures from the bus traveling on the road, some of the pictures are tainted from the dirty bus window, although I really wanted to get some pictures for everyone. 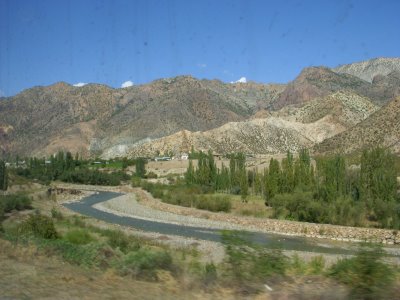 For anybody traveling by motorcycle this trip through the Georgian Mountains here in Eastern Turkey should not be missed. Many parts of the trip reminded me of the Sierra Nevada Mountains in California. 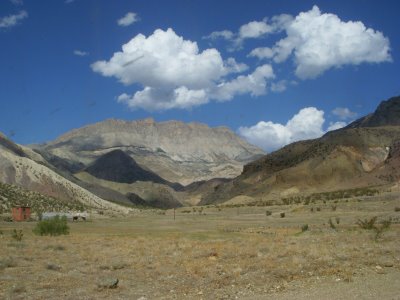 The inhabits of the Georgian Mountains dates back to the 4th century CE; the Persians and Byzantines battled over the land. The battle continued in the 7th century between the Arabs and the Byzantines. In the 10th century this area became the part of the Georgian Medieval Kingdom governed from the Bagratids—the same family line that governed Kars. All sorts of exciting history took place up to the golden age for the Georgian Kingdom between 1184-1213 CE. In 1386 the Mongols conducted a brutal, fierce calamity that pushed the area into decline. The Ottomans and Russians continued to inhabit the area….and the story continues. 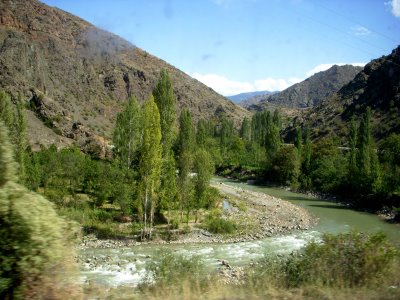 Yusufeli is a nice small town in the mountains that expresses a relaxed feeling. The hotel I am staying at is on the river, I will be listening to the relaxing sound of the river current all night. 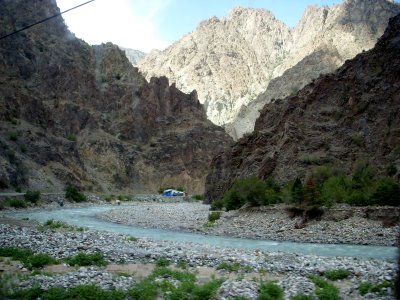 Yusufeli is a prime tourist spot during the months of early summer, people come out for the excellent white water rafting when the river is high. The rainy season starts at the end of September, I am observing that this is a great time to visit the area for my style of travel—there are no tourists. I am thinking on heading to a town called Barhal further up the mountain—Yusufeil’s elevation is 560 meters, Barhal is sitting at 1300 meters above sea level.