Friday I arrived to the charming mountain town of Krusevo about 30 kilometers west of Prilep. Krusevo is known for old houses, a famous uprising against the Ottoman Turks, and the home town of the Late Tose Proeski, until his death he was the most popular Macedonian singer of the Balkans. Krusevo’s population is around 5500. 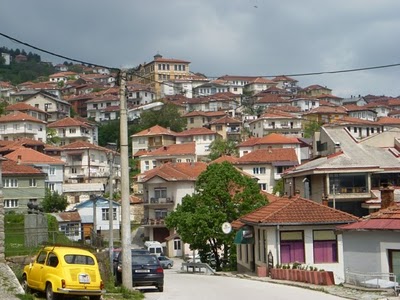 Kruševo is famous for being one of the first balkan republics and the highest town in Macedonia. It developed into a large prosperous town in the 18th century. It was inhabited by Macedonian Vlachs (Macedo-Vlahs) and Macedonians from the Reka region in Western Macedonia called Mijaks. On 2nd of August 1903 the Ilinden Uprising started in Kruševo, the biggest rebellion of the Macedonians against the Turks. On the freed territory Kruševo Republic was established which lasted for 10 days and Nikola Karev was proclaimed president. He wrote the Kruševo Manifesto which called all peoples that live in Macedonia to join them in the struggle for freedom.

Settled on 1350 meters above the see level, Kruševo is the highest city in the Balkans. 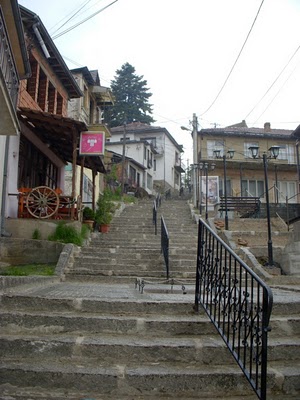 In 1926 Kruševo was visited by the internationally renown architect Le Corbusier who admired the local architecture. I am staying in a nice studio that has a private bathroom and a kitchenette for only 10 Euro a night, I will stay for three nights. I am able to get a wireless connection from the restaurant across the street. It is still slightly cold, but can’t change the weather so might as well enjoy the moment. 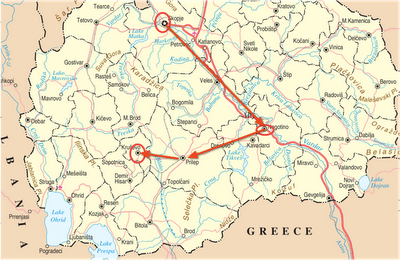 Travel route so far in Macedonia.

Next post: A Few Different Dynamics of Travel within Round Two.