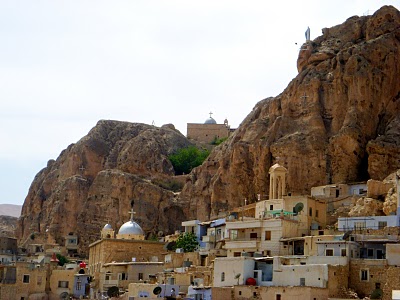 Greetings everyone, I am still in Damascus, I’ve been having a good time. Damascus is a very social, relaxed city. I met a woman from New Zealand; she is here in Damascus learning Arabic for three weeks. I hooked her up to rent a room in the flat where I am staying. There are five rooms, although this place is more like two flats in one. There are a few good chess players in this area that I have been hanging out and have playing some good games. The coffee café where everyone hangs out was the first café in this area. The area I am staying is called Souq Saroujah; it is the first area to be inhabited outside the old city when the population overfilled in the old city. This is an area I could stay and live because of the enjoyable atmosphere and friendly people.

I will be leaving soon for Tartus and making my way around the country. From Tartus I will be visiting Lattakia, Hama, and Aleppo. From Aleppo, I will travel along the Euphrates to Raqqa and Deir ez-Zur. Then to Palmyra the most popular site in Syria. By the 18th, I should be back in Damascus and I will head to Beirut. 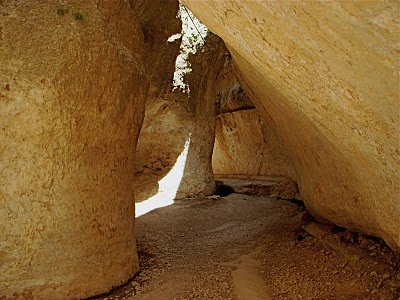 All of these pictures are of a town, about one hours drive north from Damascus, called Ma’alula. A charming little town set in a narrow valley in the foothills of the Jebel Libnan ash Sharqiyya, many colorful houses built into the cliff face. Ma’alula is a very Christian area that should be noticeable from the pictures. As you can see from the pictures, there is a walkway kind of like the Siq in Petra. According to the story, a student of the Apostle Paul named Thecla – was being chased by Roman soldiers who were sent to execute her for her faith. Cornered against the cliffs, she prayed for help and the solid rock cliff split in two for her escape. In this area, there is a monastery and a convent. From Egypt to Jordan and here in Syria, the Orthodox Christians reveres St George. In Coptic Cairo, Madaba, and here in Ma’alula they have churches dedicated to St. George. There are many other churches throughout Egypt and Jordan that they named St George. Here in Ma’alula they have churches and shrines named after St Takla or Tekle Haymanot who was an Ethiopian Monk, and of St George. Of course, I find it to be a bunch of Idolatry – Idolatry at its best – but religion is an enormous part of this world and for many people they need their religion for inspiration. I have found it interesting how George was set up as a form of Idolatrous worship, you can find out the story at this link. 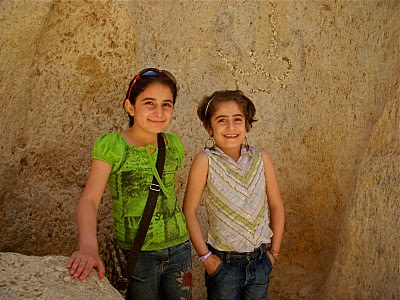 I have not decided if I want to leave tomorrow, I could stay in Damascus another week, although that would give me only two weeks to travel the country. If I don’t leave tomorrow, then most likely, I will leave on Saturday.